Chopard’s first ever boutique in Saudi Arabia opened its doors in April this year with its partner Attar United revealing plans to launch more outlets for the  luxury watch and jewellery house in the kingdom.

The flagship new boutique is located at the Panorama Mall in Riyadh, the capital of Saudi Arabia. The 210-sq-m boutique is decorated according to Chopard’s concept designed by the famous French architect Thierry Despont. With light-toned wood (white oak), opulent leathers, silk and precious velvet, along with a fireplace, Despont has chosen to maintain the luxurious, comfortable charm of the former boutiques, while modernising it to create the feeling of visiting a beautiful private home with well-defined areas accommodating high jewellery creations, watches and accessories.

He has done so while focusing on a sense of intimacy conducive to enabling customers to stroll around the stores in a relaxing manner. Each detail of these points of sale has been thought through in conjunction with Caroline Scheufele, co-president of Chopard and head of the brand’s distribution network.

“With these new environments, we want to encourage our clients to discover the multiple facets of Chopard’s universe,” comments Caroline.

Created with the help of centuries-old craftsmanship techniques, the new boutiques successfully combine a fascination for cutting-edge technologies with a love of art and environment-friendliness.

Chopard Co-President Karl-Friedrich Scheufele, who was present for the event, said: “We are thrilled to have Attar United as part of the Chopard family. Thanks to this first Chopard boutique in Saudi Arabia, we look forward to offering the best customer care to our valued clientele in line with Chopard’s tradition and savoir-faire.”

“This visit reflects the serious and long-term commitment of both Chopard’s management and the Attar family towards the brand development and expansion in Saudi Arabia through the new Chopard boutique, the first of several to be set up in Riyadh and other cities of Saudi Arabia.”

Louis-Ulysse Chopard founded his own watchmaking workshop in 1860 in Sonvillier, the Swiss Jura. Since 1963, Chopard is owned by the Scheufele family and its headquarters are located in Geneva. Internationally renowned for its watches and jewellery creations, the group today employs about 2,000 people worldwide. It is independent and vertically very integrated, controlling the entire process from design to distribution through 1,600 points of sale and 130 dedicated boutiques.

Chopard has built its reputation on iconic collections such as Happy Diamonds, Happy Sport and Mille Miglia and is also highly recognised for its high jewellery creations and fine watchmaking and manufacture expertise, expressed in the LUC collection.

According to two of its fundamental values, respect and social responsibility, Chopard is strongly committed to various philanthropic organisations. Long-term partnerships tie the company to the José Carreras International Leukaemia Foundation and the Elton John AIDS Foundation. Last but not least, Chopard is a faithful partner of the Cannes International Film Festival and legendary classic car events such as the Mille Miglia in Italy and the Grand Prix de Monaco Historique.

Established in 2011 by Omar and Mohammad Attar, the sons of Sheikh Saddik Attar, Attar United has been appointed as Chopard’s franchise holder and will sell the entire collection of Chopard products through dedicated branded boutiques. Attar United plans to open more Chopard boutiques within the kingdom, with the intention to be present in Riyadh, Jeddah, and Al Khobar.

Meanwhile, Chopard has been busy unveiling a range of creations for 2014 including new Animal World jewelled watches, a new Red Carpet Collection for the Cannes International Film Festival in France, and a new watch from the Superfast collection to commemorate Porsche’s return to the FIA World Endurance Championship.

The Animal World collection, launched in 2010 by Caroline to commemorate Chopard’s 150th anniversary, is an extraordinary bestiary of 150 different animals, all one-of-a-kind creations.

With this collection, Chopard has contributed to the emergence of a new modern vision of jewellery by turning its attention to all kinds

of creatures. Insects, reptiles, fish, wild animals and pets have been depicted, some in a realistic way and others with a humorous and mischievous twist.

A playful brown diamond chimpanzee with a swivelling arm plays with a watch set with emeralds, tsavorites and reddish orange sapphires to mischievously alter the time; while a dainty snail in subtly graded shades of brown and cognac-coloured diamonds appears to be following a path known only to itself, on a precious leaf set with tsavorites and diamonds.

Meanwhile, the Cannes Red Carpet Collection featured 67 creations including a dazzling diamond necklace set, all of which made their debut at the festival.

The romance between Chopard and Cannes has blossomed since 1998, when Chopard became the official partner of the world’s most renowned film festival. Since the 60th anniversary of the festival in 2007, Caroline has annually created an haute joaillerie collection called the Red Carpet Collection – to exalt the beauty of the actresses for their red carpet appearance.

For 2014, the 67th edition, the 67 creations were inspired by the glamour of the actresses who lit up the heyday Italian cinema in the fifties and sixties.

The highlight of the collection was the Riviera set: a dazzling diamond necklace and matching earrings totalling over 100 carats of brilliant cut, marquise cut and rose cut pear-shaped diamonds.

Chopard’s new Superfast Chrono Porsche 919 Edition, meanwhile, celebrates the partnership between the house and Porsche Motorsport in the FIA World Endurance Championship – which this year welcomed back the German firm after a lengthy absence.

Chopard has been Porsche’s Official Timing Partner since the start of the 2014 championship season and the watch is dedicated to the new Porsche 919 Hybrid racing car and Porsche’s return to the 24 Hours of Le Mans Race in France, which was held in June and is one of the highlights of the season.

The sophisticated COSC (Contrôle Officiel Suisse des Chronomètres) chronometer-certified flyback chronograph with its 45-mm-diameter case and flyback function beats to the pace of a mechanical Chopard 03.05-M calibre, chronometer-certified by the COSC. This ‘engine’ and its oscillating weight may be admired through a sapphire crystal engraved with the inscription “Official Timing Partner Porsche Motorsport”.

The stripes on the dial evoke the racing car’s rear diffuser. Likewise, the “919” appearing in a red rectangle inside a 9 o’clock sub-dial is identical to the number of the Porsche racing cars. Finally, the rubber strap is inspired by slick tyres serving to negotiate bends at extremely high speeds.

This chronograph proclaims a highly exclusive nature that is a perfect match for the legendary Porsche cars, since the new Superfast Chrono Porsche 919 Edition from Chopard is produced in a strictly limited 919-piece series reserved for those who are quick off the mark! 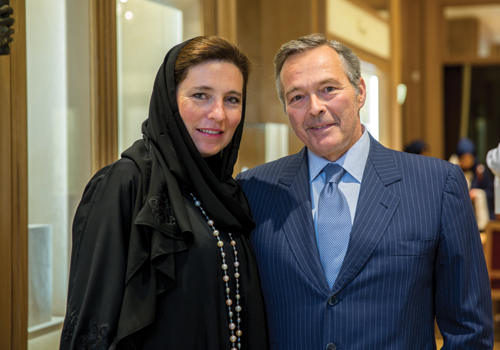 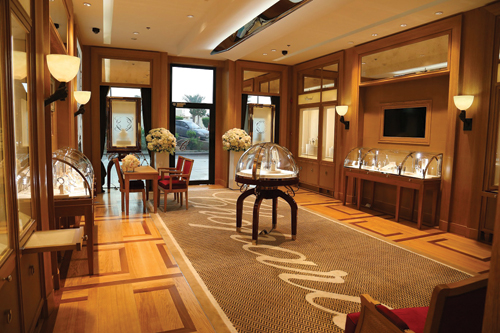 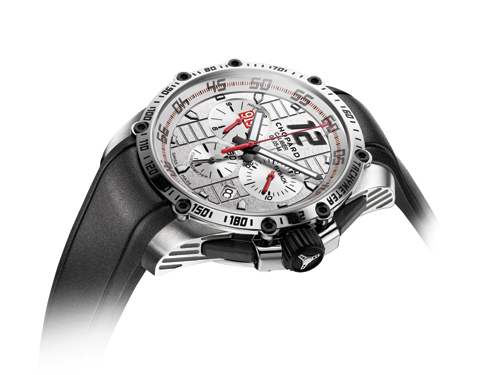 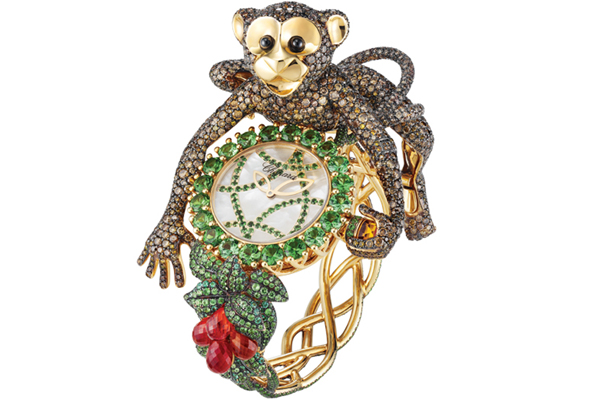 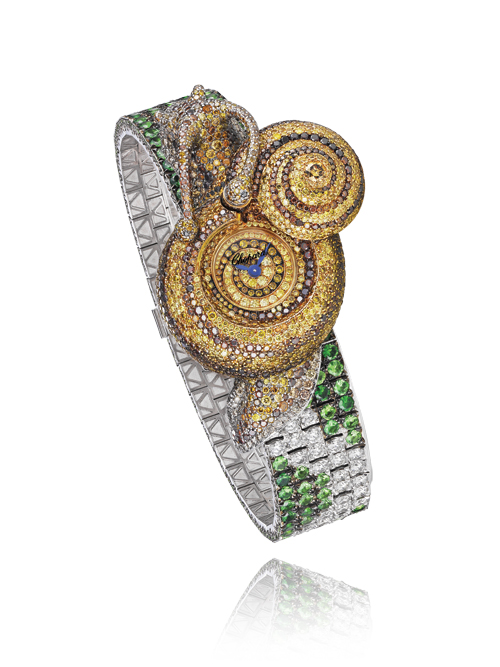