Ford has unveiled an all-new GT, an ultra-high-performance supercar that serves as a showcase for its EcoBoost technology, aerodynamics and lightweight carbon fibre construction.

Beginning production late next year, the GT hits the road in select global markets to celebrate the 50th anniversary of Ford GT race cars placing 1-2-3 at the 1966 24 Hours of Le Mans.

“As we at Ford drive innovation into every part of our business, it’s worth remembering that our first innovation as a company was not in a laboratory, but on the racetrack,” said Mark Fields, Ford president and chief executive officer, referring to Henry Ford’s win of a 1901 car race that inspired financial backers to invest in his company. “We are passionate about innovation through performance and creating vehicles that make people’s hearts pound.”

The all-new GT supercar features rear-wheel drive, a mid-mounted engine, and a sleek, aerodynamic, two-door coupe body shell. It is propelled by the most powerful EcoBoost production engine ever – a next-generation twin-turbocharged EcoBoost V6 producing more than 600 of horsepower.

The GT makes extensive use of lightweight materials, including carbon fibre and aluminium – enabling outstanding acceleration and handling with improved efficiency.

Ford’s commitment to and capability in delivering technologies typically offered only in elite vehicles is evident in the GT. These include advanced active aerodynamics, such as a deployable rear spoiler, and a host of material and technology innovations.

“The GT is the ultimate execution of an enthusiast supercar,” said Raj Nair, Ford group vice president, Global Product Development. “GT includes innovations and technologies that can be applied broadly across Ford’s future product portfolio – another proof that Ford continues raising the performance bar while ultimately improving vehicles for all of our customers.”

The all-new GT features advanced lightweight composites, which will help serve Ford’s entire product lineup moving forward. With the broad application of structural carbon fibre elements, the GT will exhibit one of the best power-to-weight ratios of any production car, says Ford.

Ford EcoBoost technology is available in every new Ford car, utility and light-duty pickup in North America beginning this year.

The engine demonstrates remarkable efficiency – a key attribute of its endurance racing-derived powertrain, where exceptional performance combined with efficiency is a critical competitive advantage.

Ford’s twin-turbo EcoBoost V6 raced to three wins in its first season of the IMSA TUDOR United SportsCar Championship in 2014, including a win in the prestigious 12 Hours of Sebring, along with seven podiums over more than 15,000 endurance racing miles.

The GT features an all-new, port/direct dual fuel-injection setup to improve engine response, plus a low-friction roller-finger-follower valvetrain. The EcoBoost V6 will be paired with a seven-speed dual-clutch transaxle for near-instantaneous gear changes and exceptional driver control.

Aerodynamic efficiency is at the heart of the GT design, actively reducing drag while aiding downforce and stability.

From its optimum tear-drop shape to its aircraft-inspired fuselage and visibility-enhancing curved windshield, every slope and shape is designed to minimise drag and optimise downforce.

Although each surface on the GT is functionally crafted to manage airflow, it also features fully active aerodynamic components to improve braking, handling and stability.

An active rear spoiler is keyed to both speed and driver input, reactively deploying and adjusting its height and/or pitch angle depending on conditions.

While it shares a legacy with classic Ford racing and performance cars, GT is a fully contemporary and functional shape that communicates modernity and pure beauty.

The narrow-profile canopy reduces frontal area and caps a purposeful interior that provides state-of-the-art technology to ensure control, comfort and safety. The two-seat cockpit is accessed by upward-swinging doors, and features driver and passenger seats integrated directly into the carbon fibre passenger cell.

“While we hope enthusiasts rejoice about this all-new GT, all Ford customers will benefit from the ultimate performance Ford and its new-generation innovations,” said Nair. 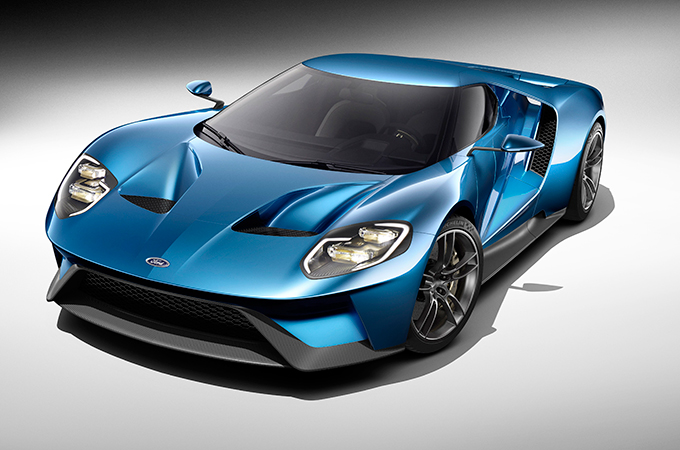 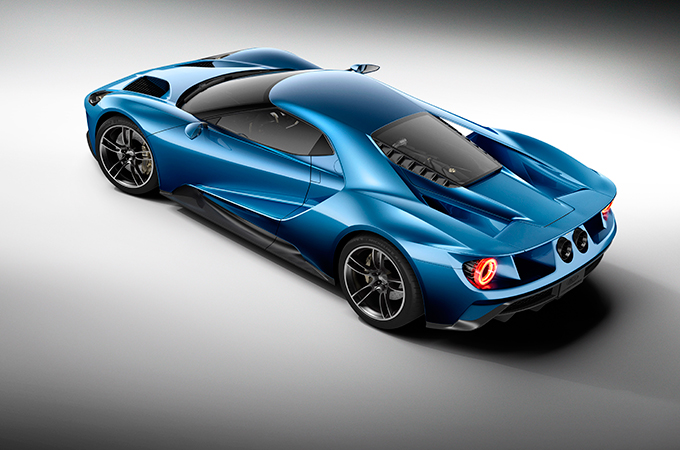 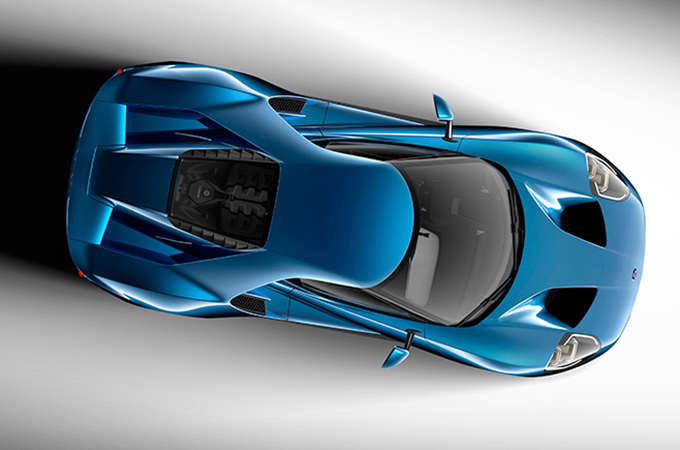 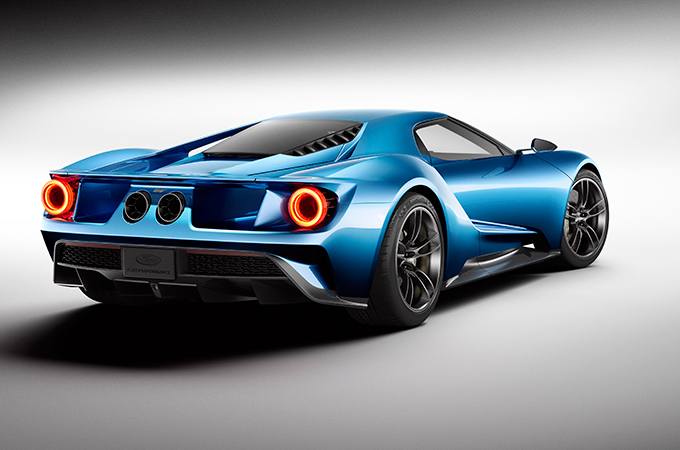