At an exclusive evening reception, guests mingled with senior personnel from Aston Martin, including Dan Balmer, President, Aston Martin Lagonda Middle East, North Africa & Turkey and David King, Vice President and Chief Special Operations Officer.
Aston Martin Abu Dhabi is situated in a prime location in the prestigious Etihad Towers.
The dealership boasts a state-of the-art 521 sq m showroom with eight Aston Martins on display, including the three newest model offerings: DB11, Vantage and DBS Superleggera, alongside an Aston Martin Red Bull Racing showcar.
Customers will also have the opportunity to activate ‘Q by Aston Martin’ at the new dealership, creating their own unique sportscar in the ‘Q Lounge’.
Speaking on the opening night, Balmer said: “The opening of a flagship dealership in Abu Dhabi is a real statement of intent for Aston Martin in the Middle East. This is a growing market, with 14 dealerships, and now our customers in Abu Dhabi and the surrounding area can enjoy the experience of purchasing their next Aston Martin in a prestigious location.”
The opening took place just over a week ahead of the Formula One 2018 Etihad Airways Abu Dhabi Grand Prix TM, which will see the Aston Martin wings flying proudly on the Aston Martin Red Bull Racing cars in the closing race of the season.
Following this, in December three of the marque’s customer racing teams will compete in the Gulf 12 Hours also at Yas Marina Circuit. It will be the first time the brand new Aston Martin Vantage GT3 car has been seen in the Middle East. 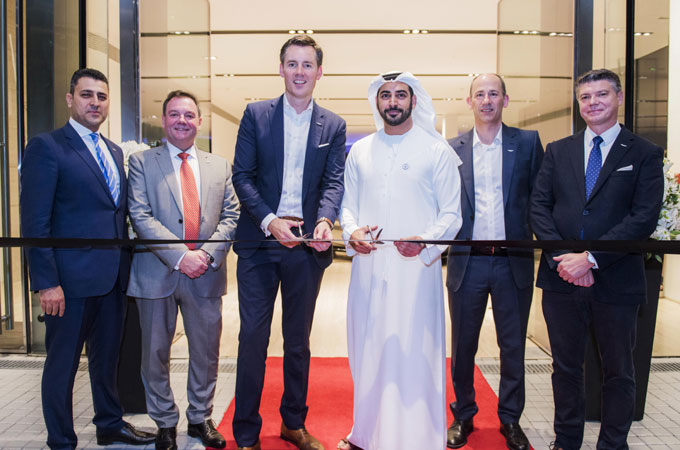 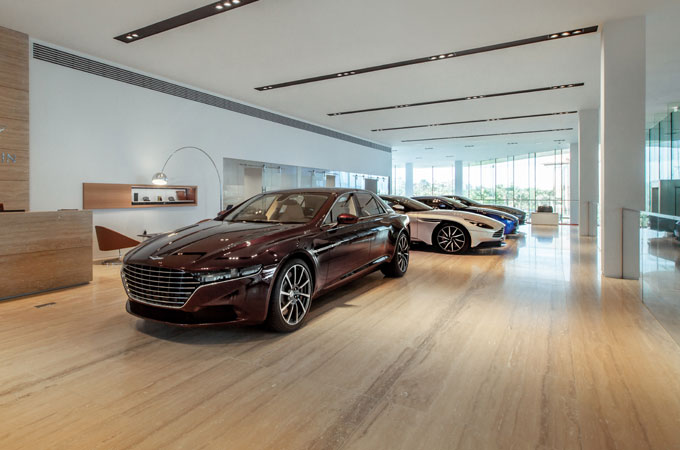 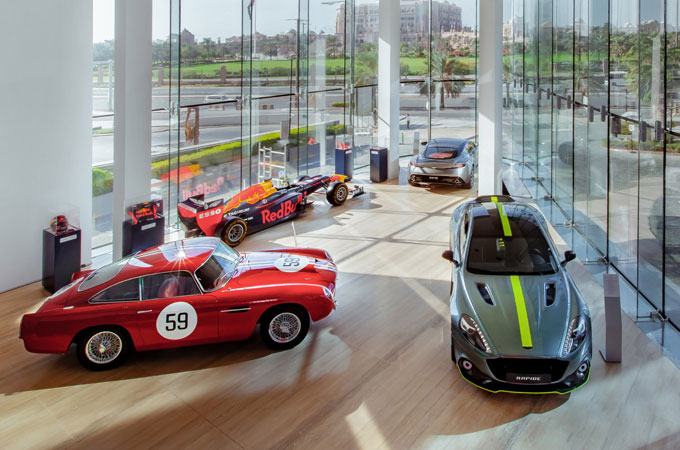 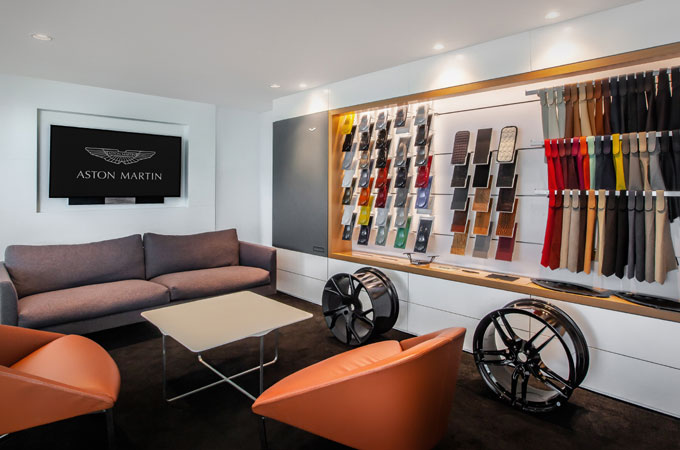