The 2014 Concours of Elegance will be held in the Grand Fountain Gardens at Hampton Court Palace in the UK from September 5 to 7 this year, and will gather 60 of the rarest cars from around the world, joined by around 700 other fine motor cars.

Since the inaugural event in 2012, held within the private grounds of Windsor Castle to mark HRH Her Majesty the Queen’s diamond jubilee of reign, the award-winning event has set a new global benchmark for a classic car concours event.

The second Concours of Elegance, held to equal acclaim at the Royal Palace of St James, London, in 2013, improved upon the exceptionally high standard set at Windsor Castle, and this year, the concours once again retains its royal palace connections, moving to the spectacular surroundings of Hampton Court Palace, near London.

Sixty rare and significant cars have been painstakingly selected and invited to the concours, to be joined by 700 of the very best cars from a wide variety of leading car clubs, as well as the very latest bespoke sports cars and luxury models from a number of prestigious car manufacturers, creating the ultimate motoring summer garden party in a historic and uniquely British setting.

This September’s Concours of Elegance will dramatically tell the story of the motor car through each of the carefully selected vehicles. From the pioneering days of the horseless carriage in the late 19th Century – perfectly illustrated by the confirmed participation of an ultra-rare 1896 Lutzmann – right through to the very latest

state-of-the-art 200 mph+ Ferrari LaFerrari hypercar, all 60 exceptional Concours cars – many of them never seen before in the UK – will grace the Grand Fountain Gardens on the East side of the historic 17th Century Royal Palace at Hampton Court.

The majority of the historically important and sought-after car marques will be represented at the Concours of Elegance.  Ranging from Alfa Romeo to Zagato, visitors will be able to admire stunning examples of Rolls-Royce, Bugatti, Bentley, Hispano-Suiza, Ferrari, Packard, Aston Martin and Maserati, plus dozens of other fine marques.

A taster of the exceptional cars already confirmed for the event includes a stunning 1931 Alfa Romeo 6C 1750 ‘Flying Star’ with Touring coachwork, never before seen in the UK.  A brace of significant and rare pre-war Mercedes-Benz models will also be present at Hampton Court Palace.

Supporting the Concours will be a display of up to 700 other desirable cars from all eras, within the grounds of the palace in a dedicated area, adjacent to the Concours.

For the first time, a Club Trophy, sponsored by AIG and supported by the Royal Automobile Club, will be presented to the very best car to have won its own car club’s concours event earlier in 2014, in recognition of the spirit and dedication of car club owners, and their support of the grassroots concours movement in the UK.  A wide selection of other classic cars will also be displayed in a ‘pre-1975 tax exempt’ parking area very close to the palace.

The major prestige car clubs in the UK have been invited to send the winning cars from their own car clubs’ concours events to Hampton Court Palace, to then be judged for the coveted Club Trophy. Ultimately, the overall Club Trophy winner will automatically be one of the 60 select Concours cars to be entered into the line-up for the 2015 event.

Also new for 2014 is the Talking Concours, a live stage area for regular interviews and informal chats with interesting guest speakers from the world of classic cars, motor sport and fashion.

The annual Concours of Elegance remains unique in being the UK’s only automotive event to enjoy an authentic and spectacular royal palace as its backdrop, with keen royal motoring enthusiast HRH Prince Michael of Kent as the event’s patron.

Given its strong royal connections, fittingly the Concours is supported by members of the Royal Warrant Holders Association. The exclusive hospitality options and collect-on-the-day picnics at the event reflect this, and have been specifically designed to incorporate the services and products of Royal Warrant holders Mosimann’s, Pol Roger and Corney & Barrow.

A range of exclusive products from a number of Royal Warrant Association holders and luxury partners, including Collier & Dobson, Henry Poole & Co and William and Son, will be also displayed and available to purchase in a relaxed and stylish retail environment at the Concours of Elegance.

The 2014 Concours of Elegance will be open to the public on September 6 and 7, with adult entry tickets available to purchase, strictly in advance only, from £25 ($43) per person, per day, including entry into Hampton Court Palace and its extensive grounds. 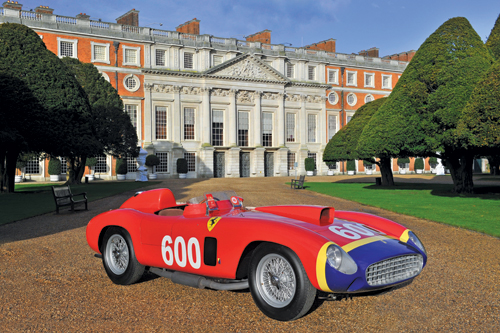 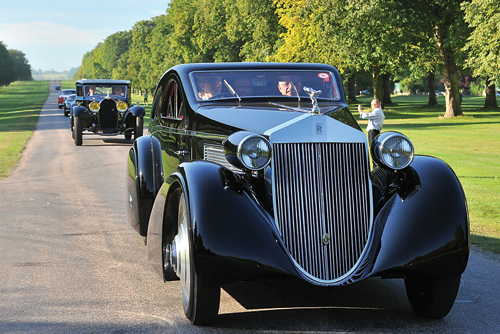 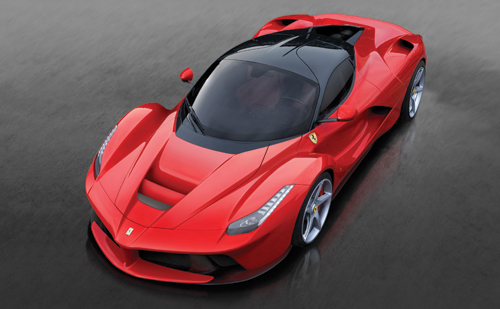 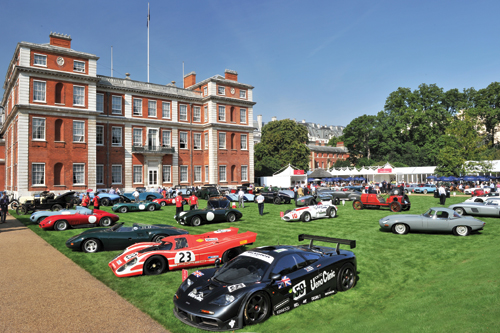 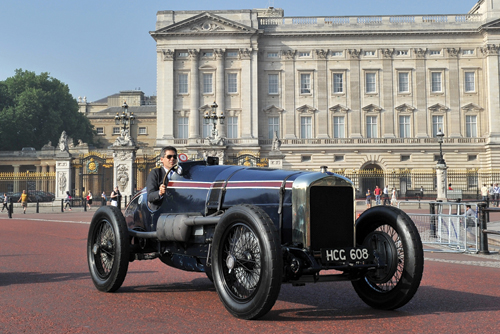