The total number of billionaires in the Mena region increased by 24 per cent to 52 in 2017, while total billionaire wealth grew by 15 per cent, reaching $165 billion during the year, a report said.

Globally, billionaires’ wealth enjoyed its greatest-ever increase in 2017, rising 19 per cent to $8.9 trillion shared among 2,158 individuals. Despite healthy growth in the Americas and Europe, Chinese billionaires expanded their wealth at nearly double the pace, growing by 39 per cent to $1.12 trillion.

These findings were published in UBS and PwC’s joint, annual Billionaires Insights report: New Visionaries and the Chinese Century. Now in its fifth edition, the report draws on UBS and PWC’s extensive client network and access to data, and aims to promote a deeper understanding of the billionaire population globally.

Josef Stadler, head of Ultra High Net Worth at UBS Global Wealth Management, commented on the new report: “Over the last decade, Chinese billionaires have created some of the world’s largest and most successful companies, raised living standards. But this is just the beginning. China’s vast population, technology innovation and productivity growth combined with government support, are providing unprecedented opportunities for individuals not only to build businesses but also to change people’s lives for the better.”

“We are experiencing a new wave of entrepreneurship worldwide, with billionaires at the vanguard of innovation. They are creating jobs and prosperity, but their impact goes beyond economics. A new generation is emerging, and they see an opportunity to tackle some of the greatest environmental and societal challenges facing humankind.”

Ravi Raju, head of Asia Pacific Ultra High Net Worth at UBS Global Wealth Management, commented: “Asia's billionaires are young and relentless. They are constantly transforming their companies, developing new business models and shifting rapidly into new sectors. This cohort is overwhelmingly self-made and determined to capitalize on one of history’s greatest moments for new enterprise.”

• They have driven 80 per cent of the 40 main breakthrough innovations over the last 40 years.

• In 2017, a total of 199 entrepreneurs became self-made billionaires, including innovators in the fields of blockchain, peer-to-peer lending, genomics and green energy.

• A major wealth transition has begun. There are 701 billionaires over the age of 70, whose wealth will transition to heirs and philanthropy over the next 20 years, given the statistical probability of average life expectancy. This is almost 40 per cent of current billionaire wealth ($3.4 trillion) worldwide.

• Young billionaires are also looking to create their own economic value. Nearly two thirds (62 per cent) of billionaires’ sons and daughters who inherited the family business in 2017 sought to become entrepreneurs, compared with 42 per cent who inherited assets.

Dr Marcel Widrig, partner and Private Wealth leader, PwC said: “Our report reveals how China is currently the leading country for entrepreneurs to create wealth. Nowhere else has the same combination of a huge population, technology innovation and government support.

“We have also found that Next Gen billionaires are extremely entrepreneurial. Using the advantages of a top-tier university education and a global network, they often create their own new businesses combining latest technology with sustainability goals. Further, billionaires are embracing sustainable investing, seeing how it not only does good, but also adds value in their businesses. Indeed, many of the younger generation want to change the world, making an impact through their family offices and philanthropic organizations.”

• Global billionaire growth of 19 per cent was lower than growth in the MSCI World Index, which rose by 25 per cent. The biggest growth sectors were consumer & retail, which rose by $360 billion, technology ($250 billion) and materials ($180 billion).

• The Americas region is still home to the largest concentration of billionaire wealth, which in the US grew by 12 per cent to $3.1 trillion, powered particularly by the technology and consumer & retail sectors. But wealth creation is slowing, with the US creating 53 new billionaires in 2017, compared to 87 five years ago.

• In Europe, wealth grew 19 per cent to $1.9 trillion. This was largely due to currency appreciation in the euro versus the dollar. In fact, the number of billionaires in the region only grew by 4 per cent. Wealth transition from just five families accounted for 30 per cent of the continent’s wealth expansion.

• APAC’s share of billionaire wealth rose to $2.7 trillion, 30 per cent of the global total, with the consumer & retail, technology and real estate sectors leading the way.

UBS provides financial advice and solutions to wealthy, institutional and corporate clients worldwide, as well as private clients in Switzerland. UBS' strategy is centred on its leading global wealth management business and its premier universal bank in Switzerland, enhanced by Asset Management and the Investment Bank.

PwC is a network of firms in 158 countries with over 250,000 people who are committed to delivering quality in assurance, advisory and tax services. 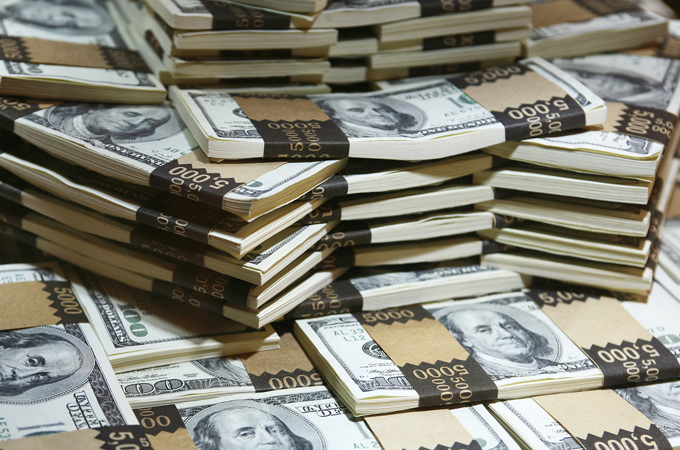