The Aventador SVJ, where SV historically stands for Superveloce

Production of the car is limited to 900 units, says Lamborghini.

A special edition, named SVJ 63, was exclusively unveiled on the concept lawn at the Pebble Beach Concours d’Elegance, recently. It pays homage to Lamborghini’s founding year of 1963. Produced in a unique configuration, it demonstrates the rich use of carbon fiber and is made in an additional limited number of just 63.

“The Aventador SVJ is an innovative car and represents the absolute pinnacle of our super sports car product range,” said Automobili Lamborghini Chairman and Chief Executive Officer, Stefano Domenicali. “The challenge to Lamborghini designers and engineers was to improve the purest essence of the Lamborghini super sports car, drawing on every inspiration from a spaceship to a jet fighter: all the most exceptional examples of super-fast, super-athletic, aerodynamic superiority. The Aventador SVJ takes another step into the future, shaping the potential for super sports car development.”

Improved performance in all aspects

The Aventador SVJ’s Nürburgring-Nordschleife lap record is living proof of its benchmarking performance. With its optimised power plant making it the most powerful series production V12-engined car produced to date by Lamborghini, the SVJ features an increase in power to 770 hp (566 kW) at maximum 8,500 rpm. The SVJ outputs 720 Nm of torque at 6,750 rpm, while a dry weight of just 1,525 kg gives the SVJ a weight-to-power ratio of 1.98 kg/hp. The SVJ accelerates from standing to 100 km/h in 2.8 seconds and from 0 to 200 km/h in 8.6 seconds. A top speed of more than 350 km/h is complemented by a braking distance of 100 km/h to 0 in 30 m.

The Aventador SVJ is, however, more than a super sports car achieving the top numbers. The development philosophy of the Aventador SVJ and its very essence in terms of design, aerodynamic technologies and efficiency, weight-to-power as well as performance, is to create a demanding driver’s perfect car.

Every feature of the Aventador SVJ resonates its aerodynamic prowess: the SVJ is significantly enhanced in appearance compared to the Aventador S, with every facet of its ‘form follows function’ design a reminder of its raison d’être on road and track: innovate to be the best. The main goal in design was a significant downforce improvement compared to the previous Aventador SV: +40% on both axles with an improved drag coefficient -1%.

From the front the car is wider: a new front bumper with integrated side fins features a new air intake and highlights the inclusion of Aerodinamica Lamborghini Attiva (ALA), Lamborghini’s patented active aerodynamics technologies.

The disconnected front splitter continues the impression of a floating component, while providing a channel for airflow. A tri-dimensional air outlet on the hood directs airflow, improves both drag and downforce, and clearly alludes to the aerodynamic purpose of the SVJ’s design. The upper body aerodynamic optimization has contributed 70% to the total downforce improvement in the SVJ over the SV.

The SVJ’s rocker is entirely new, adopting the ‘Y’ theme found in Lamborghini cars while also resembling shapes found in jet fighters. The bigger side air intakes and the new front side fins reduce drag and improve overall cooling. An improved underbody aero design with vortex generators works in conjunction with front diffusers and a new, extreme-design rear diffuser, together with divergent fins, contributes 30% to the total downforce improvement.

The rear wing of the SVJ has been designed for best aerodynamic efficiency, based on a new airfoil; an optimized ALA 2.0 system; and side winglets to reduce turbulence while providing high downforce on the straight as well as in high-speed corners.

At the rear of the car the position of the high-mounted naked exhaust resembles those found on extreme motorbikes, as well as saving weight due to its proximity to the engine: the exhaust system itself is also lighter. The Omega-shape rear bumper incorporates a massive new diffuser that contributes to downforce, while a new high-mounted rear wing is produced entirely in carbon fiber with its integrated ALA system.

The new rear engine bonnet has been redesigned for the SVJ: it is made from lightweight carbon fiber and removable via quick release clips in a reference to motor racing. It also adopts the ‘Y’ theme that reveals the updated V12 power plant below, while accenting the car’s high-performance characteristics. Super-light ‘Nireo’ aluminium rims are designed specifically for the SVJ, saving weight and contributing to the extreme dynamism of the car. Optional ‘Leirion’ aluminium rims with ‘Y’ and hexagonal details are also available. The Italian flag detail on the side wing is a reminder of the Lamborghini’s Italian super sports car heritage.

The Aventador SVJ is a driver-focused car, developed to maximise the union between driver and car in the most extreme road and track conditions and ensure the most rewarding experience.

With Lamborghini’s three driving modes, Strada, Sport and Corsa, as well as the EGO option allowing the driver to further customise his preferences for car set-up, the cockpit features Kombi graphics on the TFT digital dashboard display as well as showing live status of the ALA functions.

The Navigation System and Infotainment System including AppleCarPlay come as an option free of charge, allowing the cockpit’s occupants to manage voice-activated communications and entertainment from personal Apple devices.

The interior specification of the Aventador SVJ is virtually limitless through Lamborghini’s Ad Personam customization program.

The first customers will take delivery of the new Lamborghini Aventador SVJ at the beginning of 2019 with a suggested retail price of EUR 349,116.00 (taxes excluded) in Europe and $517,770 (GGT included) in the US. 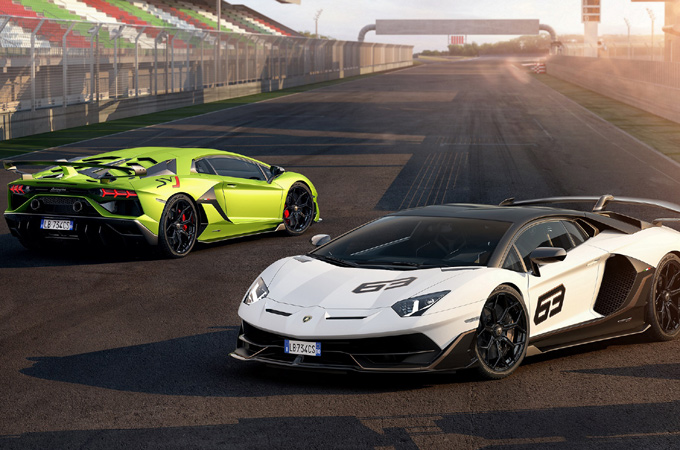 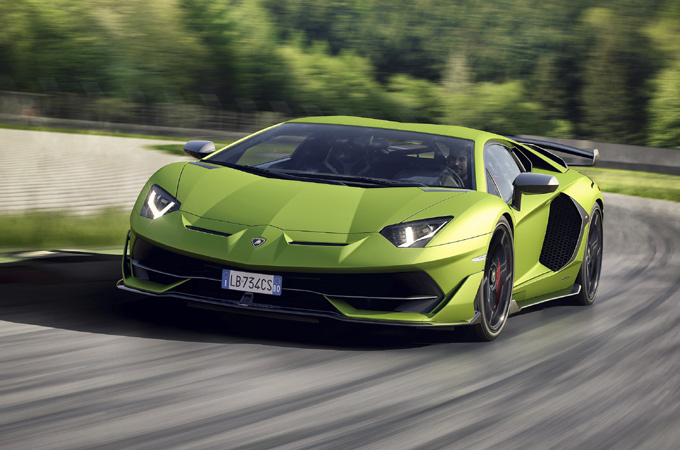 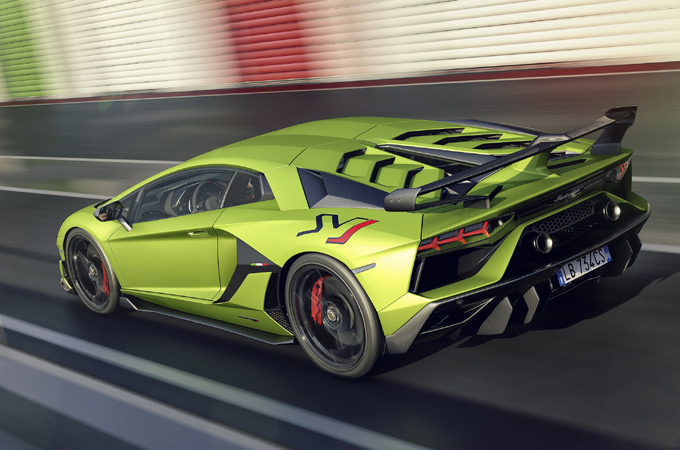