The most significant one-off Aston Martin Works car, the DP215 was driven by Lucien Bianchi and Phil Hill at Le Mans in 1963 and is the final David Brown competition Aston Martin.

“What a great way to start this exciting new partnership,” said Paul Spires, President of Aston Martin Works. “The market for historic cars is booming so it is vital that Aston Martin is represented by the best auction house in the business. RM Sotheby’s give us the opportunity to reach a global audience with their international clientele.”

RM Sotheby’s was formed in 2015, when RM Auctions and Sotheby’s joined together to create an auction powerhouse, providing an unsurpassed level of service to the global collector car market.

Recognised as the No.1 auction house by the total value of cars sold and for the number of cars sold greater than $1 million in value, RM Sotheby’s was the obvious choice for Aston Martin, said the company.

Kenneth Ahn, President, RM Sotheby’s, said: “It’s certainly an honour to join Aston Martin in celebrating a milestone anniversary of its motorsport history in 2019 and the exceptional road cars that have come to define the brand. In keeping with RM Sotheby’s record-breaking success in the sale of important Aston Martins at auction, we look forward to presenting the marque’s very best motor cars from around the world in Monterey next year, an auction setting unlike any other.”

Commencing in 2019, RM Sotheby’s will hold an annual Aston Martin single-marque sale, which looks set to become a highlight of Monterey Car Week. Aston Martin’s successful Second Century Plan, which is delivering a new Aston Martin model every year for seven years, also promises two ‘specials’ per year, which are set to become collectibles of the future, it said. 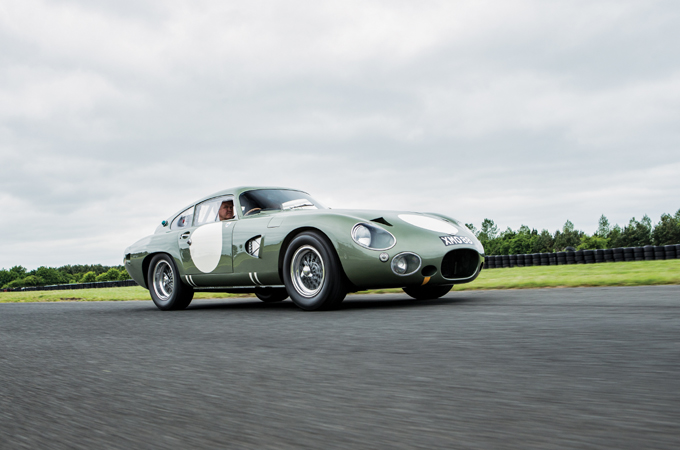