A Lange & Söhne is set to unveil three models of its Saxonia watch with a new dial design that further enhances their intrinsic gracefulness.

The new Saxonia, Saxonia Automatic and Saxonia Dual Time will be shown off at the upcoming Salon International de la Haute Horlogerie (SIHH) watch show, which will be held from January 19 to 23 in Switzerland.

Since its launch 20 years ago, the Saxonia has been a permanent part of the German manufactory’s repertoire. In their search for a more prominent face that would befit the new generation of the Lange classic, the designers sketched out numerous variations of the dial, most of them differentiated merely in nuances.

Just a few precisely placed accents graciously emphasise the sublimely chiselled face of the Saxonia models. The solid-gold applied hour markers have been moved toward the periphery of the dial and are executed as double baton appliques at 3, 6, 9, and 12 o’clock.

The slightly extended black graduations of the minute scale are also more striking.

For the Saxonia Automatic and Saxonia Dual Time, the tens markers of the subsidiary seconds dial have been endowed with numerals. All modifications were made in the interest of improved legibility.

The designers have also slightly reduced the case size of two models. The diameter of the Saxonia with the L941.1 manufacture calibre is now 35 mm. With a reduced diameter of 38.5 mm, the Saxonia Dual Time is now the same size as the Saxonia Automatic.

Its adjustable second zone time and superb legibility make the Saxonia Dual Time a perfect companion for individuals who feel at home around the world.

At the same time, like the other members of the watch family, it pays tribute to the homeland of A Lange & Söhne.

In Saxony, where craftsmanship is a centuries-old tradition, Ferdinand A Lange found the ideal setting for the establishment of his watchmaking company in 1845. His graceful, dependable and precise pocket watches soon ranked among the world’s finest timepieces. This ambition is still upheld by the brand today.

The three new Saxonia models live up to it in every respect. Their lavishly finished movements epitomise Saxon watchmaking artistry and their hand-engraved balance cock transforms each timepiece into a precious one-of-a-kind treasure, the manufacture says.

When Dresden watchmaker Ferdinand Adolph Lange established his manufactory in 1845, he laid the cornerstone of Saxony’s precision watchmaking. His precious pocket watches remain highly coveted among collectors all over the world.

The company was expropriated after World War II, and its name nearly fell into oblivion, before Ferdinand’s great-grandson Walter Lange relaunched the brand in 1990.

Today, Lange crafts only a few thousand wristwatches in gold or platinum per year. They are endowed with proprietary movements that are lavishly decorated and assembled by hand.

In a little more than 20 years, A. Lange & Söhne has developed 49 calibres and secured a top position among the world’s finest watch brands. Its greatest successes include innovative instruments such as the Lange 1 with the first outsize date in a series produced wristwatch as well as the Zeitwerk with its supremely legible, precisely jumping numerals.

“Walter Lange’s personal motto was to ‘Never Stand Still’ and it also motivates the product developers at Lange,” says a spokesman for the manufacture. “Their pursuit of the perfect watch has inspired the discreet dial design refinements of three Saxonia models. In a watch family innately characterised by elegance and purity, each element, be it ever so small, has a visual impact on the overall appearance of the respective model.” 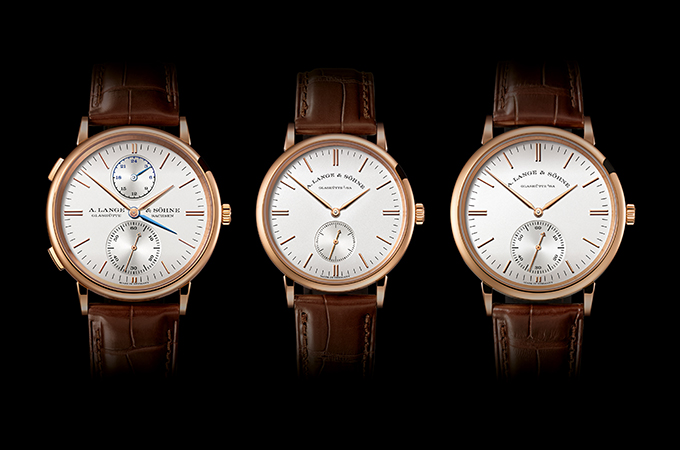 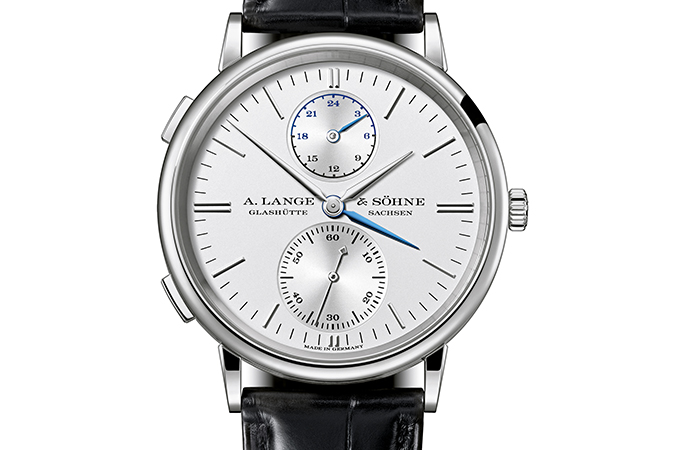 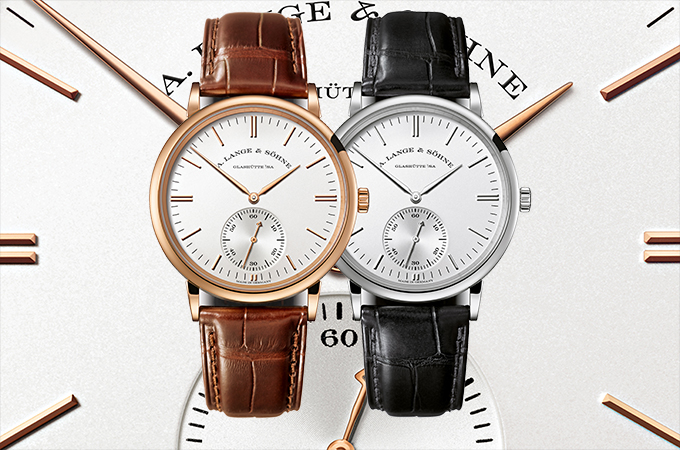 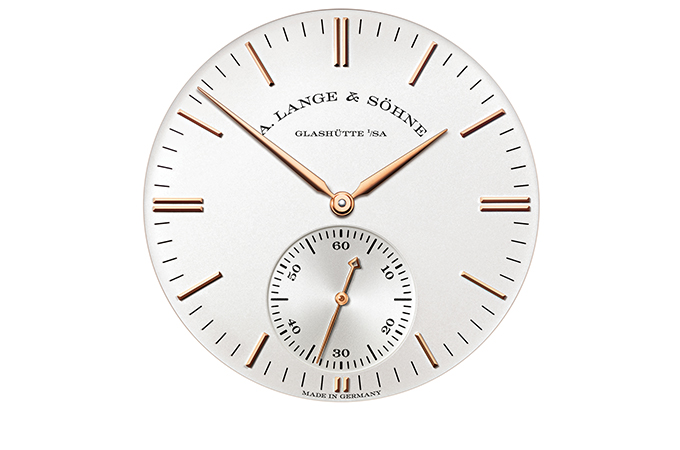