The lightest, most powerful and quickest road-legal Sports Series McLaren has made its world debut in the UK, at the Goodwood Festival of Speed.

The arrival of the new 600LT, which is built to excel on roads and race circuits alike, marks both the beginning of the next chapter in the McLaren ‘Longtail’ (LT) story and the setting of a new benchmark for super-sportscar performance.

“The new McLaren 600LT is our most extreme road-legal Sports Series model and possesses the optimised aerodynamics, increased power, reduced weight, track-focused dynamics and enhanced driver engagement that are the hallmarks of any McLaren LT. Only the fourth McLaren in more than two decades to be designated a ‘Longtail’, the 600LT redefines expectations of super-sportscar performance, delivering astonishing acceleration and outstanding track cornering speeds with a truly extraordinary dynamic connection between driver and car,” says Mike Flewitt, Chief Executive Officer, McLaren Automotive.

The new McLaren 600LT epitomises the McLaren philosophy of producing lightweight super-sportscars that deliver extreme performance and are exceptionally rewarding to drive, he says.

Some of the highlighted features of McLaren 600LT are:

* 100kg lighter than 570S Coupé DIN kerbweight, with a lightest dry weight of 1,247kg giving a power-to-weight ratio of 481PS/tonne

Inspired by the renowned McLaren 675LT models and their iconic ‘Longtail’ McLaren F1 GTR racing predecessor, the new addition to the LT family has all the physical hallmarks of a true McLaren ‘Longtail’, including an extended front splitter, lengthened rear diffuser, fixed rear wing and elongated silhouette – in this case by 74mm compared to a McLaren 570S Coupé.

Extensive use of carbon fibre – including for the monocoque chassis that is some 25 per cent stiffer than a comparable aluminium chassis and for the new aerodynamic features– together with lightweight materials throughout the track-focused cockpit, helps the McLaren 600LT to achieve a lightest dry weight of 1,247kg and equivalent power-to-weight ratio of 481PS/tonne. With the optional Super-Lightweight Carbon Fibre Racing Seats developed for the McLaren Senna fitted, the 600LT weighs 100kg less than a 570S Coupé – a remarkable reduction that delivers tangible benefits in every aspect of the car’s performance, says the company.

Two new designs of ultra-lightweight aluminium alloy wheels – 10-spoke as standard and a 5-spoke alternative as a £4,080 option – are the lightest wheels ever fitted to a Sports Series, the reduction in unsprung weight bringing a noticeable benefit to the dynamic qualities of the car.

Bespoke P Zero Trofeo R tyres – developed with McLaren Technical Partner, Pirelli – feature for the first time on a Sports Series model and this unique track-focused tyre is a crucial element in the enhanced dynamic abilities of the McLaren 600LT.

The cockpit of the McLaren 600LT exemplifies both weight reduction and a driver-focused environment. Lightweight Alcantara trim material is used extensively throughout and the absence of carpet in the driver and passenger footwells and beneath the seats saves 5.7kg, while also exposing the carbon fibre beauty of the MonoCell II chassis construction. The glovebox has been removed and the door pockets replaced with lightweight nets; air-conditioning, satellite navigation and an audio system are all available as no-cost options, not being fitted as standard. Carbon fibre Racing Seats, first seen on the McLaren P1 and subsequently used in the McLaren 675LT, are standard-fit and save a remarkable 21kg.

Production of the 600LT Coupé will begin in October 2018 and last for around 12 months, with build slots scheduled around existing Sports and Super Series models, as well as the sell-out Senna, Senna GTR and BP23. Availability will be strictly limited, the carbon fibre body panels that require specialist tooling just one of the reasons that the new ‘Longtail’ will be rarer than its Sports Series brethren, the company says. 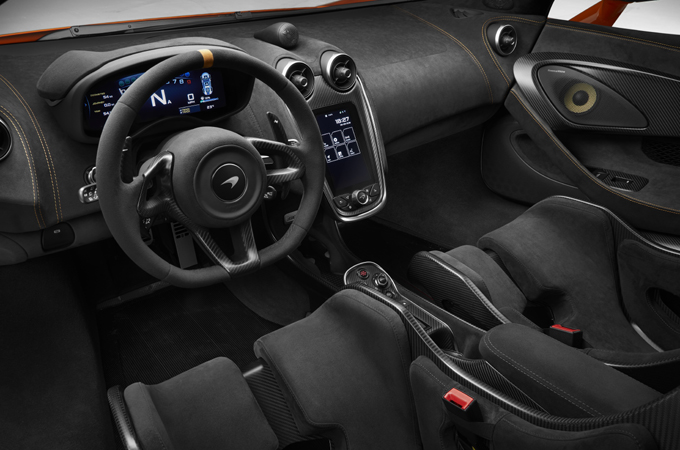 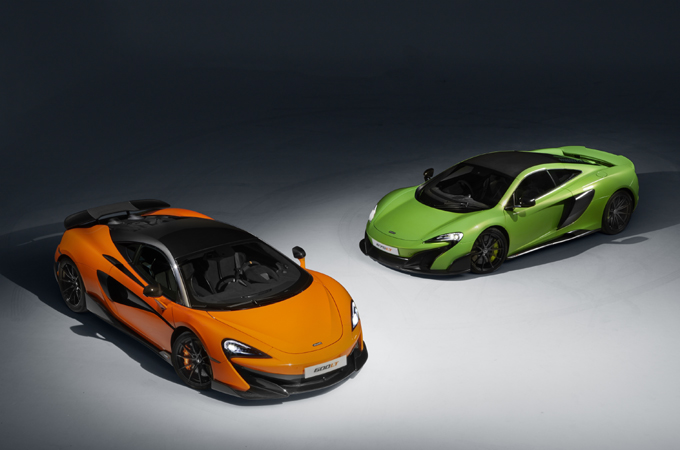 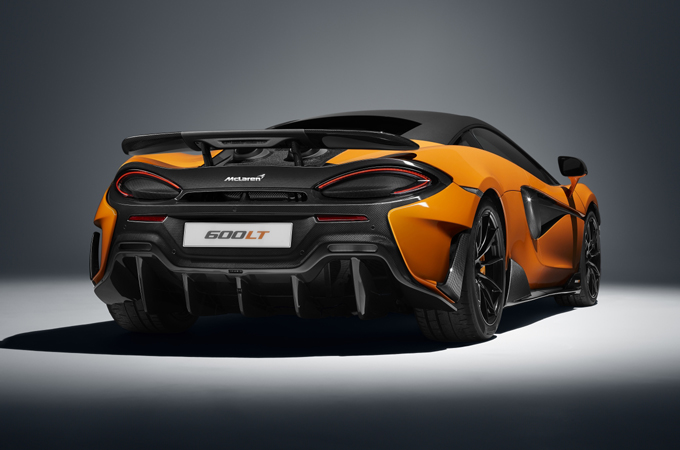 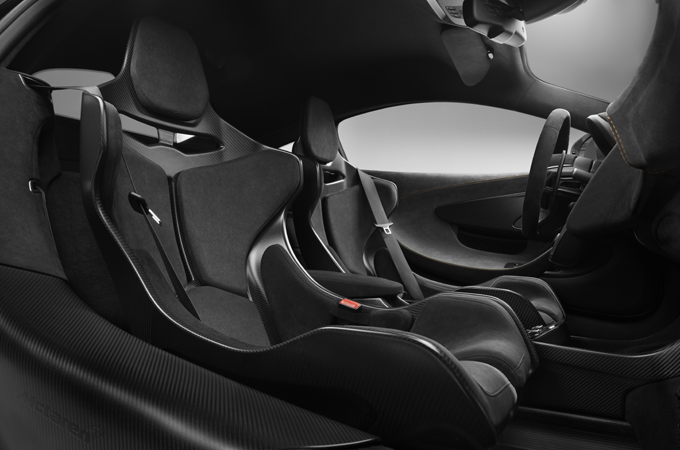