Motoring
One of a kind

First unveiled at the Geneva Motor Show in Switzerland earlier this year, Koenigsegg’s Agera One:1 supercar made its UK debut at the Goodwood Festival of Speed, which was held in June.

In addition to being featured at the Michelin stand, the world’s first ‘megacar’ also took part in the Michelin Supercar Run at the festival, making Goodwood the first time two One:1 models have appeared together anywhere in the world.

Koenigsegg’s One:1 is the first homologated production car in the world with one megawatt of power, with the astonishing bhp-to-kg kerb weight ratio of 1:1, hence the name and ‘megacar’ moniker.

The car’s stunning design and breath-taking performance, which includes jet-like 2G cornering capabilities, are supported by bespoke Pilot Sport Cup 2 tyres from Michelin. Pilot Sport Cup 2 is a tyre that is homologated for the road but inspired by and designed for ultimate circuit performance based on patented endurance competition technologies – delivering more laps and higher speeds as part of the Michelin Total Performance ethos.

It is anticipated that the One:1 will be the world’s fastest homologated production car, with a simulated top speed of  more than 440 kmph achieved in testing, and will join an illustrious and unrivalled group of cars  – including the Koenigsegg Agera R – to have broken world speed and performance records using Michelin tyres.

Only six cars are being produced under the One:1 programme – a celebration Agera edition marking 20 years of Koenigsegg – and all have already been pre-sold prior to their introduction to the market.

Michelin, a leading tyre company, is dedicated to sustainably improving the mobility of goods and people by manufacturing and marketing tyres for every type of vehicle, including aircraft, cars, bicycles/motorcycles, earthmovers, farm equipment and trucks.

It also offers electronic mobility support services on ViaMichelin.com and publishes travel guides, hotel and restaurant guides, maps and road atlases. Headquartered in France, Michelin is present in more than 170 countries, has 111,200 employees and operates 67 production plants in 17 countries.

Koenigsegg’s journey started in 1994 when Christian von Koenigsegg, then aged 22, set out to realise his childhood dream of starting his own car company. His idea was to create a sports car that he felt did not then exist and one which he believed would be desired.

His concept was a lightweight mid-engined car with a detachable, stowable hardtop, a wrap-around screen for good visibility and aerodynamics, and short overhangs with two large intercooler intakes on the side of the car, behind the mass centre to aid high speed stability. This mid-engine car concept that did not exist at the time resulted in the development of the CC8S. Every Koenigsegg created since includes this simple but effective DNA and stays true to its roots. 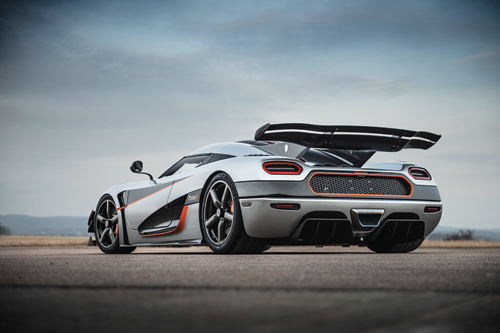 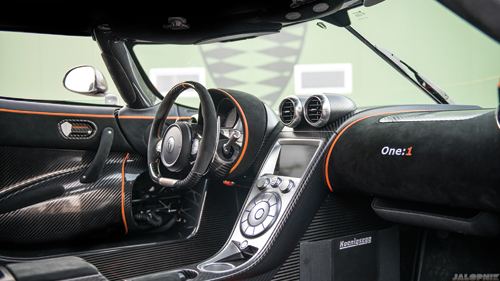 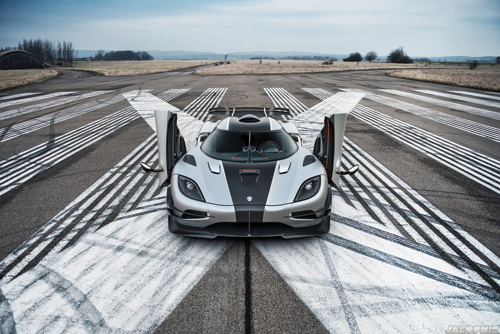