Mercedes-Benz’s most anticipated launch of the year – the new G-Class – has arrived in style in the Middle East.

The arrival of the new G-Class was celebrated at Al Serkal Avenue in Dubai this week. The event introduced to the region the flagship model – taking a leap into a new era in terms of technology while staying true to its unrivalled legacy.

Haven undergone its greatest change in history, the new G-Class maintains its iconic design and remains a benchmark for originality, ruggedness and luxury - with regards to comfort and safety. Beneath its classic rugged exterior lies the latest cutting-edge technology, giving its drivers a much better performance than ever before.

The new model presents itself in top form – whether on or off the road and whatever the operating conditions, the off-road vehicle impresses with its performance, advanced assistance systems, outstanding handling and safety.

At the same time, the new suspension, the Dynamic Select driving modes including the “Desert” driving mode designed specifically for the G 500 in the Middle East, the "G-Mode"- an intelligent off-road control system - and the three 100 percent differential locks enhance not only ride comfort but also agility – on any surface, the company says.

Commenting on the launch, Lennart Mueller-Teut, Head of Marketing and Communications, Mercedes-Benz Cars Middle East, said: “The Middle East has eagerly awaited the launch of the latest G-Class. Being one of the first markets around the world to welcome this model, we believe our customers will be immensely satisfied with its new developments, especially innovations made specifically for the region - alongside its unparalleled performance, comfort and world-class safety systems. The G-Class remains an icon, only better and stronger - but at the same time stayed true to itself and kept its character”.

The luxury off-road vehicle from Mercedes-Benz has long been considered a design icon. In as much as the new G-Class is 53 mm longer and 121 mm wider than the previous model, its external appearance has not changed significantly since 1979. It follows the philosophy of Sensual Purity and at the same time remains true to the character of the original. Iconic elements continue to serve very specific purposes, now as then, and to give the G-Class its unique appearance. All these are still found in the new model: the distinctive door handle and the characteristic closing sound, the robust exterior protective strip, the exposed spare wheel on the rear door and the prominent indicator lights. Extraordinary features like these in concert with the off-roader's angular lines define its special look – giving it an even greater presence, on the road as well as in terrain.

More than ever, the new G-Class appears to be cast from a single piece. All surfaces have a tauter design and have more tension, while the surface quality has been taken to an even higher level. This results in narrower, more precise gaps and more harmonious transitions. In addition, the wheel arches and bumpers form a more integral part of the body and thus look less like add-on features.

While the exterior maintains the iconic classic look, the interior of the G-Class has undergone a fundamental modern redesign. With its off-road character and top-class luxury appointments, the model has always combined two extremes into a harmonious symbiosis. Unmistakable at first glance and from the first touch, only high-quality materials are used. Every detail is finished by hand with the utmost care.

The very clearly arranged and completely redesigned instrument panel features timeless tube-look analogue round dials as standard - with two 12.3-inch displays blend visually into a Widescreen Cockpit beneath a shared glass cover. Drivers can choose between three different styles for the displays – "Classic", "Sport" and "Progressive" – and also select relevant information and views according to their individual needs.


Off-road: the legend surpasses itself

The primary goal of development was to redefine the quality of the handling both on and off the road. This goal has been achieved: The new G-Class performs even better off-road, while on the road it is significantly more agile, dynamic and comfortable than its predecessor - thanks to its standard ladder-type frame, the three 100-percent differential locks and Low Rrange off-road gear reduction.

The new suspension emerged from the collaboration between Mercedes-Benz GmbH and Mercedes-AMG GmbH. The result is an independent suspension with double-wishbone front axle in combination with a rigid rear axle. The new front axle is designed in such a robust way that the off-road performance and off-road capabilities of its predecessor are maintained and partly even surpassed. 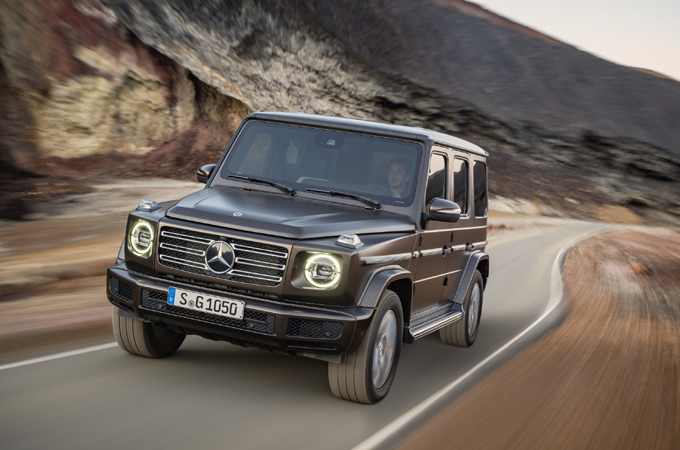 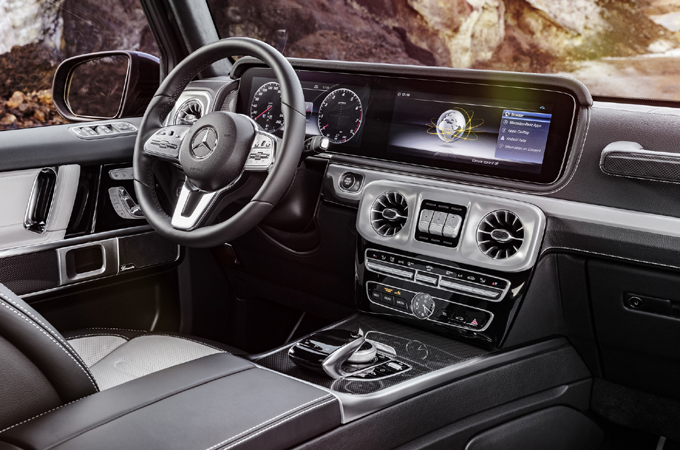 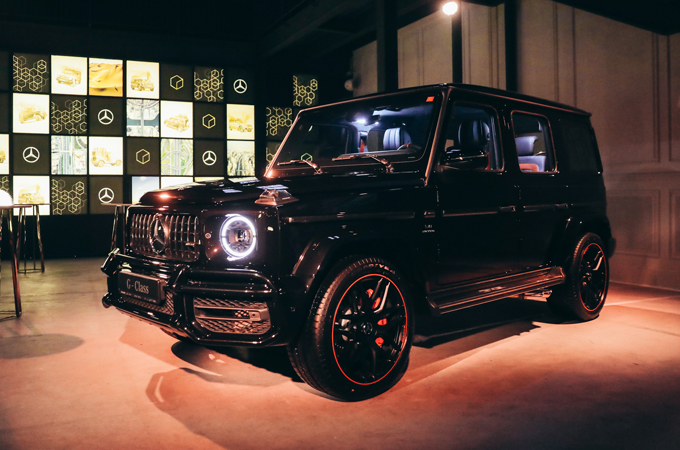