As the 2018 edition of the European Business Aviation Convention & Exhibition (EBACE) concluded last week, organisers reported that by every measure, the event once again served as a powerful and forward-looking showcase for the European business aviation industry.

“This was a decidedly upbeat, optimistic EBACE week, which highlighted the passion and enthusiasm at the heart of the business aviation community,” said EBAA Chairman Juergen Wiese. “The show reflected a reverence for the industry’s history, as well as an embrace of its future.”

NBAA President and CEO Ed Bolen agreed, adding: “EBACE once again showed that business aviation is an industry focused on innovation and investment in the future. The new aircraft models, the new business models, the featured speakers and the trends we discussed all point to an energetic industry looking toward tomorrow.”

EBACE2018 began its opening day with a standing-room-only session featuring an awe-inspiring keynote presentation by Yves “Jetman” Rossy. An accomplished military and commercial pilot, Rossy is also the inventor of a series of experimental individual jet packs that have given him the ability to soar like a bird over the English Channel and U.S. Grand Canyon, and even fly in formation with an Airbus A380.

A packed exhibit floor featured 418 exhibitors, an increase over last year's event, from across the world. EBACE2018 also welcomed a number of first-time exhibitors to the show, while a host of companies chose EBACE as the ideal venue to announce new aircraft, products and services, with press conferences and media events throughout the week. Attendees at the show represented about 100 countries.

The sold-out EBACE2018 static display featured 54 aircraft on the ramp at Geneva Airport, ranging from intercontinental business jets, to turboprop and piston aircraft, to helicopters. The event also hosted introductions of new aircraft making their first appearances at EBACE2018.

Another prominent initiative on display throughout EBACE2018 was EBAA's recently-unveiled Expanding Horizons programme, a continent-wide awareness campaign to highlight the value of business aviation in the European region. The week included the release of the EBAA study “Expanding Horizons: How Millennials see the Future of Business Aviation,” which revealed that young professionals recognise the main benefit of the business aviation industry to be its ability to take people where they need, when they need.

Returning to EBACE2018 was the event’s second-annual Careers in Business Aviation Day, which introduced more than 250 students from high schools and universities across Europe to the broad range of potential career paths throughout the industry.

Also a part of EBACE2018 were the EBAA Awards of Merit, recognising companies that have established a solid safety culture within their organisations. This year, EBAA recognised five European companies for achieving 100,000 accident-free flying hours. The award presentation kicked off a series of sessions focused on the latest insights for continually enhancing business aviation safety, a top industry priority.

In addition, the event hosted the well-attended International Aircraft Transactions Seminar, a day-long presentation addressing common questions and concerns with the purchase, importation and operation of business aircraft throughout Europe.

During the event, organisers took a moment to recognise the life and legacy of Serge Dassault, who passed away on May 28 at age 93. EBACE2018 was dedicated to Dassault, who in 2009 received NBAA’s Meritorious Service to Aviation Award for his contributions to business aviation. 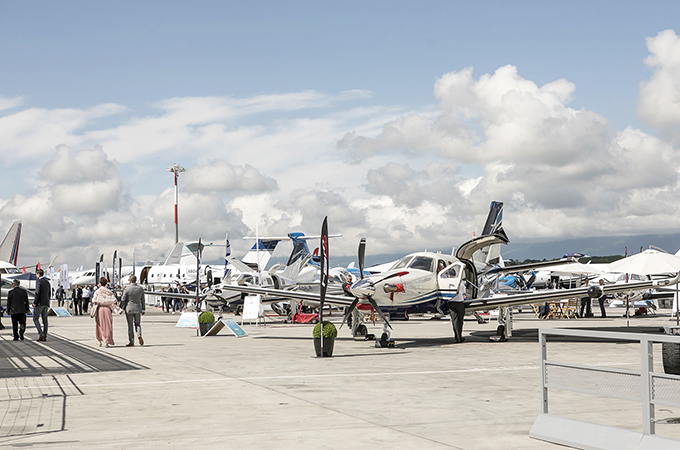 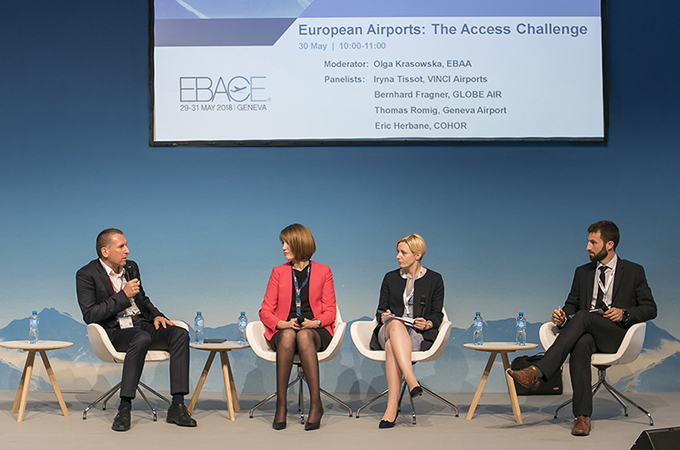 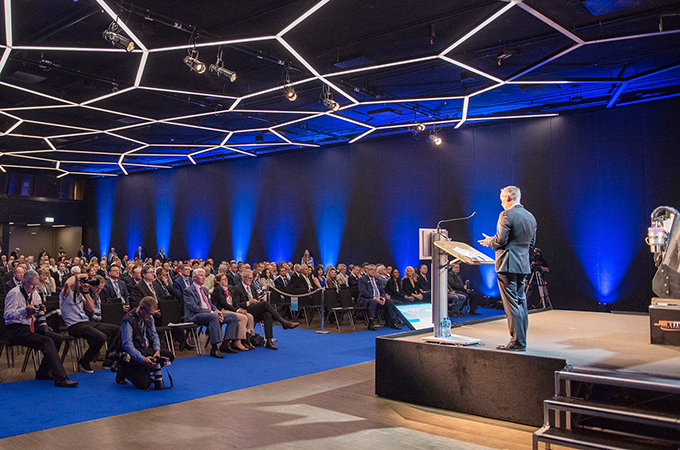