With its accentuated sporting presence, the new M3 CS continues the decades-long tradition of successful M special editions which began in 1988 with the E30 BMW M3 Evolution. At the same time, the four-door high-performance sedan serves up a perfect blend of dynamism and everyday practicality, the company said.

The 3.0-litre high-performance engine exceeds the output of the M3 with Competition Package by 10 horsepower, raising it to 460 hp.

State-of-the-art M TwinPower Turbo technology propels the M3 CS from 0 to 100 km/h (62 mph) in just 3.9 seconds. The top speed of the new special edition, which comes as standard with the M Driver’s Package, is electronically limited to 280 km/h (174 mph).

With its two mono-scroll turbochargers, charge air cooler, High Precision Injection, Valvetronic variable valve timing and Double-Vanos fully variable camshaft timing, the six-cylinder in-line engine takes a clear and consistent aim at the higher echelons of performance, but is equally committed to developing significant torque from low engine speeds and achieving high levels of efficiency (fuel consumption combined: 8.5 l/100 km CO2 emissions combined: 198 g/km). Pushing the new red start/stop button fires up the engine, and the distinctive sound produced by the specially tuned sports exhaust system of the new BMW M3 CS – with its quartet of tailpipes – proceeds to lay on a feast for the ears.

The new BMW M3 CS is equipped as standard with the seven-speed M Double Clutch Transmission (M DCT) with Drivelogic. This cutting-edge transmission has a separate oil cooler and enables both automated gear changes and manual interventions using the shift paddles on the steering wheel. It changes gears in fractions of a second with no interruption in the flow of power, but employs a long seventh gear to keep revs low and minimise fuel consumption over longer motorway journeys.

The suspension of the new BMW M3 CS largely mirrors that of the M3 with Competition Package. The links and wheel carriers at both the front and rear axles are made from forged aluminium and are therefore extremely light. That keeps the unsprung masses low and benefits driving dynamics. The M3 CS is fitted as standard with Adaptive M suspension, whose geometry has been tuned to deliver optimised performance on both the road and track.

Moving inside the new BMW M3 CS, the generous use of two-tone full leather in Silverstone/Black and Alcantara creates a compelling and well-resolved ambience brimming with sporting allure and undeniable class. Among the standard features on board are automatic climate control, a Harman Kardon surround sound system and the Navigation system Professional.

The special-edition model – which will be limited to a run of approximately 1,200 units due to production factors – are being built from March 2018. 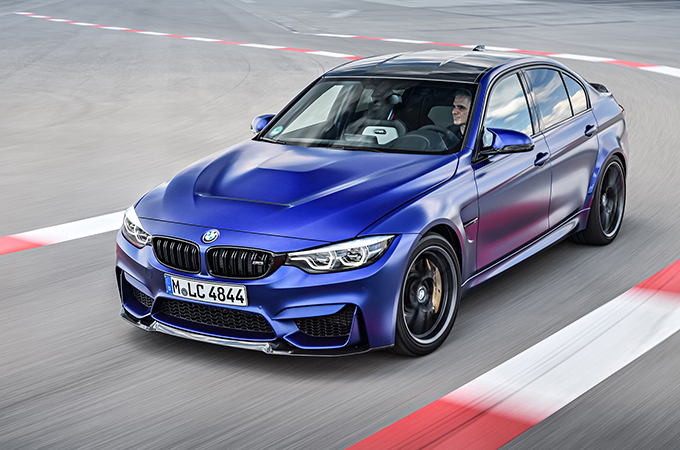 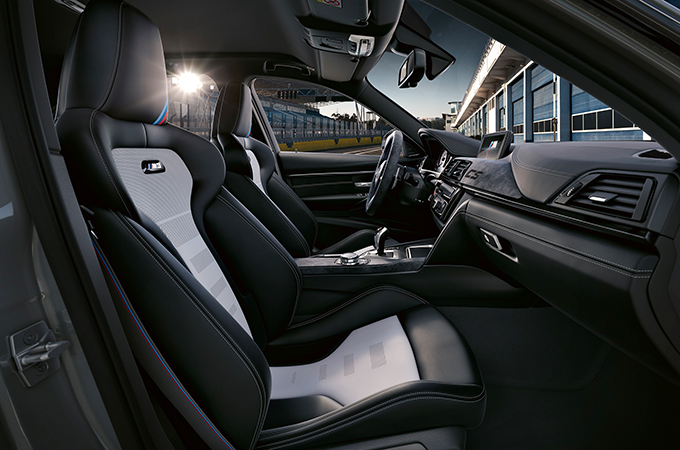 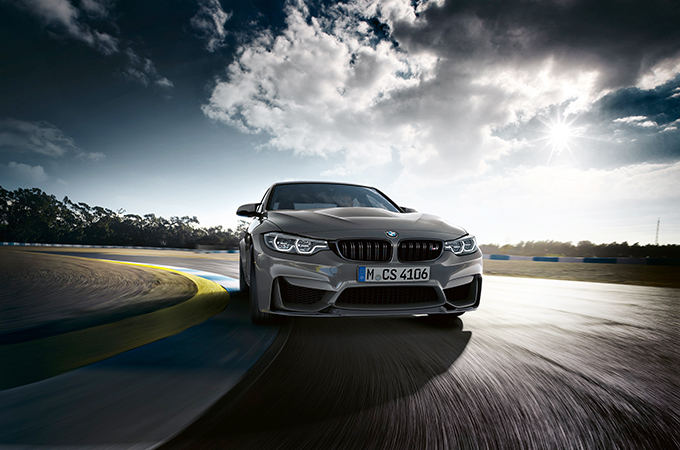