Omega, the official timekeeper of the Volvo Ocean Race, has unveiled its newly-designed winner’s watch of the race.

Omega has been keeping a precise eye on this year’s action at sea. The watch was revealed when the sailors stopped in Newport, Rhode Island, to complete Leg 8 of the race.

The Seamaster Planet Ocean Deep Black “Volvo Ocean Race” Limited Edition will be presented to the winning team of this year’s race when it concludes in The Hague in June. The timepiece will also be available publicly, but only 73 models have been created overall (in tribute to the year that the Ocean Race first began).

Raynald Aeschlimann, president and CEO of Omega, said: “Omega has loved following this exciting and unique race so far. We wanted our winner’s watch to be as beautifully designed as the boats themselves, and also precise and robust to reflect the tough sailing conditions that the competitors face. I think the ‘Deep Black’ is the perfect way to do this and we’re looking forward to presenting it to the winning team.”

The 45.50 mm timepiece is a divers’ chronograph with a black rubber strap, yet its strong design is just as capable of withstanding the extreme pressures of ocean sailing. The casebody has been crafted from black ceramic, while red rubber has been used to cover the first 15 minutes of the unidirectional bezel. Liquidmetal then completes the rest of the diving scale.

The brushed black ceramic dial includes each Limited Edition number, as well as 18K white gold hour-minute hands and indexes. On the subdial at 3 o’clock, Omega has included a red Volvo Ocean Race ring with coloured hands and number 12. Another reference to the event can be found on the oriented caseback, where Omega has included the official “Volvo Ocean Race” logo.

The winner’s watch reaches the pinnacle of precision thanks to its Omega Master Chronometer calibre 9900. Having passed the eight rigorous tests set by the Swiss Federal Institute of Metrology (Metas), this Master Chronometer certification represents the highest standard of performance in the Swiss watch industry. 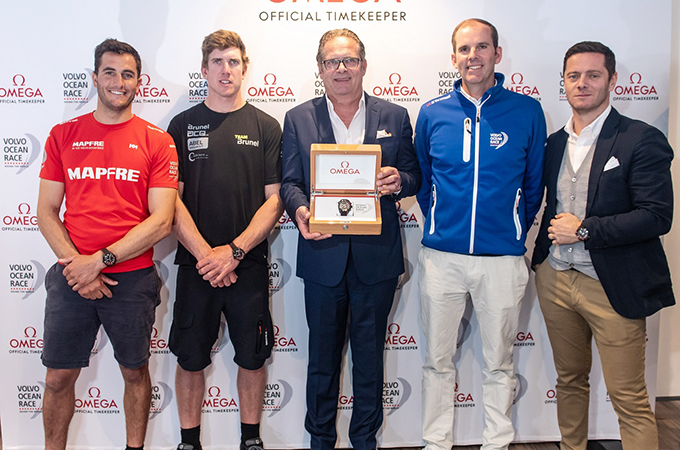 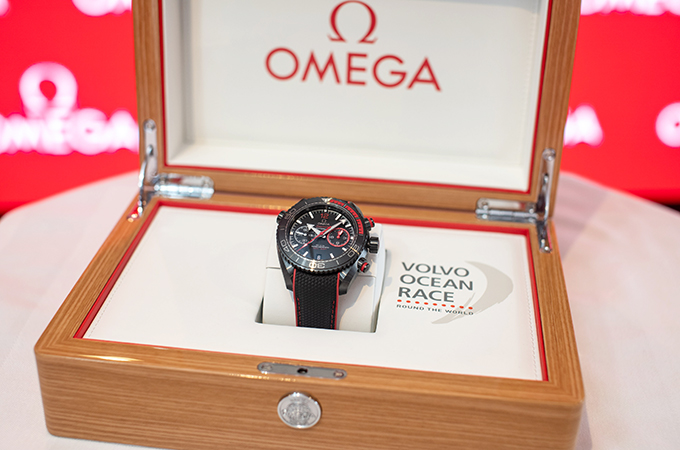 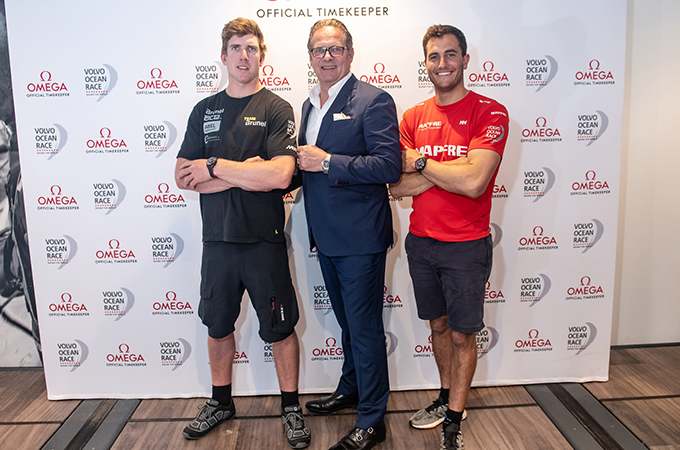