Euro Motors recently offered supercar enthusiasts an opportunity to test the Ferrari 812 Superfast, the fastest Ferrari in production, at the Bahrain International Circuit

Ferrari Superfast, the name says it all; however, it’s not all about power as the beast roared on the tracks of Bahrain International Circuit (BIC), the playground of legendary Formula One speedsters. There are many finer features that grab the attention too.

Euro Motors, the official importer of Ferrari and Maserati luxury sport automobiles in Bahrain, recently provided an opportunity for supercar enthusiasts to test the Ferrari 812 Superfast – the fastest road-going Ferrari in production.

Arabian Knight got behind the wheels at the BIC’s GP 5.412-km track.

Building on the invaluable legacies of the F12berlinetta and F12tdf, the 812 Superfast clocks 0-100 kmph in just 2.9 seconds. But it’s not only speed. The benign beast knows well how to keep composure. It’s a smooth drive even in the fifth gear, thanks to its superb traction control that allows it to cut even the sharpest turns with ease. In fact, you don’t even need breaks at certain nasty angles and the car just gently drifts doing what would be impossible for ordinary cars.

The 812 Superfast is pure testimony to Italian ingenuity.

So what is the science behind all this power and technology? Beneath the hood, there is a 6.5-litre, 12-cylnder engine that can unleash up to 800 hp at 8,500 rpm – an impressive 60 hp more than its predecessor, the F12berlinetta – and generate a maximum torque of 718 Nm.

To make full use of that huge power and to guarantee perfect weight distribution, the car exploits a highly evolved transaxle architecture that couples a front-mounted engine with a rear-mounted transmission.

“The 812 Superfast, in fact, is aimed at clients that demand the most powerful and exclusive Ferrari in the range. They want a blisteringly high-performance car, but refuse to compromise on the kind of versatility that will allow them to thoroughly appreciate driving it as a 360-degree experience,” says Roger Helou, brand manager of Euro Motors, the official Ferrari dealer in Bahrain.

The 812 Superfast is the first Ferrari to sport EPS (Electric Power Steering) integrating it with all of its electronic vehicle dynamics controls and thus improving its agility and response time to steering wheel inputs.

Pirelli designed the new PZero Corsas tyres, especially for Ferrari, to maximise performance in the dry and in track use.

In terms of the aerodynamics, Ferrari’s engineers have successfully boosted downforce to 210 kg at 200 kmph without allowing an increase in the drag. This cuts on fuel consumption and allows maximum speed.

Turning to its looks, designers at the Ferrari Styling Centre have redefined the formal language of front-engined V12 Ferrari’s proportions without altering either its exterior dimensions or interior space and comfort. The draped design of the flanks visually shortens the tail and is characterised by sharply slanted crease lines and impressively muscular wheel arches. Full-LED headlights integrated into the design of the sculpted air intakes on the bonnet also emphasise that front muscle, integrating with, and wrapping around the front wheel arch.

The cabin has been radically redesigned to imbue it with an even sportier character. The steering wheel and its commands, the satellite pods on either side of it and the interplay of volumes and contrasting materials, combine to create an extreme cockpit in which all of the various elements are angled towards the all-important driver, around whom the volumes curve to highlight his role.

In short, the Ferrari 812 Superfast is flawless. And as Helou puts it: “When you get out of the car after having driven it, you think you are a good driver. But believe me, it’s the car.”

Too bad Bahrain road speed limits and congestion would mean torture for any car that is just waiting to burst into speed. You might not experience the real muscle in the car there, but you can be sure of turning heads – maybe a somewhat reasonable consolation.

Euro Motors, however, allows Ferrari owners the chance to test their machines to the max at the BIC, usually once or twice a year. There is also an independent Ferrari Owners Club Bahrain, which is supported by the dealer.

Furthermore, Euro Motors has an authorised Ferrari workshop. The “Ferrari Classiche Authorised Workshops”, known as Officina (Italian for workshop), authorises the dealer to implement the Ferrari Classiche certification process and ensure the correct maintenance and/or repair of Ferrari cars over 20 years old. 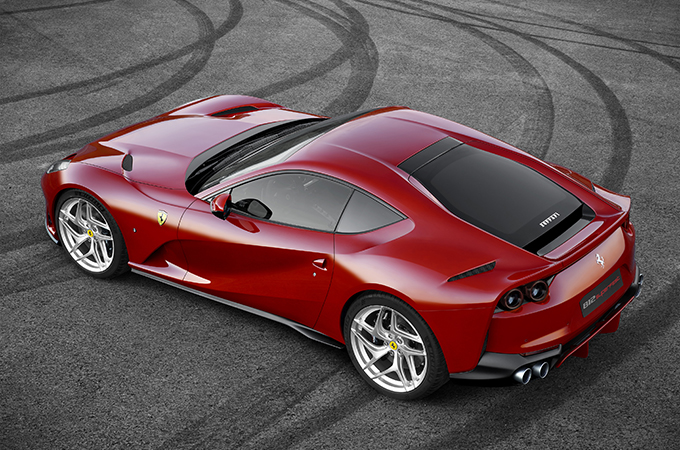 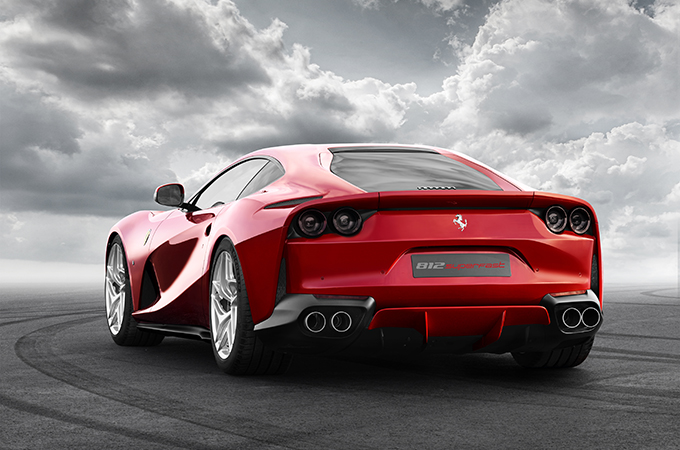 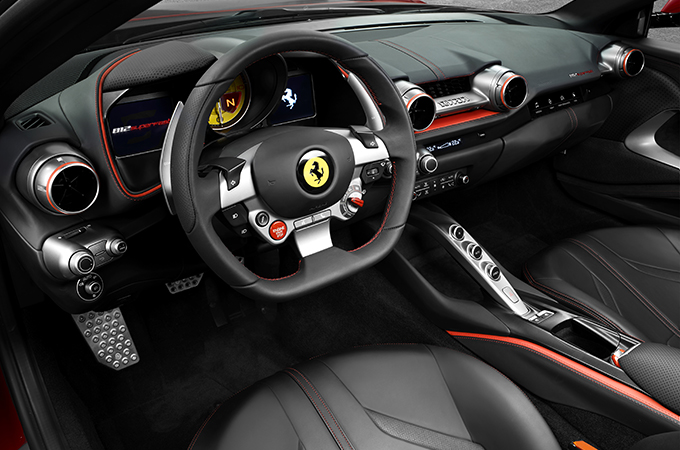 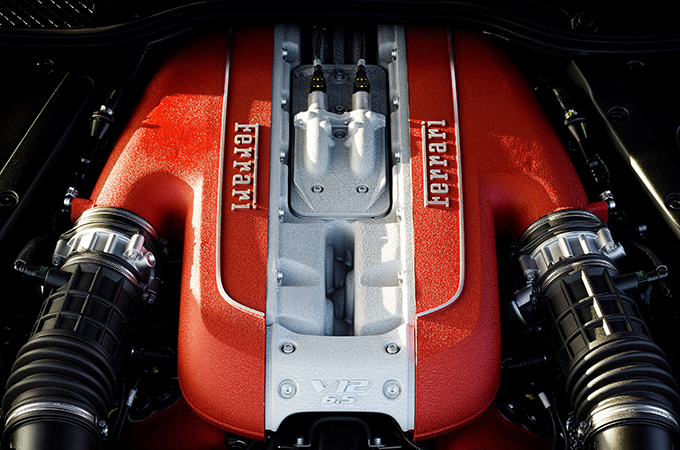 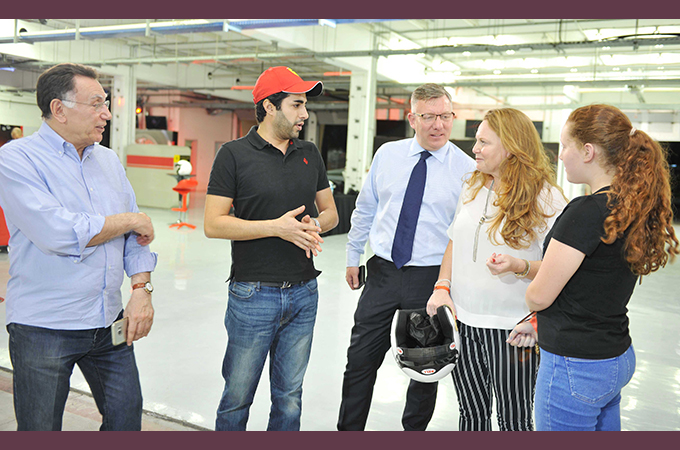 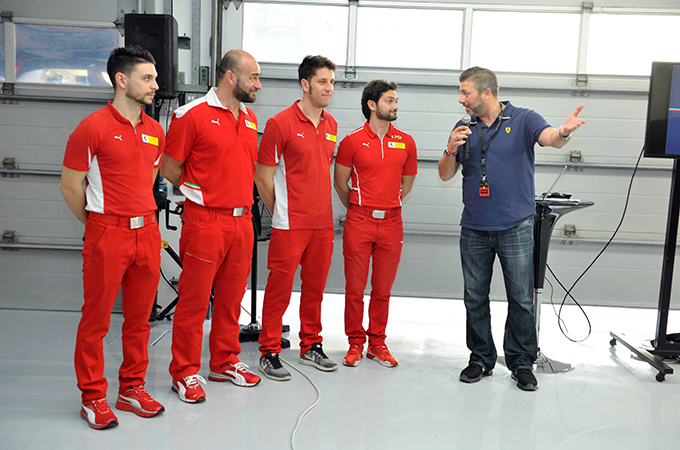 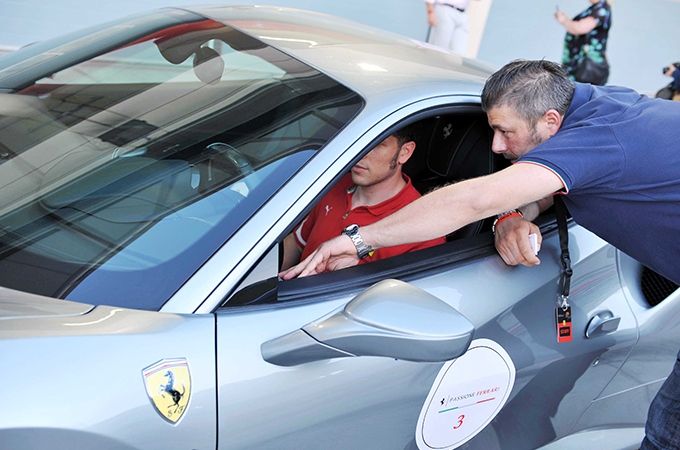 "
‘The 812 Superfast, in fact, is aimed at clients that demand the most powerful and exclusive Ferrari in the range’