Hotels & Resorts
Facelift for an Icon

As Saudi Arabia opens up to tourism under its Vision 2030 programme, the Four Seasons Hotel Riyadh, one of the kingdom’s outstanding hotels, is embarking on a multi-million-dollar upgrade to meet the new challenges

Rising majestically above the Riyadh skyline, the Kingdom Tower is instantly recognisable. An icon on the exterior, uber-chic within, it has been an exclusive business and leisure address in the Saudi capital for the last 15 years.

With 274 luxury rooms and suites, the Four Seasons Hotel Riyadh at Kingdom Tower remains the standard bearer for exceptional hospitality in the city. And, as the Kingdom opens up to tourism under Saudi National Vision 2030, the flagship property is embarking on a multi-million-dollar investment in room upgrades, a ballroom renovation and the creation of a world-class ladies spa and wellness centre.

“We have enjoyed an enviable niche for 15 years in an iconic building that created a legacy from the day it opened. The market is much more competitive now, and we rise to meet the challenge,” says Four Seasons Hotel Riyadh General Manager Rolf Lippuner.

The Swiss national, a Four Seasons veteran having held positions for the brand in the United States and the Caribbean before arriving in Riyadh in 2015, is spearheading the capital projects which, he says, will reposition the property to meet the demands and expectations of a changing market.

“As Saudi Arabia relaxes its visa formalities and further develops its tourism infrastructure, our guest demographic will change,” explains Lippuner. “We anticipate more leisure and business guests from overseas and within Saudi Arabia, from not only traditional tourism activities but also the MICE (meetings, incentives, conferences and exhibitions) space. We aim to extend our leadership position into this emerging market, and our owners are completely engaged so we can achieve that.”

While the SR250-million ($66 million) ‘product evolution’ will feature Four Seasons’ signature design details, sophistication and innovation, it will have a distinctly Saudi ambience.

“The room designs will incorporate subtle influences from Saudi Arabia’s rich artistic heritage, and that will include artworks and handicrafts from the nation’s regions,” the General Manager explains. Artisans recommended by Alwaleed Philanthropies, the international charitable and philanthropic organisation founded by Prince Alwaleed bin Talal, will also be commissioned to produce pieces for the rooms.

Meanwhile, the Kingdom Ballroom, at 4,100 square metres one of Riyadh’s largest banqueting and event spaces, will also be renovated and expanded. The intention, says Lippuner, is to create an innovative, world-class venue for large-scale business functions, conferences and exhibitions.

As Four Seasons Hotel Riyadh gears up to welcome new visitor segments, Lippuner believes the property, as one of the country’s outstanding hotels, has a responsibility to showcase the very best of Saudi tourism and hospitality.

Recently, Four Seasons launched an Extraordinary Experience to the ‘Edge of the World’, one of the true jewels in Riyadh’s tourism crown. A ‘raw-adventure-meets-Four-Seasons-indulgence’, guests are chauffeured to a site two hours from the city, perched atop an escarpment rising dramatically from the desert floor. It is a spectacular natural setting, guaranteeing extraordinary guest experiences.

“‘At the Edge of the World’ we transport Four Seasons refined luxury into Saudi Arabia’s stunning natural environment,” Lippuner explains.

“We erect a luxury Bedouin tent atop the escarpment with fantastic views across the desert. Our chefs create a sumptuous barbecue lunch, including traditional Saudi cuisine. We have local musicians, and we offer microlight flights for a bird’s eye view of the vistas. It is a way to experience a very different side to Riyadh. Our guests always expect us to go the extra mile, and the trips have already proven to be a big hit with them. And, again, this concept could be attractive even for corporate events and team building exercises.”

Given its potential, Four Seasons views Saudi Arabia as one of its most coveted regional markets. For Lippuner, a seasoned international hotelier and successful entrepreneur, his Riyadh assignment is a once-in-a-lifetime opportunity at a unique juncture in the Kingdom’s history.

“I sometimes have to pinch myself to ensure I’m not dreaming,” he says. “It is a real privilege to be here.”

He also considers it to be a privilege to be leading a team of dedicated staff in Riyadh steeped in the finest traditions of the Four Seasons service philosophy, which perfectly complements Saudi Arabia’s natural culture of hospitality.

“The Four Seasons is highly selective in its recruitment policy, but the most basic ingredients we look for in our employees are an intuitive sense of service, courtesy, attitude and professionalism,” he explains. “If a candidate possesses these traits, we can teach then anything.”

An increasing number of the property’s employees are Saudi nationals, excelling in customer-facing roles, for example on the front desk as well as behind the scenes, such as in the kitchens where local chefs produce five-star versions of some of the Saudi culinary classics.

The General Manager is excited by the journey and opportunities as the Four Seasons Hotel Riyadh captures the spirit of the ‘New Kingdom’ and the city becomes ever more cosmopolitan.

“As Riyadh evolves, we are taking intuitive connections with our guests to the next level,” he points out. “It is very important that our engagements with guests are much more than just perfunctory interactions. I take a very personal approach to hotel management, and I and my team invest in guest relationships.”

The personalised approach continues to pay dividends. Predominantly a corporate hotel to date, Four Seasons Hotel Riyadh enjoys an outstanding reputation among an international business elite which demands consistent excellence. And if repeat guest visits are a barometer of satisfaction, Lippuner and his team are delivering.

“Our guests are very loyal because they trust the brand,” he states. “We don’t have a loyalty programme, guests come back to us because they value and recognise the consistency and unrivalled standards of Four Seasons product and service.”

As an enduring symbol of exceptional hospitality, Four Seasons Hotel Riyadh continues to stand out. In a city, Kingdom and market in transition, this sophisticated haven is all set to deliver

on new levels of refinement and innovation with a discernible, and discerning, Saudi touch. 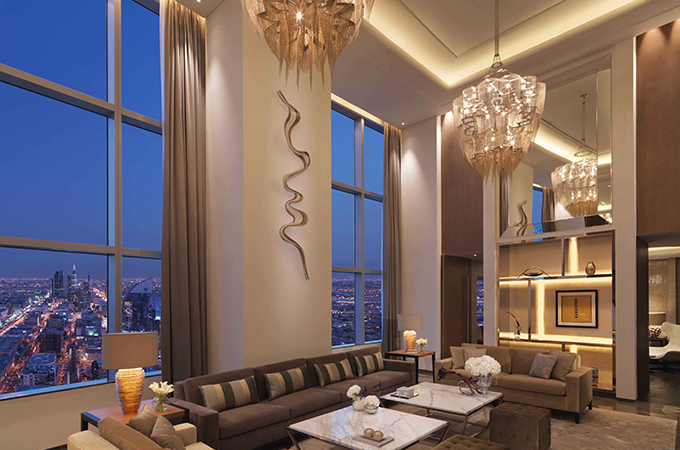 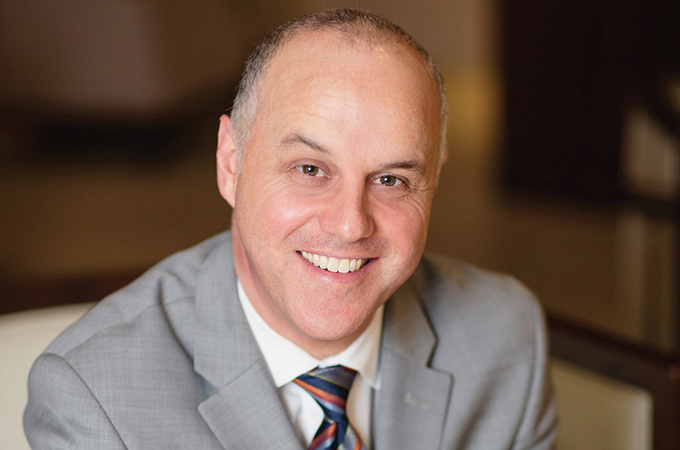 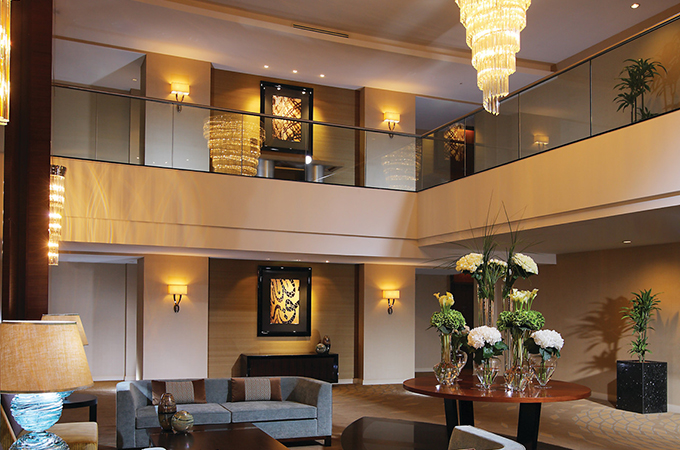 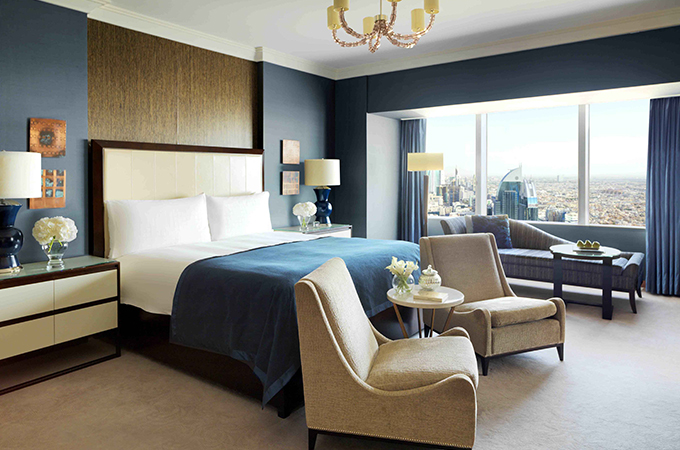 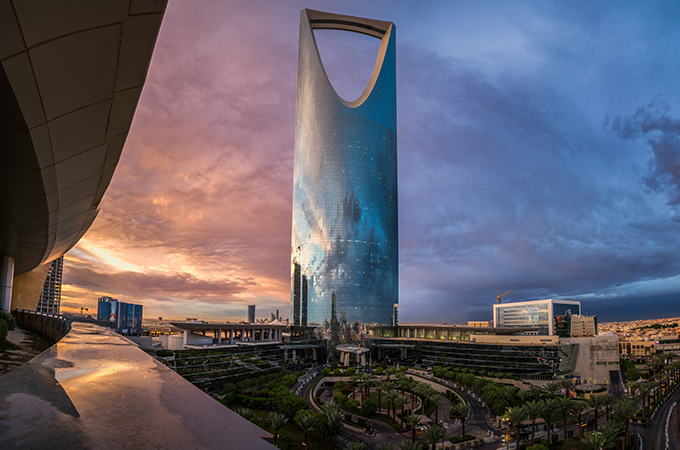 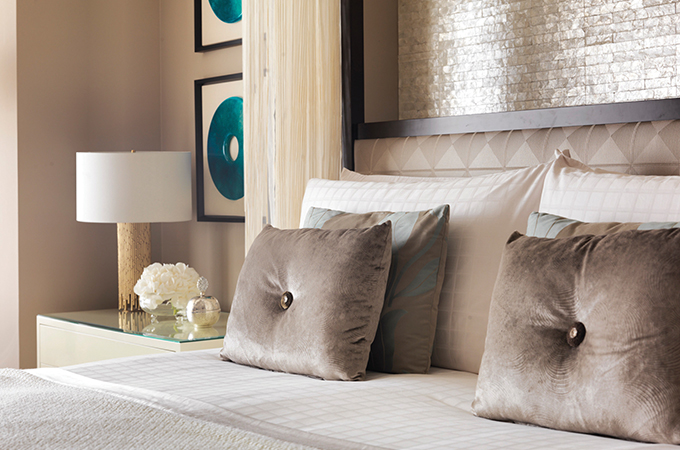 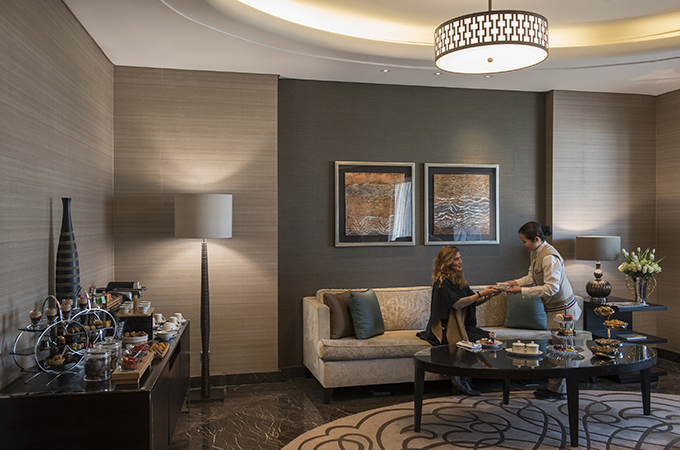 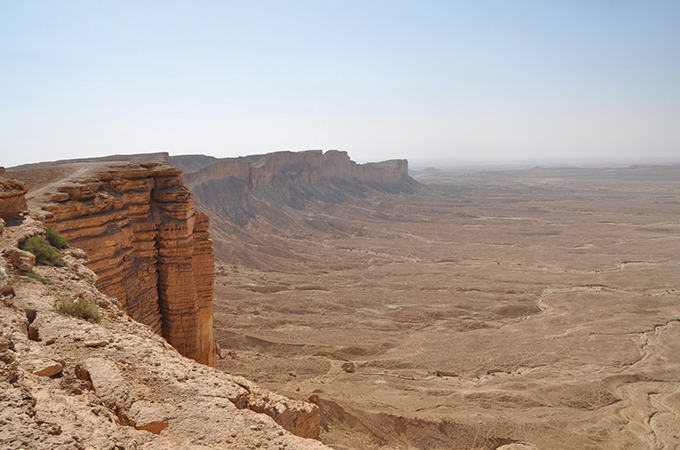 "
The room designs will incorporate subtle influences from Saudi Arabia’s rich artistic heritage, and that will include artworks and handicrafts from the nation’s regions