Engineered as a dynamic car with strong appeal to younger customers and more enthusiastic drivers, the G70 joins the flagship G90 large sedan and mid-sized G80 and G80 Sport, once again demonstrating the commitment to excellence and authenticity that underpins the world’s newest luxury auto brand, the company said.

The Genesis G70 is the latest representation of the brand’s rapidly evolving DNA, with its graceful and dynamic exterior styling, elegant and intuitively designed interior, and choice of two different powertrains: turbocharged 3.3-liter petrol V6 and 2.0-liter turbocharged petrol I4.

“Genesis has been very well received in the Middle East, and the Genesis G70 will be an exciting new chapter in our story,” said Altar Yilmaz, Genesis General Manager for the Africa and Middle East region. “For many of our potential customers, this is the Genesis they have been waiting for.”

The arrival of the Genesis G70 in showrooms follows a previous display presentation at the Dubai International Motor Show in November 2017, where Genesis fielded a large number of enquiries about the car. With larger G80 and G90 models already growing a strong base of loyal customers, it is expected the compact model will add significantly to the brand’s appeal in the competitive Middle East luxury car market.

The all-new G70 showcases the future direction of the Genesis brand’s ‘Athletic Elegance’ design identity. This visual philosophy is represented in the exterior styling, capturing the essence of the Genesis DNA to bring to reality a superbly crafted sports sedan.

From the front and side, the prominent crest-type grille, character lines extending from the hood emblem, and pronounced air intakes, communicate muscular performance. Two distinctive linear LED DRLs on each side of the large crest grille foreshadow the future Genesis signature quad lamps.

In the rear, the LED rear combination lamps continue the quad lamp theme, while the raised trunk lid and compact bumper designs give the G70 a poised character. The rear lamps, evolved from the G80, have been stretched to convey a dynamic stance.

The G70’s interior is configured to prioritise an excellent user experience, with superb fit and finish throughout. The interior packaging reflects simplicity, with an emphasis on genuine functionality instead of gimmickry. A horizontal layout brings a sense of stability, with intuitively laid out switchgear and a comfortable, assertive sport steering wheel. 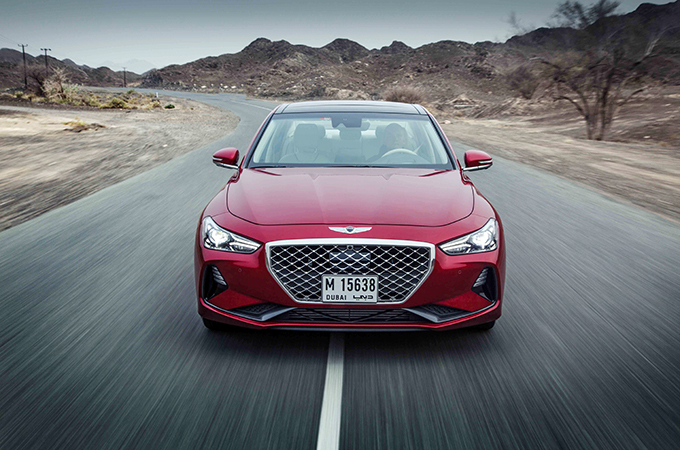 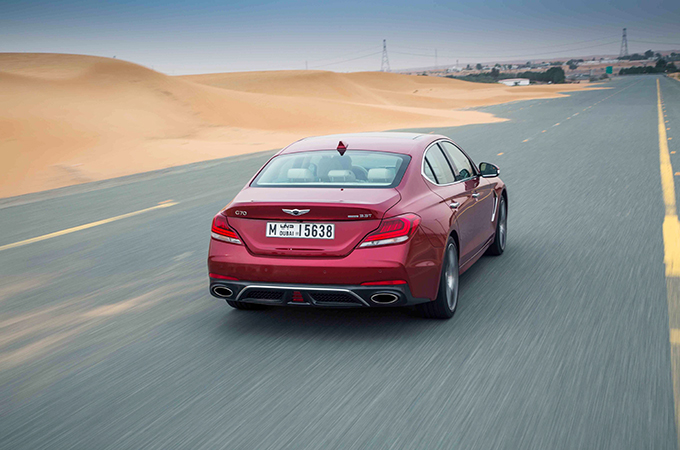 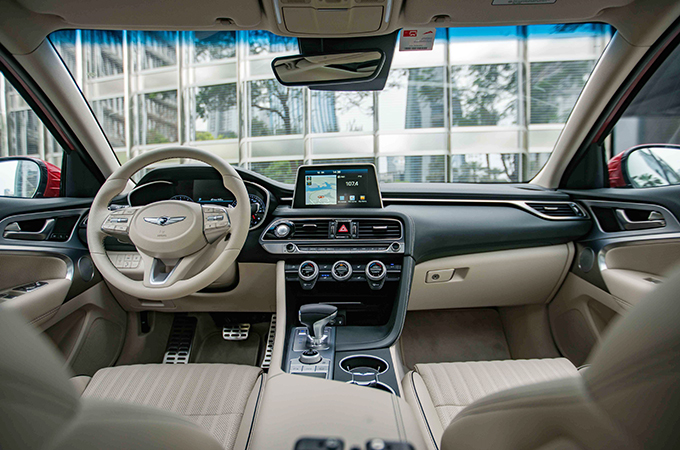 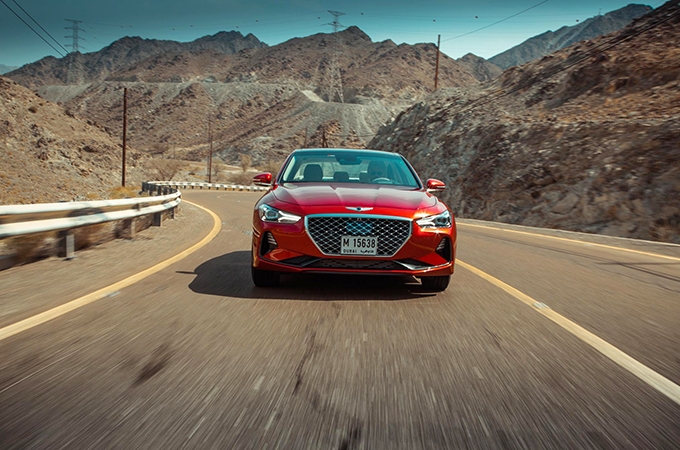 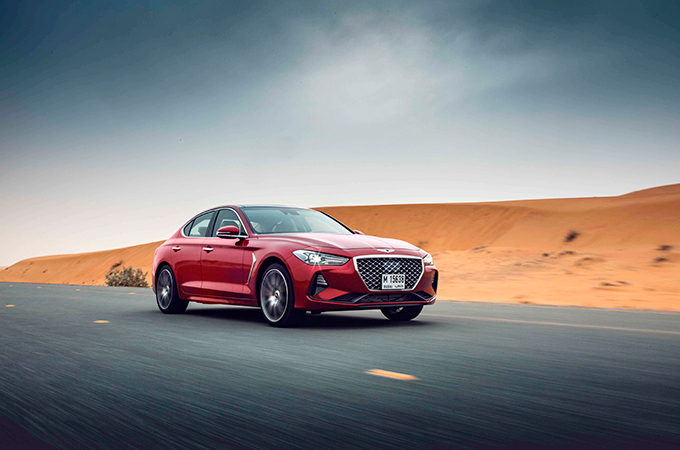