To celebrate 30 years of the BMW M5 – the founder member of the high-performance business saloon segment – BMW has created an exclusive, special edition of the current, fifth-generation model boasting performance that sets it apart from its stablemates.

The BMW M5 30 Jahre Edition will be produced in a limited run of just 300 vehicles worldwide. Developing 600 hp and peak torque of 700 Nm, this special edition is not only the most powerful BMW M5 ever to emerge from series production under the auspices of BMW M, but also the most powerful production car in the history of the brand.

The car sprints from zero to 62 mph in a lightning fast 3.9 seconds. Its BMW Individual-inspired looks and dynamic and comfort-enhancing equipment make this special edition M5 set to be a highly desirable collector’s item.

Under the bonnet of the car is a 4.4-litre V8 engine with M TwinPower Turbo technology and an output of 600 hp, 40 hp more than the standard model. This power boost has been achieved through carefully calculated tweaks to the engine management and an increase in charge pressure.

The foundation for these upgrades was provided by the Competition package – itself a car that already came with a power upgrade. Conceived to appreciably enrich the handling characteristics of the BMW M5, it can be ordered as an option for the regular model and is part of the special edition’s standard specification.

The Competition package comprises modifications including a revised chassis set-up with firmer spring/damper tuning and a 10-mm drop in ride height. Added to this, the Active M Differential on the final drive gains its own control unit to further improve traction. Elsewhere, the steering with the M-specific Servotronic function has more direct mapping and the M Dynamic Mode of the DSC (Dynamic Stability Control) system is focused even more keenly on delivering sporty handling.

In keeping with the anniversary celebrations which have inspired its creation, the special-edition model has been given the BMW Individual treatment. As a result, it cuts a more dynamic, head-turning figure than its standard siblings. The striking BMW Individual Frozen Dark Silver metallic paint accentuates the elegantly muscular forms of the BMW M5. The kidney grille surround, gills with ‘30 Jahre M5’ badge on the front wing, door handle inserts and twin exhaust tailpipes all come in black chrome. The same is true of the 20-inch bi-colour M light-alloy wheels.

The interior of the car includes exclusive touches to highlight the anniversary. The driver and front passenger will be greeted by ‘30 Jahre M5’ lettering on the front door sill finishers, while a plaque bearing the ‘30 Jahre M5’ and ‘1/300’ inscription is integrated into the Dark Aluminium Trace interior trim. The ‘30 Jahre M5’ logo is also embroidered into the backrests of all four of the high-performance saloon’s seats.

A Harman/Kardon surround-sound system with a total of 16 speakers is also included as standard and a 1,200-W Bang & Olufsen audio system is available as an option. In addition to the exclusive content, this car also features as standard such equipment as adaptive LED (light emitting diodes) headlights, comfort access with smart opener, driving assistant, lumbar support and split folding rear seats with additional 12-volt power sockets.

The BMW Group is the leading premium manufacturer of automobiles and motorcycles in the world with its BMW, Mini and Rolls-Royce brands. As a global company, the group operates 28 production and assembly facilities in 13 countries and has a global sales network in more than 140 countries.

The success of the BMW Group has always been built on long-term thinking and responsible action. The company has, therefore, established ecological and social sustainability throughout the value chain, comprehensive product responsibility and a clear commitment to conserving resources as an integral part of  its strategy. 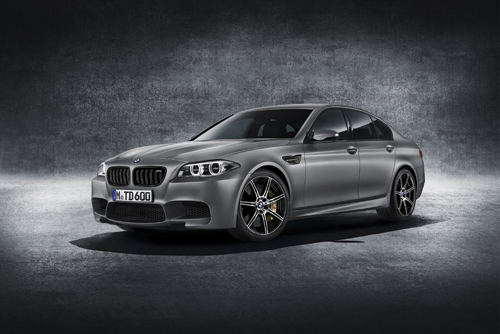 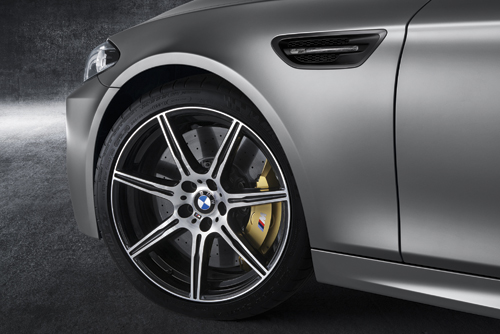