The rebels of Swiss watchmaking are dusting off four centuries of tradition with a line of scorching new creations! These fiercely inventive mavericks openly proclaim their transgressive tendencies, despite the fact that none of their provocations are ever gratuitous, but always filled with meaning.

For them, inspiration is everywhere: in the street, in myths and legends, in nature and philosophy, as well as in their personal career.

Visionary ‘troublemakers’, they are always a length ahead and avoid taking themselves seriously. This year, they are each delivering their own interpretation of death – which has never been so full of life!


STROM – MEMENTO MORI, CARPE DIEM - SKELETON
Memento Mori, Carpe Diem: remember you will die, seize the day! This watch delivers a powerful message, reminding us that we are but mortals and inciting us to make the most of the present. Beyond its symbolic value, this is a horological tour de force from Strom. Working with movements made in the 1950s, the brand has produced a masterpiece of skeletonisation. The original bridges and wheels have been replaced by skulls and bones, all carved by hand, to form a striking composition. They are further exalted by a traditional guilloché on the dial side, produced with rose engine lathes that are over 150 years old. Their mysterious dance continues on the movement side. Nine-piece limited series for each execution, in red gold or in white gold.
Price: $40,000

STROM – MEMENTO MORI, CARPE DIEM - BONE
This is a Gothic dream, underscored with the medieval accent of hands and numerals. The solid silver case is carved with skulls. Then there is the astonishing dial, crafted entirely from genuine animal bone. Not that this new timepiece in the Agonium collection seeks to provoke. Rather it expresses the existential questions that haunt any human being. As always, Strom has sculpted case and dial by hand. Limited to 99 pieces.
Price: $13,000

STROM – MEMENTO MORI, CARPE DIEM - ONE HAND
No-one knows when their hour will come. Until it is time for us to make that final journey, the Memento Mori, Carpe Diem - One Hand invites us to live to the full the time we have left, shown on a single hand. Minutes and seconds are forgotten, only the present moment – or rather the present hour – counts. Giving form to this philosophical, and rather hedonistic, reflection is a hand-crafted watch. The skull-embellished case has been made by hand, while the guilloché on the dial is produced using rose engine lathes that are 150 years old. A 99-piece limited series for each dial execution – black or bone white.
Price: $16,000

ARTYA – SON OF A GUN RUSSIAN ROULETTE
Remember to live, because you can see the time but do not know when your time will come. Such is basically the message conveyed by this Son of a Gun Russian Roulette. The game is set to be explosive, especially since the barrel-dial spins with each wrist movement and has only one (real) lucky bullet. So the wearer will need to be quick on the draw in this round of Russian roulette powered by a new skeleton movement. The lucky bullet is in fact made from a finely cut bullet cylinder head.
Prices: Steel version, $8,400; Pink Gold version, $31,515

ARTYA – SON OF A GUN SKULLS
Wilder than ever, the ArtyA brand now thumbs its nose at death. 11 skulls on the dial appear to be suspended in a morbid dance, like spirits hovering above the living. Prolonging this final dance before eternal rest, hand-sculpted silver skulls are entwined to form a bracelet that ends in bones. A traditional mechanical movement that is definitely not breathing its last sets the pace for this resolutely offbeat ball of the living dead.
Price: $20,170

ARTYA – SON OF SOUND BLACK
Infused with a powerful avant-garde spirit, ArtyA sends a rock-style breeze blowing across wrists. Black rock, like this Son of Sound with its revolutionary guitar-shaped case protected by seven patents. One might almost be tempted to forget that this riff-saturated revelation is also a high-precision chronograph. Its pushers are guitar pegs and its dial is composed of a set of strings and sound holes over counters and windows that remain eminently readable despite the dark overall tone. Black is Black certainly ‘sounds’ more expressive than ever.
Price: $20,060

BOMBERG – BOLT-68 SKULL LIMITED EDITION
At last! A Swiss brand moving firmly off the well-beaten tracks of watchmaking to add a transgressive touch. The obscure object of desire is called Bolt-68 Skull and asserts itself with a powerful look with a hint of offbeat humour – as well as an exclusive technical feature. A clever bayonet-type system with a safety catch enables the timepiece to be detached from the bracelet and fixed to a metal chain. A world apart from grandpa-style pocket watches, the links are a procession of skulls, with a clearly visible snap hook on either hand. A must-have for unabashedly virile men! What’s not to love? It would be great to see more timepieces in a similar vein! A 250-piece limited edition.
Price: $3,995 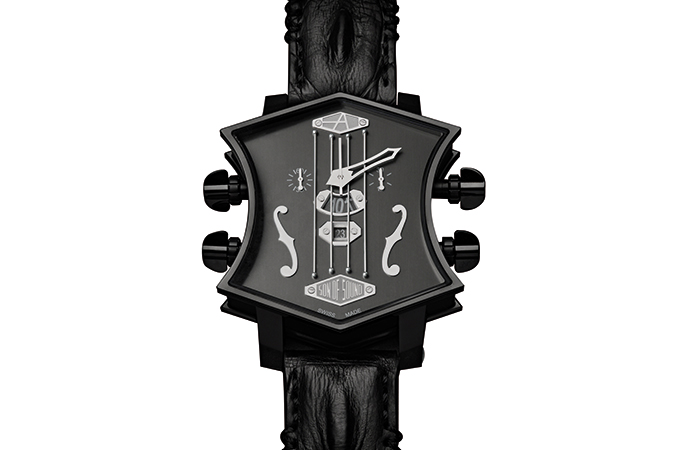 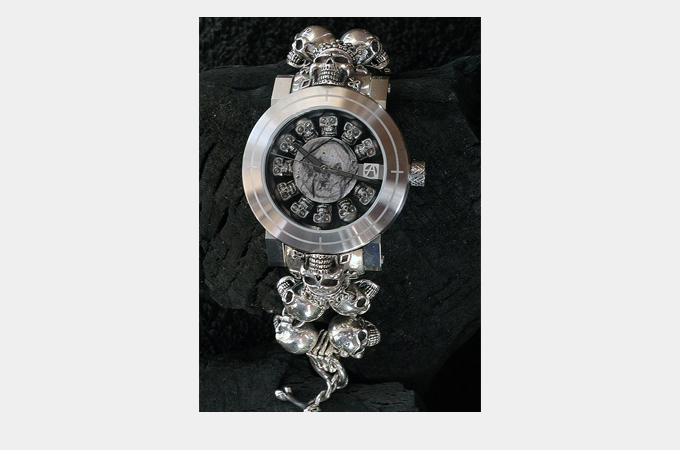 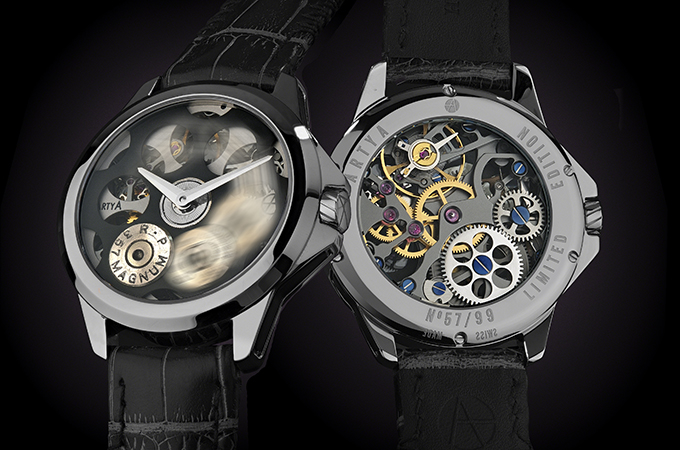 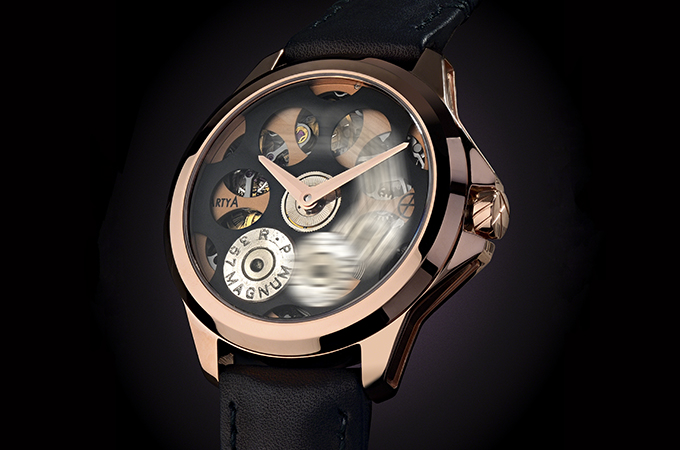 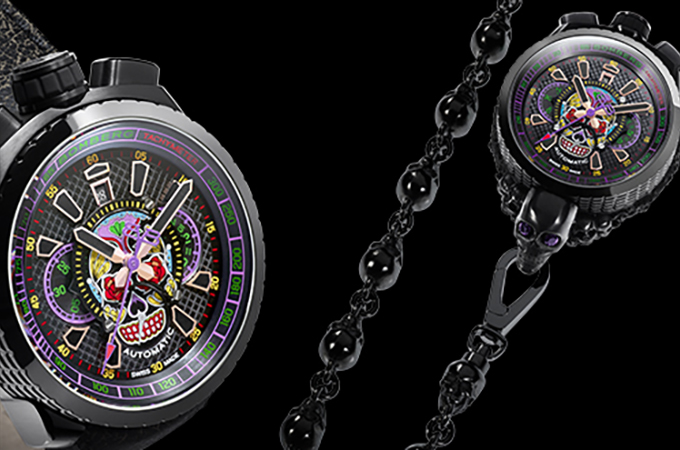 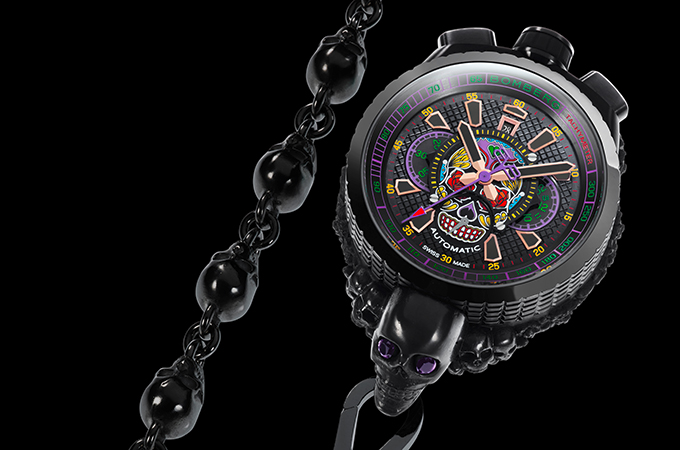 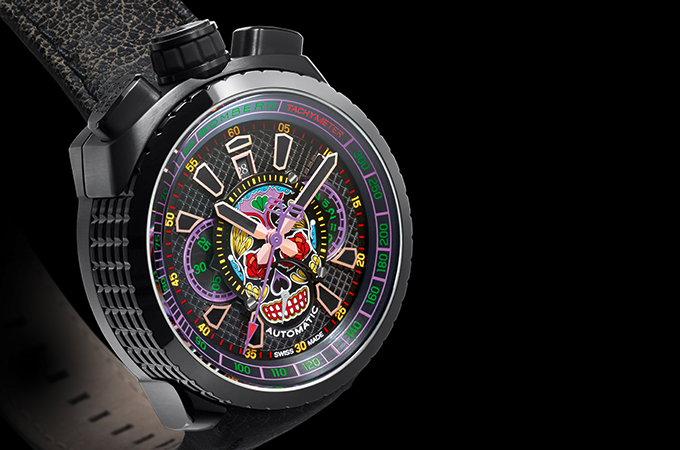 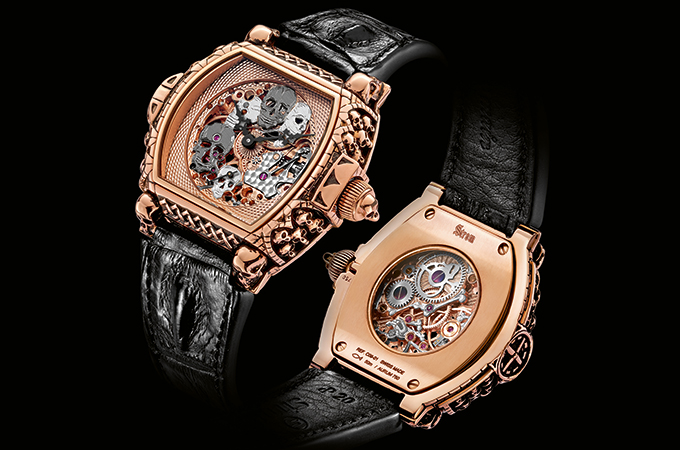 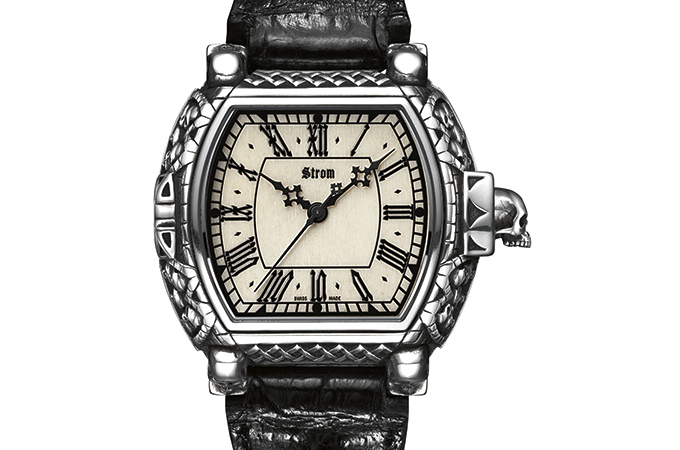 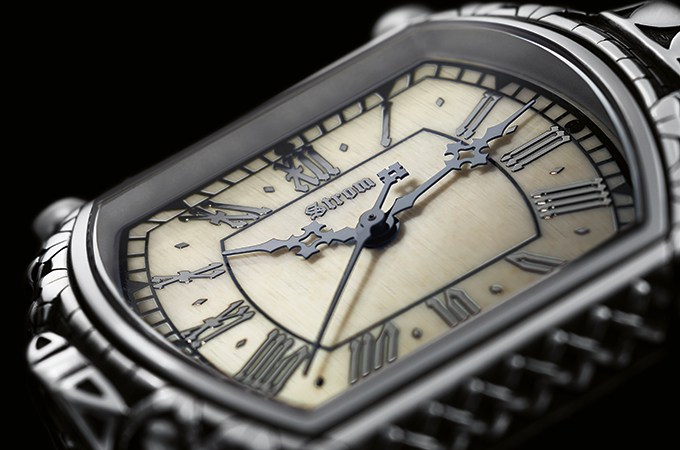 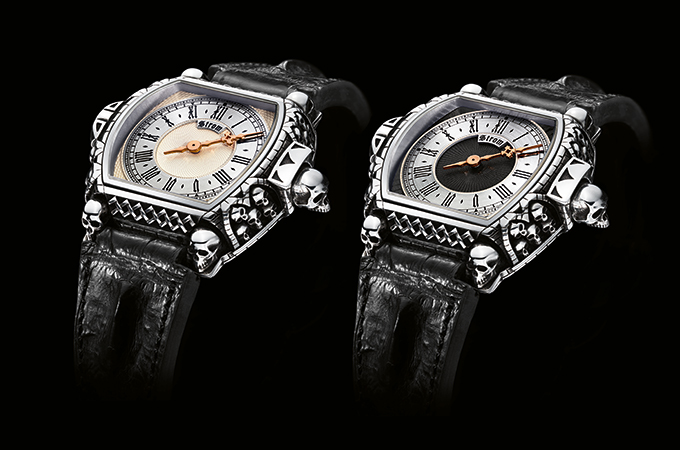 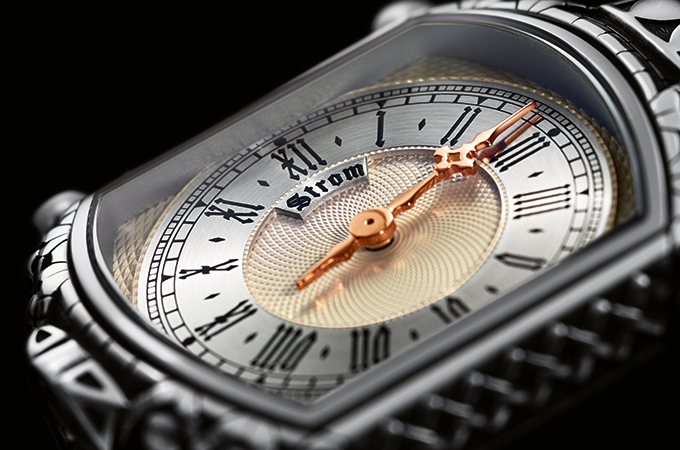