Swiss watchmaker Rado is set to welcome 2015 on court at the Mubadala World Tennis Championship in Abu Dhabi, UAE, which starts on New Year’s Day.

It’s the tournament with which Rado celebrated its return to the tennis world as a prelude to the 2012 season, and the brand is back as official timekeeper for the fourth consecutive year.

The Mubadala World Tennis Championship, which takes place from January 1 to 3, is the first tournament on Rado’s 2015 tennis calendar.

Located in the International Tennis Centre at Zayed Sports City in Abu Dhabi, the hard court tournament will feature world number one Novak Djokovic along with world number 3 Rafael Nadal, who will be playing his first tournament after recovering from an operation to remove his appendix.

Rado brand ambassador Murray will be looking to lift the trophy he won in 2009 during the first edition of the tournament.

In its role as official timekeeper, Rado will be timing every second of every match with corner clocks in the shape of the sporty HyperChrome timepiece.

These eye-catching corner clocks can be seen in the corners at opposite ends of centre court.

Rado says that visitors will also have the opportunity to find out more about the brand at the Rado booth where the tennis inspired Rado HyperChrome Court Collection models will be on display amongst other high-tech ceramic marvels.

The official watch of this year’s Mubadala championship is the Rado HyperChrome Court Collection Automatic Chronograph in brilliant blue, a colour that recalls the tournament court surface.

Made in matt black high-tech ceramic and fitted with a rubber strap, this is the ultimate sports watch, whether one is on the court or following the action from the stands.

Rado is well known for its innovative design and use of revolutionary materials to create some of the world’s most durable watches. 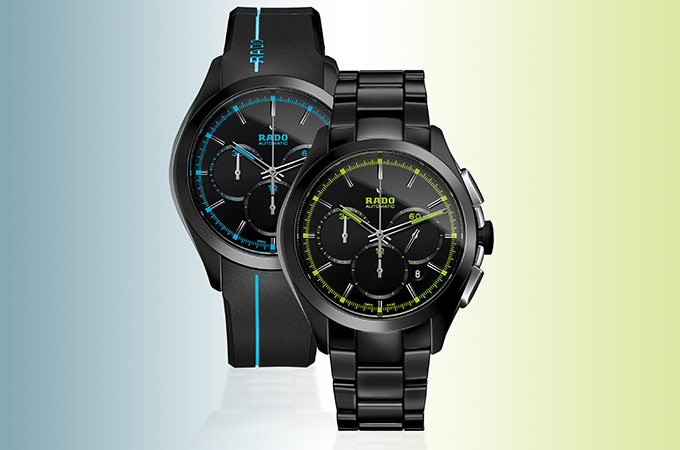 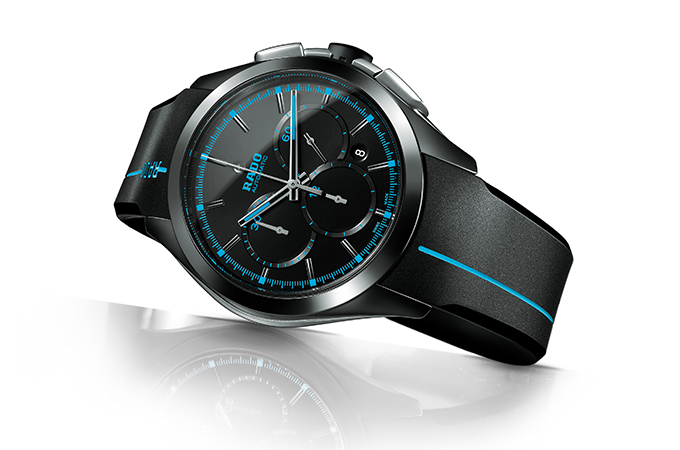 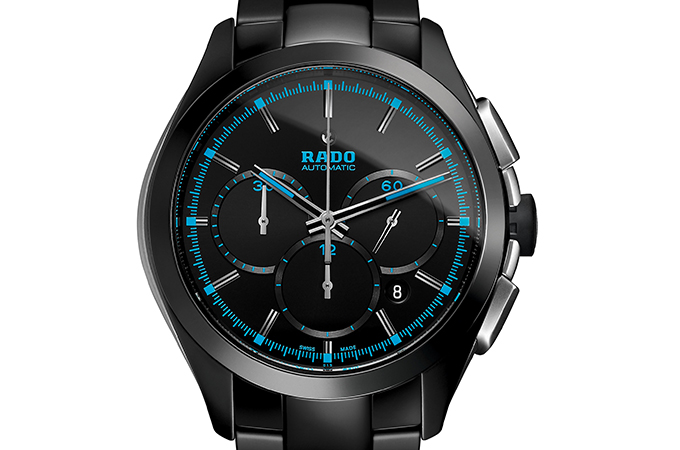