Bentley Motors’ Mulsanne Majestic has been launched in Qatar by Al Wajba motors.

Limited to just five models for the state, the Mulsanne Majestic, inspired by royalty, has been highly anticipated by luxury car collectors across the country.

Derived from the Bentley Mulsanne flagship, the Majestic is the definitive example of exclusive handmade luxury and performance, according to the UK carmaker.

The car boasts “astounding levels of specification, exclusive only to this model, making it a must have collector’s item for Bentley enthusiasts”.

Trevor Gay, Bentley Motors VIP and Special Sales Manager, Middle East, Africa, ‎India and Asia Pacific, says: “The Mulsanne Majestic is inspired by our customers’ strong understanding of traditional royal values and the strong family unit. The ideal of Majesty is well received here and links perfectly to one of the most luxurious and unique models we've ever built.

“This is an extremely limited edition, which will appeal to Bentley enthusiasts who demand the highest standards in luxury and performance from their cars, but who also want exclusivity and grandeur.”

The car displayed to assembled guests at the launch event on Sunday featured a stunning Special Ivory‎ exterior with a single fine line in Saddle to complement the car’s neutral tone.

The theme continued on the interior with striking Magnolia on the seats, seat belts and panels.

The car was fitted with Dark Tan carpets with Magnolia binding and deep black curtains in the rear for added privacy.

All the Qatar Mulsanne Majestics come with a host of luxury options, including ‘Majestic’ wording inlaid on the rear iPad tables, further ‘Majestic’ badging on the cupholder lid and waistrails, and two loose cushions, trimmed and piped in the same hide as the seats.

The cars will also receive the refrigerated bottle cooler, with frosted glasses and crystal flutes.

The car features distinctive 21-inch Mulliner-branded five-spoke alloy wheels, exclusively designed for the special edition. Along the front wheel arches the model features ‘Majestic’ badges to set it apart from the standard Mulsanne.

Inside, illuminated tread plate plaques read ‎‘Majestic’, and each of the five cars is marked with its unique number, celebrating the extremely limited run of these special cars.‎

At the heart of the car lies Bentley’s powerful 6¾-litre twin-turbo V8 engine, which gracefully complements the car’s sophisticated exterior. The accentuated dual character of performance and luxury continues Bentley’s drive to combine the two worlds of luxury and ‎performance together in one handcrafted car.

A total of ‎‏‎15‎‏‎ Majestics will be built‎,‎‏‎ with five cars for the Qatar market‎, ‎five cars going to ‎Saudi Arabia and five to the UAE‎. ‎Each car is unique in its trim and ‎specification‎, ‎making this one of the ‎‏most exclusive cars available on the market today‎.

Bentley Motors is one of the most sought after luxury car brands in the world. In 2013 one in every four luxury cars delivered to customers worldwide was a Bentley.

Its headquarters in Crewe is home to all of its operations including design, R&D, engineering and production of the company’s three model lines, Continental, Flying Spur and Mulsanne. 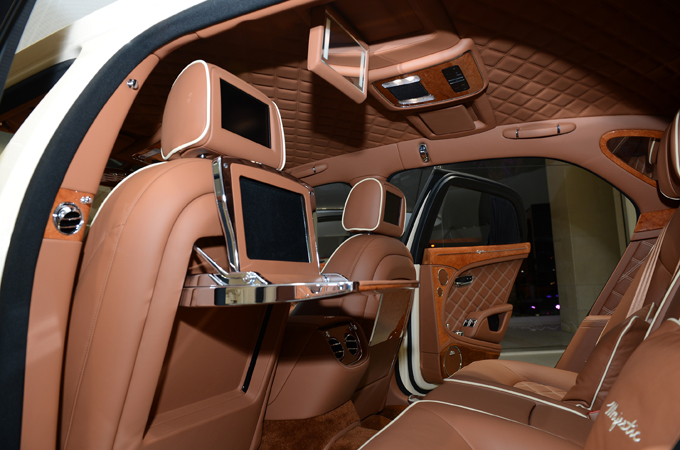 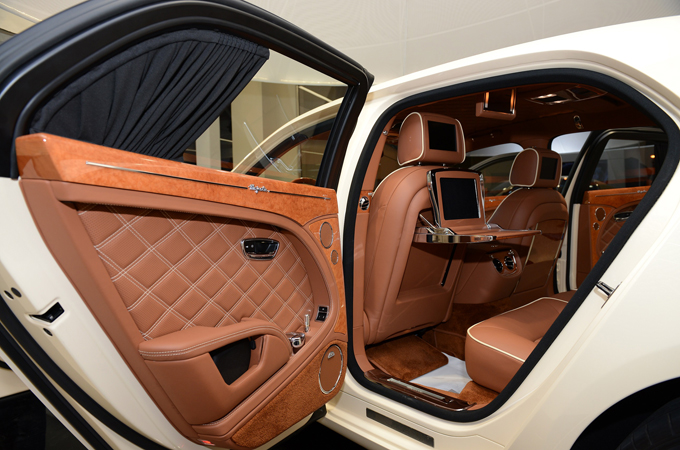