Rolls-Royce Motor Cars’ new bespoke collection that encompasses the marque’s entire family of motor cars for the first time ever, is making waves in the Gulf.

The Suhail Collection is the first to be offered on Phantom, Ghost and Wraith models, and takes its inspiration from Suhail, one of the brightest constellations in the sky.

It celebrates the work of the Arabic scientist considered by many as the father of theoretical physics and a great influence on Western scientific thinking.

The unveiling of this very special collection completes a year that has seen Rolls-Royce’s Bespoke offer reach new heights of popularity, creating numerous beautiful and compelling collection cars such as Year of the Horse, Pinnacle Travel, Waterspeed, Metropolitan and Maharajah.

Named after one of the brightest constellations in the sky, Suhail and its light is believed to have inspired the 10th century Arabic mathematician, astronomer and physicist Ibn Al Haitham, whose best known work is the Kitab Al Manazir or Book of Optics.

Amongst other achievements, Al Haitham was the first scientist to realise that light enters the eye rather than leaving it.

His Book of Optics was translated into Latin in the 13th century and has influenced a number of key Western scientific thinkers including Roger Bacon, Leonardo Da Vinci, Galileo Galilei and René Descartes.

“Ibn Al Haitham was a notable pioneer whose scientific achievements represented a turning point in the history of science. We felt the Suhail constellation was the perfect inspiration for a very special bespoke collection to celebrate his influence on Eastern and Western science,” says Torsten Müller-Ötvös, Chief Executive Officer, Rolls-Royce Motor Cars.

A host of elegantly executed touches have been added to the Rolls-Royce Phantom, Phantom Coupé, Ghost and Wraith to bring the spirit of Suhail to life in this extraordinary collection, says the British luxury carmaker.

“The exterior of these astronomy-inspired motor cars sparkle “in a unique moonstone pearl colour evoking the colour of the stars at night, whilst a Suhail star emblem completes a Turchese Blue coachline inspired by the colour of the night sky when Suhail is visible”.

Suhail star emblems are also worked into the marquetry on the Ash Burr wood fascia, whilst a starlight headliner in the Phantom and Wraith models allows the owner “their own personal moment of stargazing”.

Finally the bespoke clock, colour matched to the interior, depicts the Suhail Ursa Minor and Major constellation on the clock face.

The four Suhail cars were received by Abu Dhabi Motors of the UAE, the sole dealer of Rolls-Royce Motor Cars in Abu Dhabi and Al Ain, which had conceptualised the new collection.

In addition to the Suhail Collection, 2014 has seen several beautiful and compelling Collection cars such as Year of the Horse, Pinnacle Travel, Waterspeed, Metropolitan and Maharajah created by the Bespoke Design Studios at the home of Rolls-Royce in Goodwood, England.

These included:
• A majestic Horse Ghost to celebrate the Chinese Year of the Horse, the Pinnacle Travel Phantom at the 2014 Beijing Autoshow, which showcased the imaginative heights of craftsmanship and design that emanates from Goodwood, seen through the prism of modern luxury travel.
• The Phantom Drophead Coupé Waterspeed Collection, designed to celebrate Sir Malcolm Campbell’s act of setting a new world water-speed record on the Lake Maggiore in 1937.
• The Phantom Metropolitan Collection, which paid homage to the world’s great metropolises through the most complex application of marquetry ever undertaken by Rolls-Royce, and
• The one-of-a-kind Maharaja Phantom Drophead Coupé, inspired by the Golden Age of the Raja and conceptualised and handcrafted in honour of India’s affinity with the superluxury marque.
• These limited collections serve to inspire customers, with record levels of bespoke demand reported by the carmaker in September 2014.

Nearly every Phantom across the globe, 90 per cent of Wraith and 80 per cent of Ghost family motor cars were commissioned by customers with some element of bespoke design.

Whilst every Rolls-Royce is special, many customers desire extraordinary distinguishing features to make their car completely unique. This falls to the marque’s Bespoke design department; “a collective of the automotive world’s finest designers, engineers and craftspeople”.

With an unparalleled scope for personalisation, Rolls-Royce Motor Cars says that bespoke design is very much the jewel in the crown of its unique brand promise, and that, indeed, “Bespoke is Rolls-Royce”. 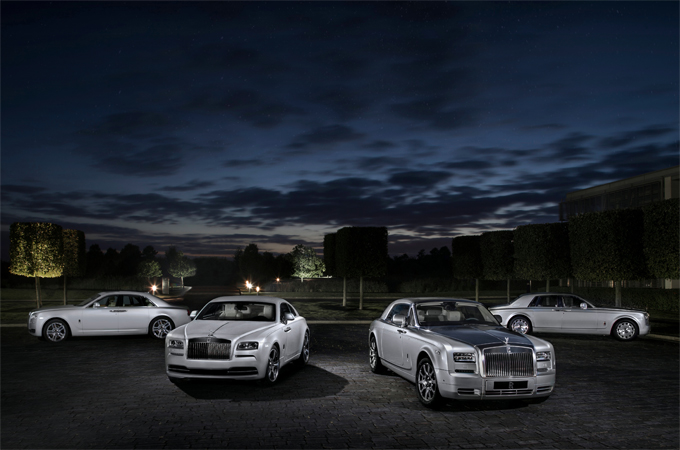 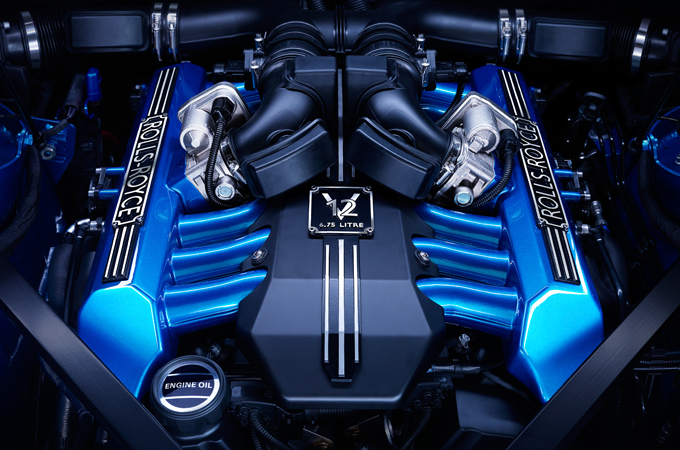 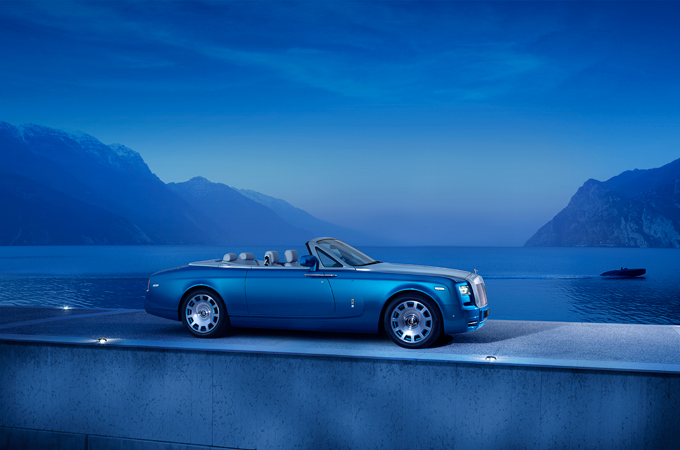 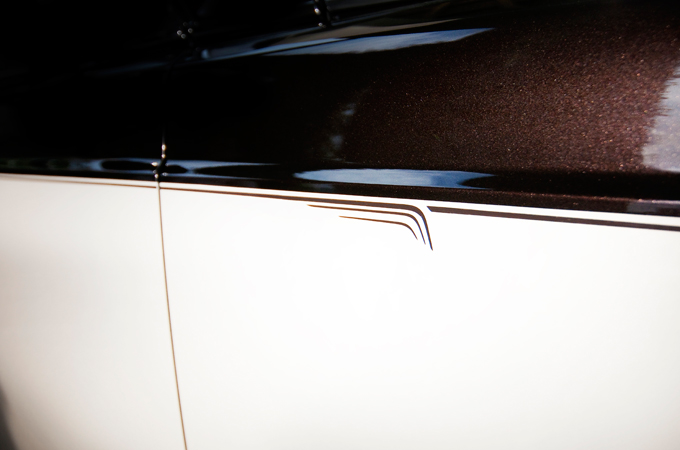 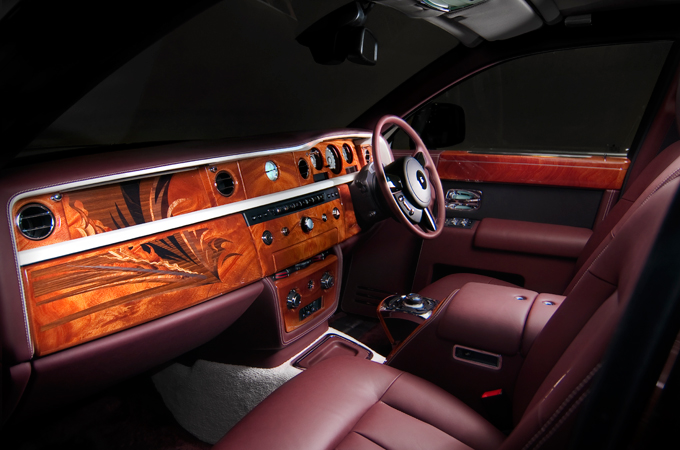 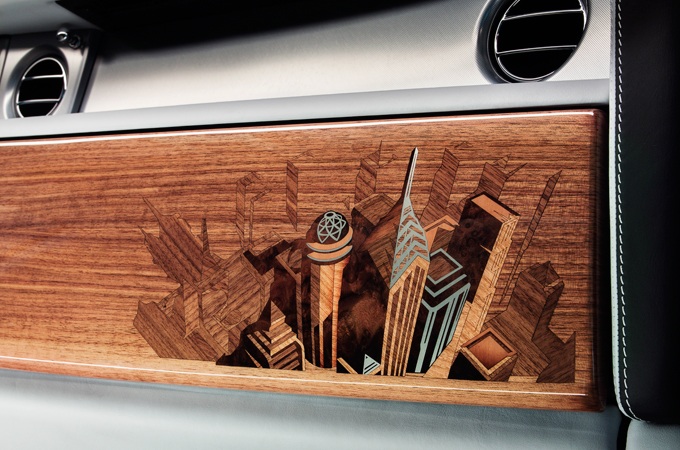 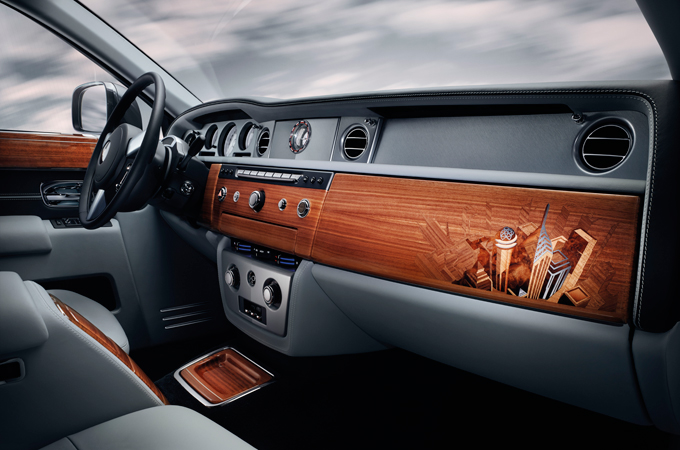 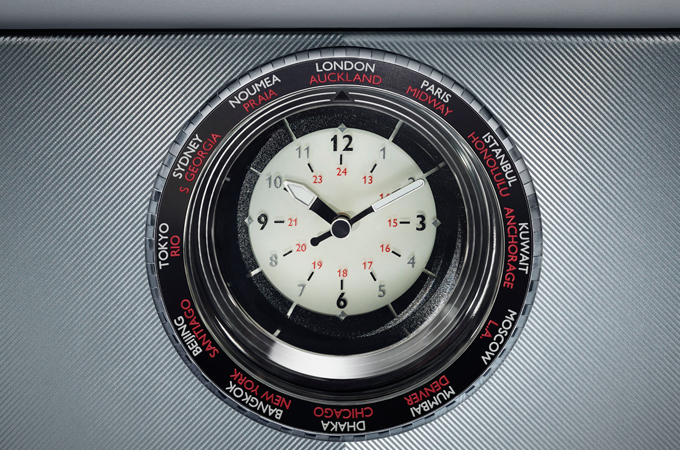 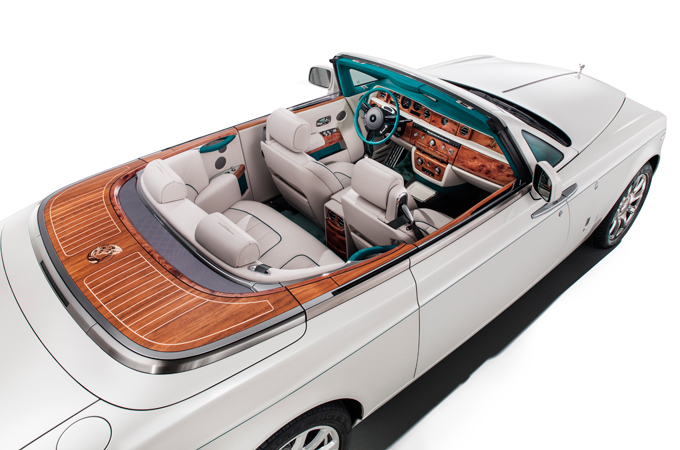 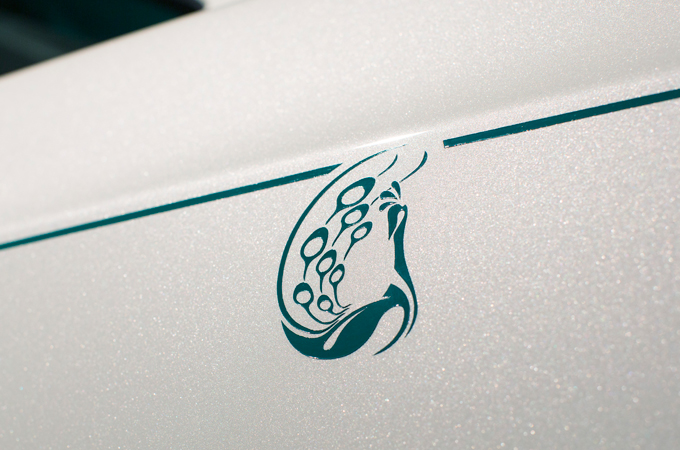 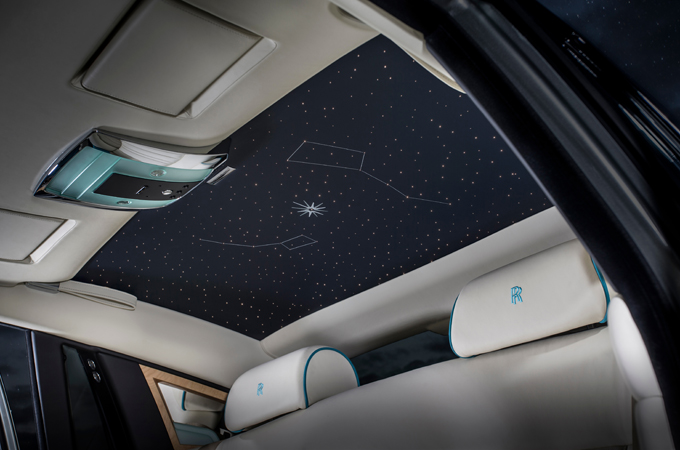 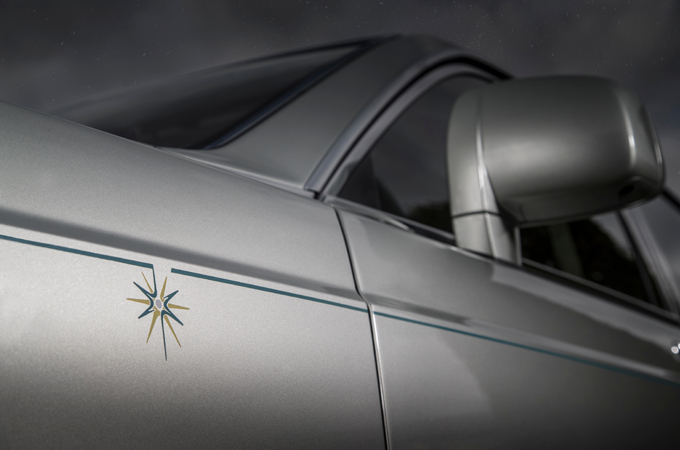 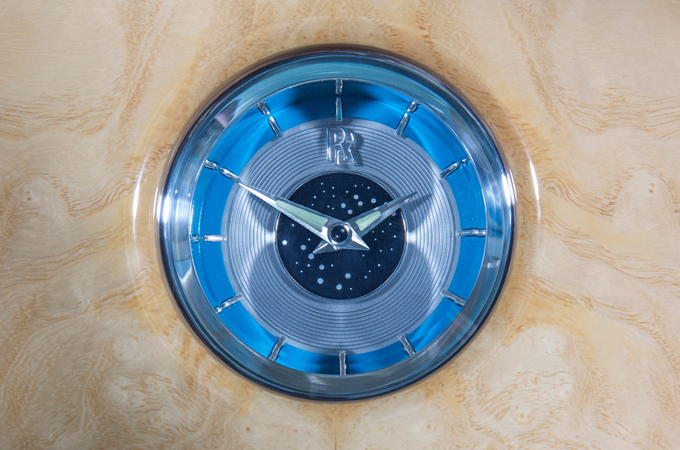 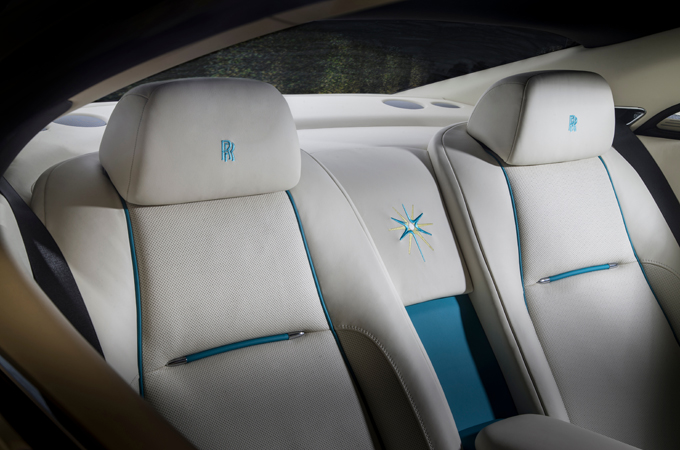 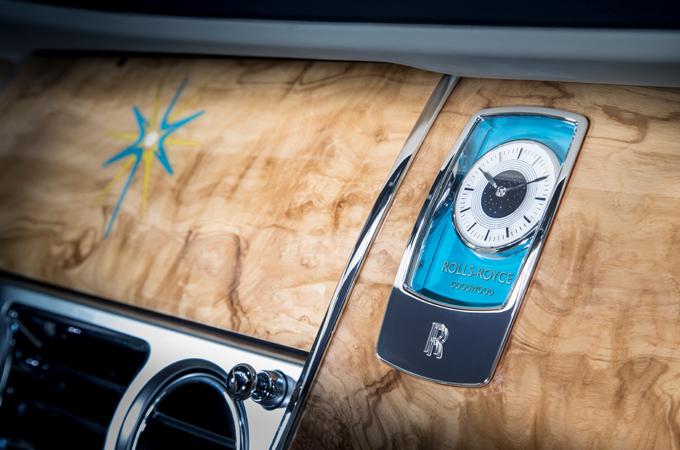 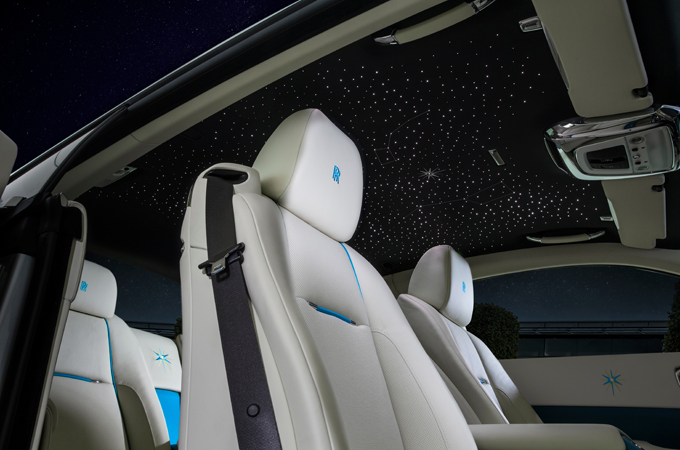