They were welcomed at the opening of Omega Her Time exhibition in Paris on September 29, and were joined by their mother at the event.

Cindy joined the Swiss luxury watchmaker in 1995, becoming the brand’s very first ambassador. She provided ideas for a new Constellation collection and helped relaunch the line that very same year.

Over the years, Cindy has shown passion and pride in her role for Omega. Most recently, she extended her commitment to social causes by joining Omega to visit the Orbis International Flying Eye Hospital in Peru, where she filmed the documentary called “The Hospital in the Sky”.

Not only did Kaia join her for that trip to Peru, but her son Presley was also proud to join her on the red carpet for the documentary’s New York premiere in 2015.

Kaia and Presley are proving themselves to be rising stars. Through modelling, the brother and sister have already taken steps in their fashion careers, with Presley also showing a flair for photography.

Raynald Aeschlimann, President and CEO of Omega, said: “We have always considered our OMEGA ambassadors to be family. So to now be working with Cindy’s children is very special. We have known Presley and Kaia for a long time and I’m always impressed by their abilities and personalities. It’s truly exciting to have their fresh creativity and young exuberance on our side. We can’t wait to get started.” 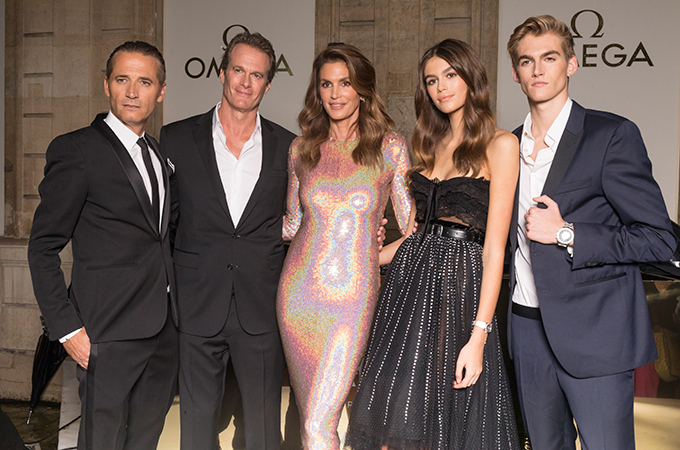 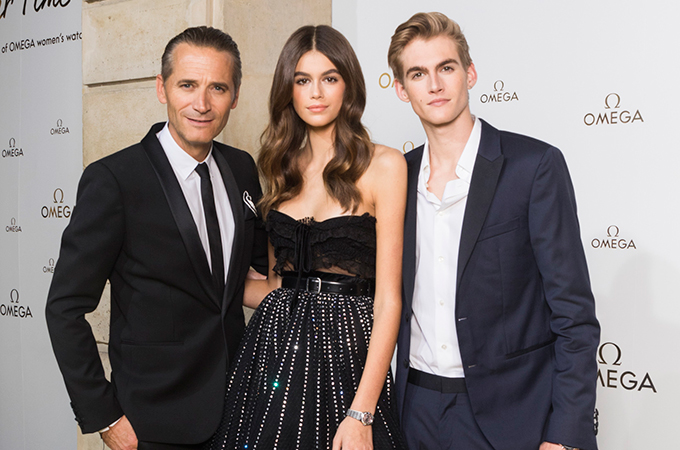