Six very special and limited edition Aston Martins, which literally hold a piece of the British luxury carmaker’s history, are due to roll out next year.

They are to be brought out by Aston Martin Works in Newport Pagnell, which is the historic home of the carmaker, to commemorate its diamond jubilee in 2015.

The first of the cars was revealed on December 12 at the Buckinghamshire-based firm’s customer Christmas celebration, which also forms the start of 12 months of exciting anniversary activity at Aston Martin Works.

The six cars, all versions of the current Vanquish super GT in either Coupe or Volante form, are being created in association with the luxury brand’s Gaydon-based design team, and its ultimate personalisation service: Q by Aston Martin.

Each of the six cars is subtly different, and each is tailored to reflect one of the six decades being celebrated. The result is a collection of rare and ultra-desirable sports cars that will be instantly recognisable as ‘Works 60th Anniversary’ models, it says.

A number of elements distinguish the cars including trim and paint colour treatments. But the most emotive part of each car comes in the form of bespoke rotaries around the major controls in the centre console of each car.

Each rotary has been cast from metal that, previously, had formed a piston in an Aston Martin engine of the relevant period. These rotaries are then carefully laser etched with Works’ Anniversary wording.

In each case, the relevant piston has been sourced from an engine that has been rebuilt or reworked at some point in its life.

Design direction for the Works Anniversary cars came from the Aston Martin Design team led by Chief Creative Officer Marek Reichman, while the bespoke elements have been delivered by the Q by Aston Martin personalisation team at the brand’s Gaydon factory.

Unique features in the cars include the rotaries made from worked metal of a heritage model piston from the relevant era; distinctive Anniversary Yellow accents on the side strakes and alloy wheels; White/black Duotone seat centre panels; unique sill plaques depicting the era the car relates to and featuring the Works Anniversary logo; distinctive colour and trim treatments that include features such as contrast yellow stitching in the leather, and new heavy weave carbon fibre.

The cars of course retain the standard technical features of the Vanquish super GT such as its 6.0-litre V12 petrol engine mated in a pioneering transaxle layout to the latest generation Touchtronic III eight-speed automatic gearbox. This provides the Vanquish with genuinely spirited performance: the 0-60 mph time is a mere 3.6 seconds and the maximum speed tops 200mph.

Prices for the six cars are available on application at Aston Martin Works.

Aston Martin Works in Newport Pagnell, Buckinghamshire is the historic home of the sports carmaker and the place where 15,000 cars were hand-built between 1955 and 2007, when production moved to Gaydon, Warwickshire. Now an approved global heritage service and restoration facility as well as a new car dealership, it is possible to view, purchase, service and restore cars from every era of the marque’s 101 years at Aston Martin Works. 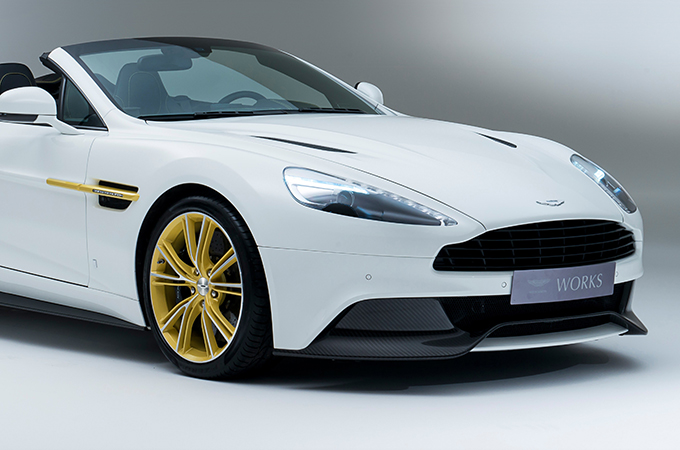 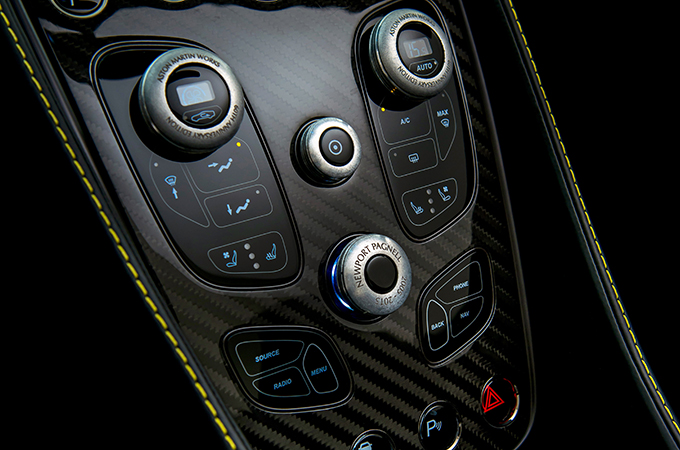 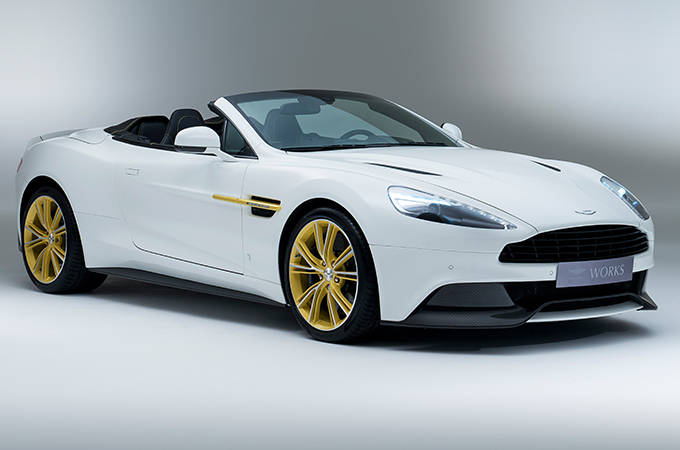 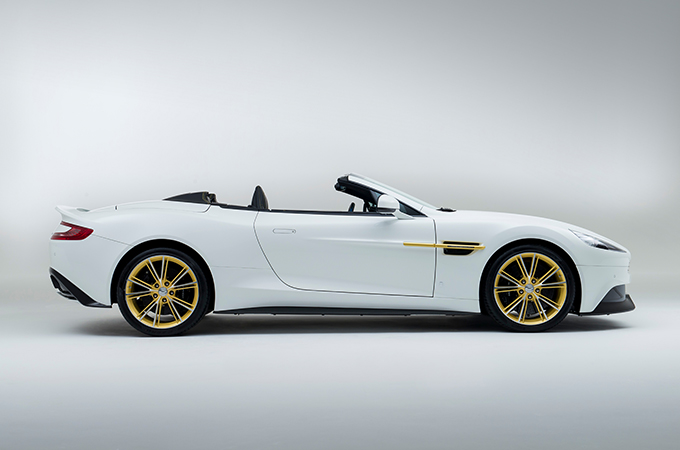 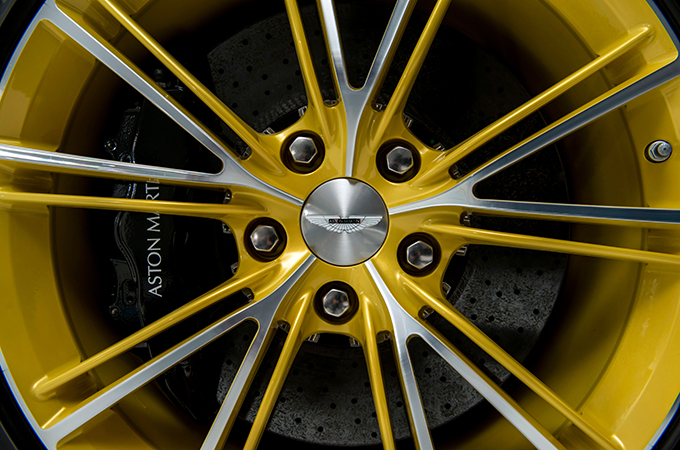 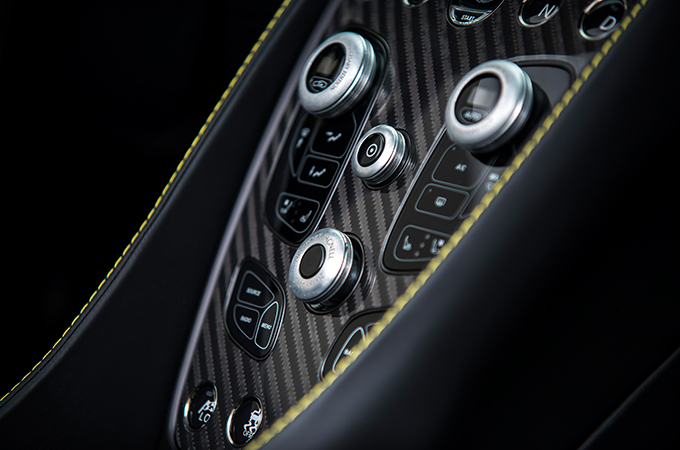 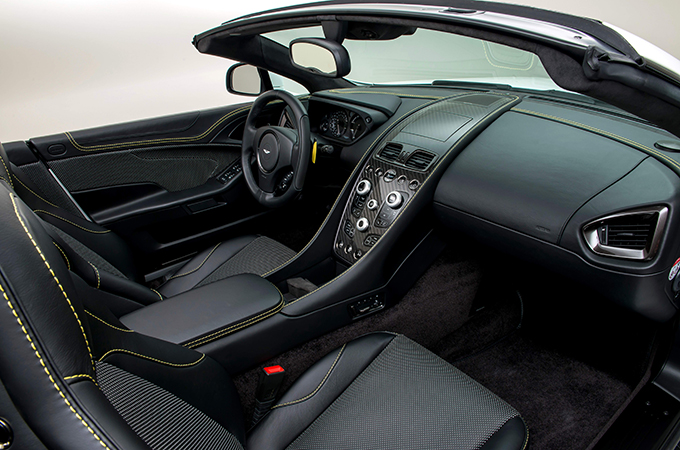 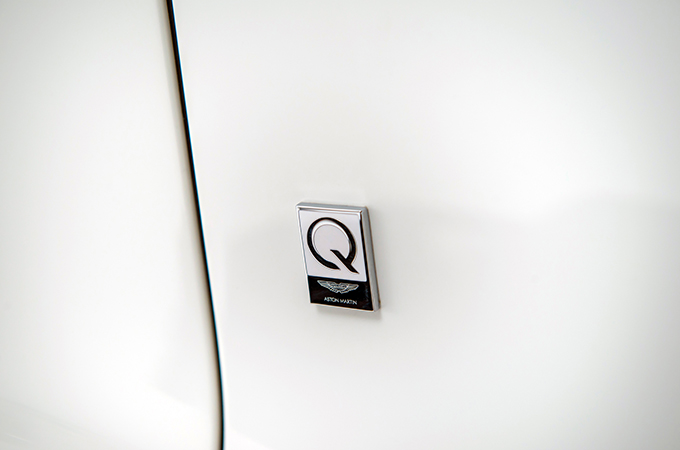