Motoring
Stunning Lancia is a star at concours

A rare and incredible Lancia Astura Aerodinamico Castagna took the top award at the 2017 Concours of Elegance, which was held at Hampton Court Palace in the UK.

As many as 12,500 motoring enthusiasts flocked to the event, which showcased more than 1,000 cars at the spectacular gardens of the palace from September 1 to 3.

The Best in Show was awarded to the Lancia Astura Aerodinamico Castagna, as voted for by the owners of the concours cars.

More than sixty of the world’s rarest cars vied for the honour and the Pullman Trophy. Among them was the first car ever to emerge from coachbuilder Frua, the Fiat 1100 Frua Spider and the Bugatti Type 57C Atalante Rollback.

The winning Lancia Astura Aerodinamico Castagna has a stunning aerodynamic body by the Italian coachbuilder Castagna, which was in fact originally crafted for an Alfa Romeo 8C 2300 Lungo and was shown at the 1934 Milan Motor Show.

In 1935, on instructions from Vittorio and Bruno Mussolini, sons of the Italian dictator, it was transferred to the shortened chassis of a V8-engined Lancia Astura Series 2.

The Mussolini brothers briefly raced the car under the banner of Scuderia Parioli,

The Royal Automobile Club also presented Prince Michael of Kent with the Spirit of Motoring Award this year for all he has done for the world of classic cars and motorsport, including his role as patron of Concours of Elegance.

Winner of the Spirit of the Tour – contested by cars on the pre-Concours Tour of Wessex – was Peter Briggs and the Bentley 3-Litre Le Mans, the first ever Bentley to race at Le Mans in 1923.

Outside of the main concours cars, nearly 1,000 other cars were parked for the weekend, including some of the finest examples from the UK’s most prestigious car clubs.

A panel of judges, including Prince Michael, chose a Rolls-Royce Silver Ghost Taj Mahal, originally owned by the Maharaja of Nabha. It features a larger fuel tank, a louvered bonnet and a special tropical electrical system, all specified for its first role in life as a demonstrator for the Bombay Rolls-Royce sales office.

The Silver Ghost will now compete in the main Concours display at Concours of Elegance 2018.

On Sunday, more than 60 Bentleys arrived in the gardens, ranging from the pre-war grand prix cars to some of Bentley’s very latest Continental models. A judging team of Bentley experts carefully assessed each model on display before deciding that the Bentley Trophy be awarded to a Bentley Mk6 James Young, recently the subject of a full restoration.

Bridge of Weir Leather Company’s ‘Cars of our Years’ Award had a shortlist of nominees from automotive industry famous faces, including Giles Taylor’s choice of the Ferrari Daytona and Aston Martin CEO Andy Palmer’s pick of a 1980 Aston Martin V8 Vantage. However, the public voted that the ‘Cars of our Years’ Award should go to the Jaguar E-Type, which was shortlisted by Sir Jackie Stewart.

The venue for the 2018 event will be announced in the coming week. 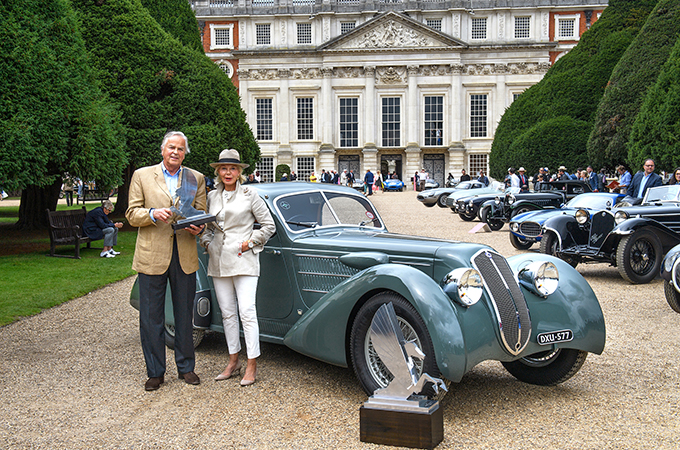 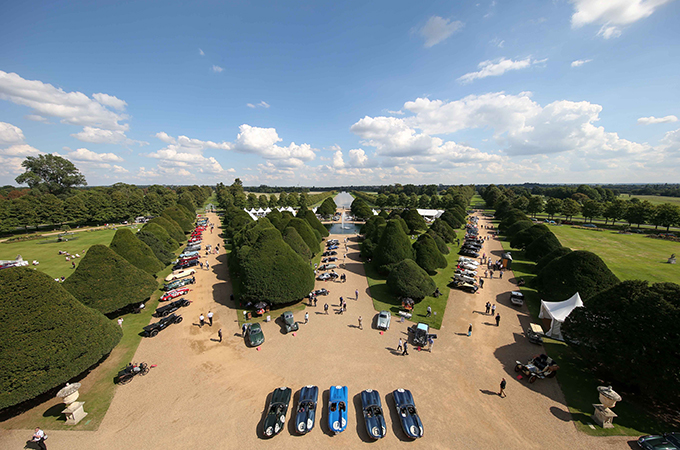 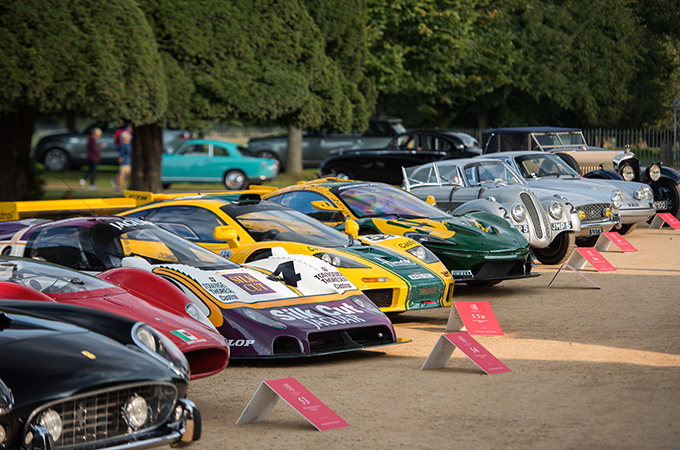 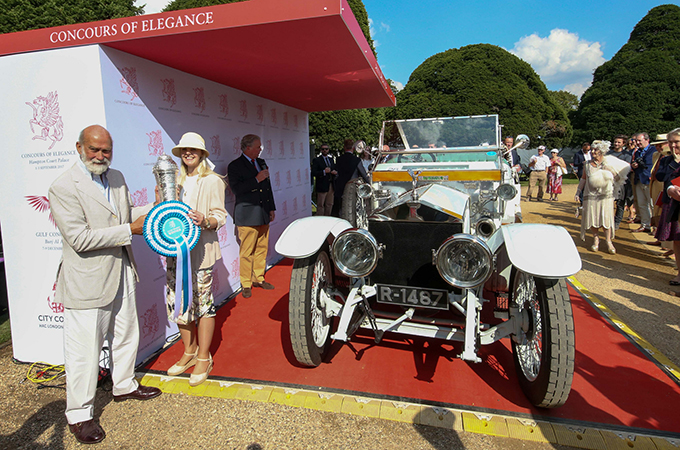 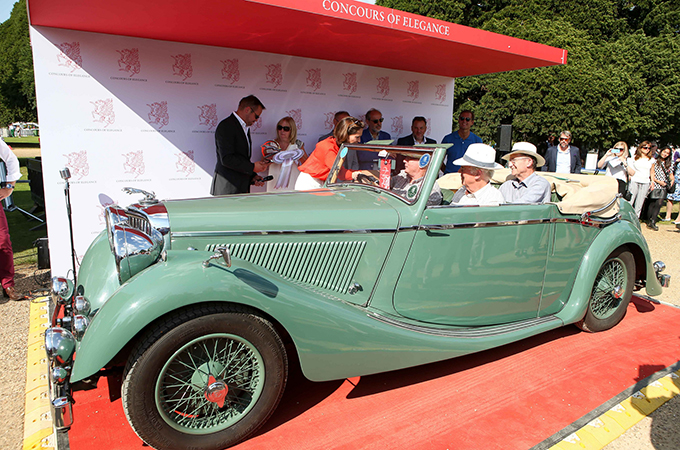 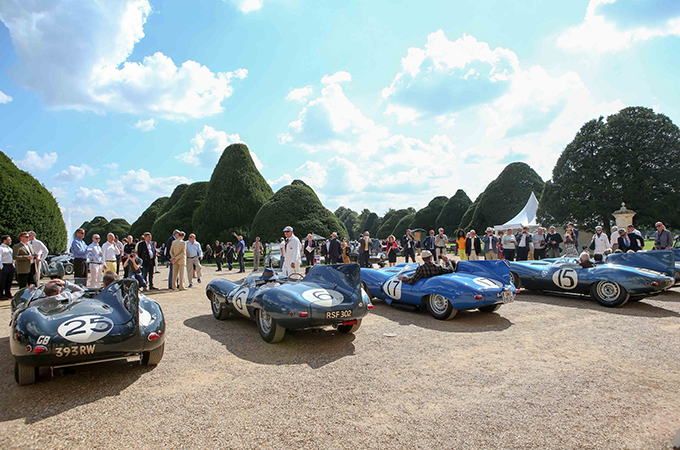