Ferrari has unveiled the Ferrari Portofino, its new entry-level convertible that will replace the California T.

The new V8-engined grand tourer set to dominate its segment thanks to a combination of sportiness, elegance and on-board comfort, the Italian luxury sports carmaker says.

The drop-top takes its name from the charming tourist port in Italy which over the years has become synonymous with elegance, sportiness and understated luxury.

The launch colour of the new car has also been dedicated to this marvellous town: Rosso Portofino.

Capable of unleashing a massive 600 cv and sprinting from 0 to 100 kmph in just 3.5 seconds, the Portofino is the most powerful convertible to combine the advantages of a retractable hard top, a roomy boot and generous cockpit space plus two rear seats suitable for short trips.

The car’s new chassis features a significant weight saving over the California T it replaces. All the chassis and body-in-white components have been redesigned with a consequent reduction in weight despite an increase in torsional rigidity.

The renowned Ferrari V8 turbo, part of the engine family that was nominated International Engine of the Year in both 2016 and 2017, now punches out 40 cv more than the California T’s engine thanks to new components and specific calibration of the engine management software.

The characteristic Ferrari V8 soundtrack has also been further enhanced and can be fully appreciated, particularly in top-down driving.

All aspects of the 8-cylinder’s efficiency have been honed with the adoption of new pistons and con-rods, and a new intake system design. The geometries throughout the exhaust system have also been revolutionised.

The new one-piece-cast exhaust header reduces losses, an important factor in ensuring Ferrari’s characteristic throttle response with zero turbo lag. These improvements, combined with the Variable Boost Management which adjusts torque delivery to suit the gear selected, enable the car to offer even higher levels of acceleration in all gears and lower fuel consumption compared to the outgoing model.

The vehicle’s dynamic characteristics have been revised and benefit from new technological solutions. For the first time on this type of Ferrari model, the third generation electronic rear differential (E-Diff3) has been adopted and integrated with the F1-Trac, improving both mechanical grip and the control of the car on the limit.

The car is also the first GT in the range to be fitted with EPS (electric power steering). This allowed the engineers to reduce the steering ratio by seven per cent for even more responsive steering without a trade-off in stability thanks to the integration with the E-Diff3. The magnetorheological damping system (SCM-E) has been uprated with dual-coil technology which helps reduce roll while simultaneously improving absorption of road surface unevenness. The result is an even more dynamic, responsive car that also delivers superior ride comfort.

Designed  by the Ferrari Design Centre, the Portofino is aggressively styled with a two-box fastback configuration that adds extra sleekness to its silhouette.

Close collaboration between the Aerodynamics department and Ferrari Design has ensured maximum efficiency in the development of the surface treatment. Starting with the front, the form of the large radiator grille opening, that stretches from edge to edge of the carefully contoured nose, is underscored by a new full-LED headlight assembly with a more horizontal shape.

The outside edge of the headlight hides an innovative air intake which vents into the front wheelarch and exits along the flank to reduce drag.

The tail design underlines the car’s sporty stance which has been further enhanced by placing the tail lights futher apart. This cleverly conceals the rear volume housing the all-new retractable hard top which features a more lightweight design and can be raised or lowered at low speeds.

There is also a focus on enhanced comfort with an infotainment system with 10.2-inch touchscreen display, a new air-conditioning system, new steering wheel, 18-way adjustable seats with a new backrest design that boosts legroom for rear seat passengers, and the passenger display.

Also, the new wind deflector which, when the top is dropped, cuts air flow inside the cabin by 30 per cent and also reduces aerodynamic noise.

The Ferrari Portofino will make its world debut at the Frankfurt International Motor Show in next month. 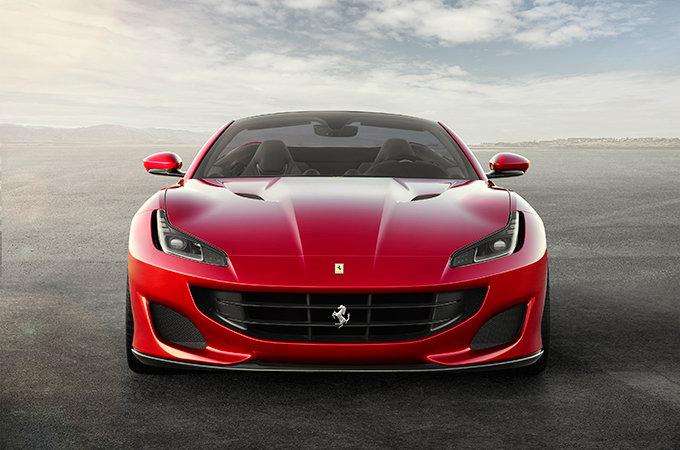 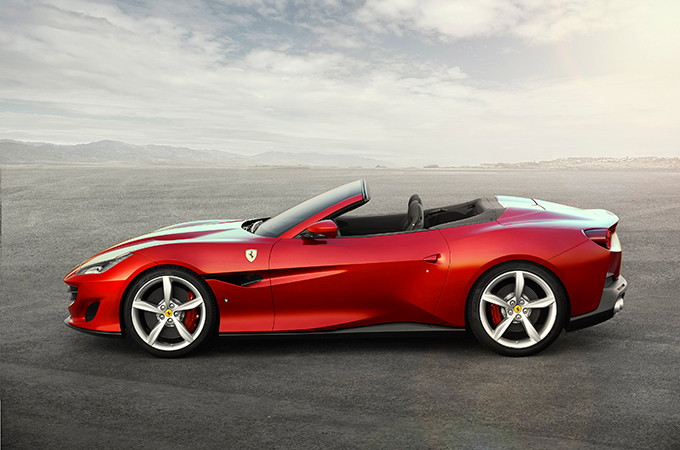 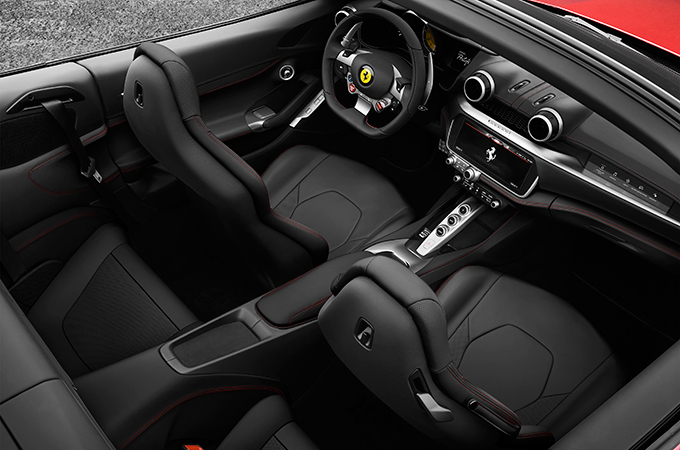 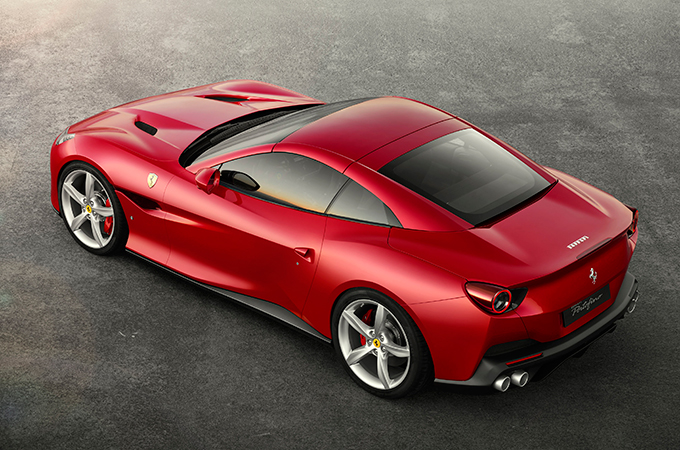