Salon Privé will see some of the finest classic cars flown in from collectors around the world, to compete on the lawns of Blenheim Palace in the UK on August 31.

This year’s entry list boasts of some of the most historically important and rare cars.

From two rare Italian racers from the fifties and sixties, to one of the oldest-surviving Rolls-Royce cars in existence, and even a Lamborghini that has undergone a 2,000-hour Polo Storico restoration, this year’s concours is set to be the best yet, the organisers say.

Two inherently different and rare Ferraris confirmed for this month’s Chubb Insurance Concours d’Elégance include the last-ever UK-delivered, right-hand-drive 1972 Ferrari 365 GTS/4 ‘Daytona’ Spyder. Often imitated, this is the real deal, being one of the 122 made by the factory. Having remained with its fourth and current owner for nearly 30 years, it will be showcased in the Riviera Cruising class.

Joining it is a 1958 Ferrari 250 GT LWB TdF Berlinetta. This particular 250 TdF was the first single louvre car with covered headlights. Regularly shown at some of the most important classic car events including Pebble Beach, the Cavallino Classic, Monterey Historic, as well as taking part in multiple Mille Miglia rallies and the Tour Auto. It will make its way to the prestigious Chubb Insurance Concours d’Elégance all the way from the US, forming part of the impressive entry list in the 50s and 60s Curvaceous Coupes class.

Guaranteed to shine during the concours is one of the rarest Bentleys of the late thirties. This exceptional 1939 Bentley 4¼ litre is one of four cars fitted with open-tourer-style coachwork by Vanden Plas, and is arguably one of the most famous Derby Bentleys left. Affectionately known as ‘Honeysuckle’ due to its striking gold paintwork, its current owner commissioned an extensive restoration before entering it into the Graceful Pre-War Motoring class.

Best of British-themed highlights include one of the most historically-important Rolls-Royce cars in existence – thought to be one of the earliest Rolls-Royce models left. This 1905 Rolls-Royce Light 20 is one of two surviving examples, being the third car of its type built, and the very first production vehicle made.

Raced in Ireland, the Isle of Man – coming second during the Tourist Trophy race – and winning various races in the US, this car has since taken part in the London to Brighton Veteran Car Run and will form part of the Luxury in Motion: Pre-War Rolls-Royce class.

Continuing the racing pedigree theme is one of the most famous Maseratis ever made. Nicknamed the ‘Birdcage’ due to its intricate birdcage-like chassis design, this 1959 Maserati Tipo 61 achieved four wins and one finish each for second, third and fourth place during 1960 and 1961.

Successfully raced for two years, it had an accident, and wasn’t touched until its restoration in Modena (the home of the Maserati factory) which started in 2007 – over 40 years since its accident.

In exceptional condition, it will be sure to wow visitors at this year’s event and forms part of the Classic Sports Racers against the Stopwatch class.

Finishing the highlights are two exceptionally restored classics, including a 1961 Jaguar E-Type 3.8. Famously described by Enzo Ferrari as the most beautiful car ever made, this specific car was the 15th off the production line and finished in special order Scottish Thistle Pearl White, specifically for the Scottish Motor Show in 1961.

Recently undergoing a 4,000-hour restoration, it is entered in to the Best of British at Blenheim Palace class.

Joining it is a 1967 Lamborghini Miura P400, which recently underwent a 14-month, 2,000-hour restoration to bring it up to its current exemplary condition by Lamborghini’s in-house Polo Storico team. This striking white P400 will certainly turn heads on the lawns of Blenheim Palace and is entered in the Evolution of the Supercar Pin-Up class.

With Blenheim Palace playing host to this exceptional list of collector cars from around the world, they will all be judged by renowned authorities in the automotive sector led by chief judge, five-time Le Mans winner Derek Bell.

“Each September, collectors, connoisseurs and enthusiasts come together on the beautiful grounds of Blenheim Palace to indulge in their shared passion of all things automotive,” said Andrew Bagley Salon Privé Managing Director & Concours Chairman. “As the day draws closer, we’re looking forward to the culmination of yet another year’s work. We’ve enticed some of the most elusive and exciting cars out of hiding, and I can’t wait to welcome them and our visitors to the lawns of Blenheim for what’s set to be our best event yet.”

Now in its 12th year, Salon Privé is the UK’s most prestigious luxury classic and supercar show and concours d’elégance. It returns to the grounds of Blenheim Palace for the third year running in 2017 from August 31 to September 2.

The three-day event incorporates the Chubb Insurance Concours d’Elégance, Boodles Ladies’ Day and the all-new for 2017 Concours Masters, focusing on a ‘Tribute to 70 Years of Ferrari’, as well as the EFG Art and Memorabilia Fair and The Salon Privé Sale hosted by Silverstone Auctions. 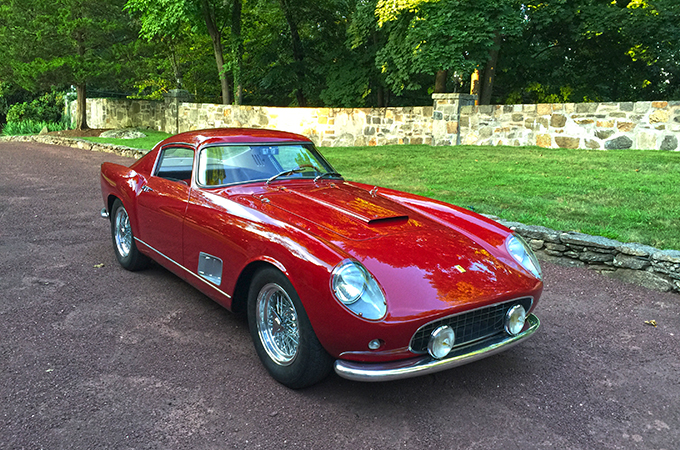 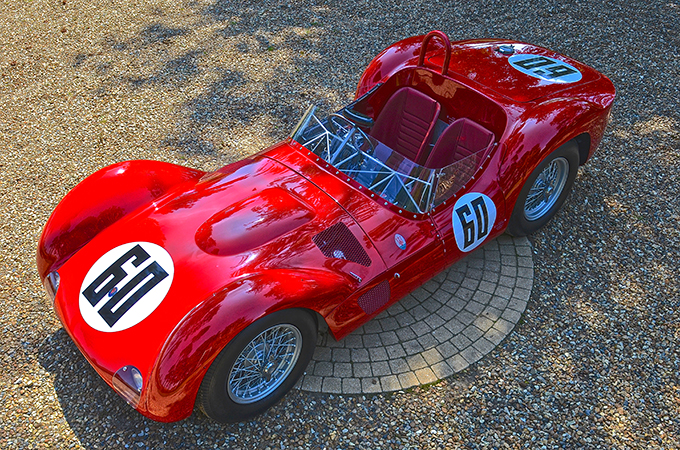