British carmaker Aston Martin and Italian design house Zagato have once again teamed up to extend the Aston Martin Vanquish Zagato family into a quartet.

The ‘family’ of four Vanquish Zagato models will yield a total of 325 cars.

Of the two remaining models, the Vanquish Zagato Speedster is the rarest, with a production run of just 28 cars, all of which have been sold with deliveries scheduled for 2018.

Completing the quartet, the Vanquish Zagato Shooting Brake will also enter production in 2018, with a total build run of 99 cars matching those of the Coupe and Volante.

With all four cars based upon the Vanquish S, each Zagato enjoys the combination of 600PS naturally-aspirated V12 mated to the smooth, slick-shifting Touchtronic III transmission. Together with adaptive damping – fine-tuned for each model - the family promises exceptional driving pleasure that is every bit as stimulating and memorable as their design.

The Speedster and Shooting Brake represent the two extremes of the Vanquish Zagato family. The former is a roofless design that expresses the raw excitement of an open-top ultra-high performance sports car. The boldest aspect of the Speedster’s design is the speed humps that rise up to form streamlined cowls that flow back from the seats, representing Zagato’s signature ‘double-bubble’ roof. All the body panels are made from carbon fibre like the other cars in the family, while shared details, such as the Aston Martin Vulcan-inspired ‘Blade’ tail lights and repeated 3D Zagato ‘Z’ motifs in the front grille and rear vent meshes, create an unbroken stylistic thread that connects these otherwise individual creations.

The Shooting Brake is still a strict two-seater, but one conceived as an individual and exceptionally practical GT. The extended roof on the concept sketch bears the iconic Zagato ‘double-bubble’ surfacing complete with glass inlays to let light flood into the cockpit. The sculptural roof culminates in a powered tailgate that opens onto a luxuriously trimmed rear cabin area, complete with a tailored luggage set. With dramatic herringbone carbon fibre facia with anodised bronze rotary controls, extensive ‘Z’ motif quilting and the option of a fully aniline leather upholstery, the Shooting Brake is a fitting complement to the Coupe, Volante and Speedster.

Aston Martin Chief Creative Officer Marek Reichman, said: “We haven’t released Zagato models as a family before, at least not in this way, but the idea is not without precedent. Think back to the DB7 Zagato and DB AR1, or the V8 Zagato Coupe and Volante, for example. We’ve simply taken things a few steps further. Why create a family of Zagatos? Well, many of our customers want different things. Some prefer the purity of a Coupe, but others love the idea of something more extreme, like the Speedster. And yes, some of them have ordered one example of each. There’s always an over-demand from our clients and patrons. We could easily fulfill demand for more cars than this, but we want Zagato to remain something very special. We’re creating collectibles, future concours cars. With only 325 cars worldwide, divided between 99 Coupes, 99 Volantes, 28 Speedsters and 99 Shooting Brakes - they are still the rarest of the rare.”

Andrea Zagato, CEO of Zagato said: “Zagato’s relationship with Aston Martin began with my grandfather and the DB4 GT Zagato, almost sixty years ago. To have a creative ‘marriage’ thrive for three generations is something as unique as the cars themselves. My family name is associated with all kinds of wonderful designs, but for many enthusiasts and collectors around the world those that combine the Z of Zagato with the wings of Aston Martin are the most special. Collaborating closely on the design of four complementary, yet completely different Vanquish Zagatos has been an incredibly exciting challenge. I’m proud to continue the story my grandfather started and thrilled that our partnership with Aston Martin continues to realise such exciting cars.” 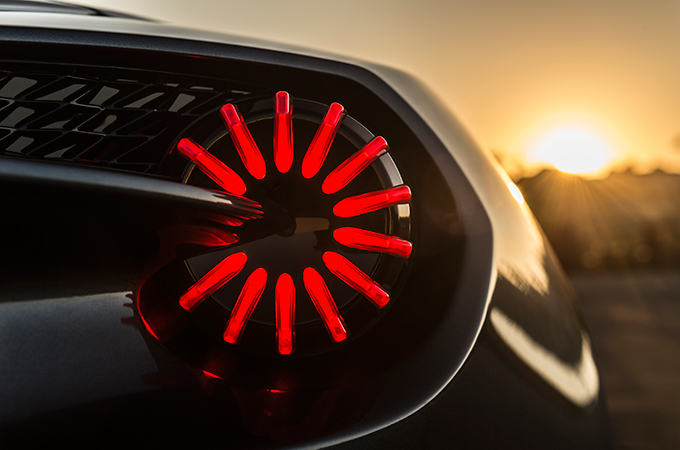 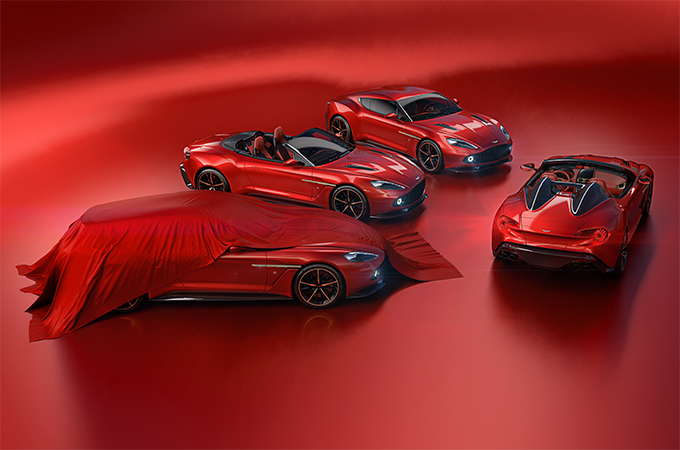 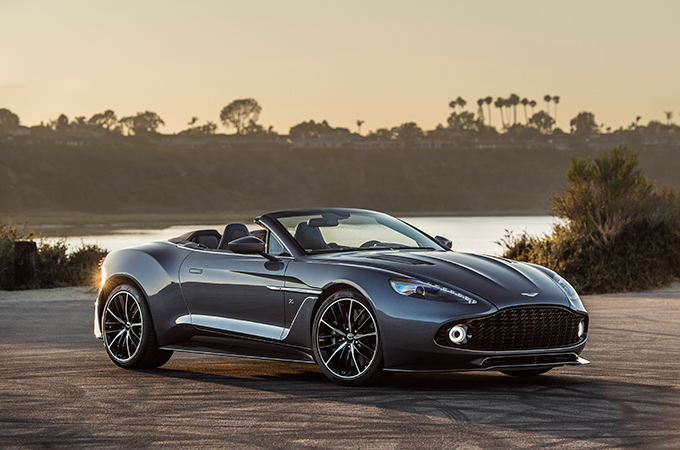 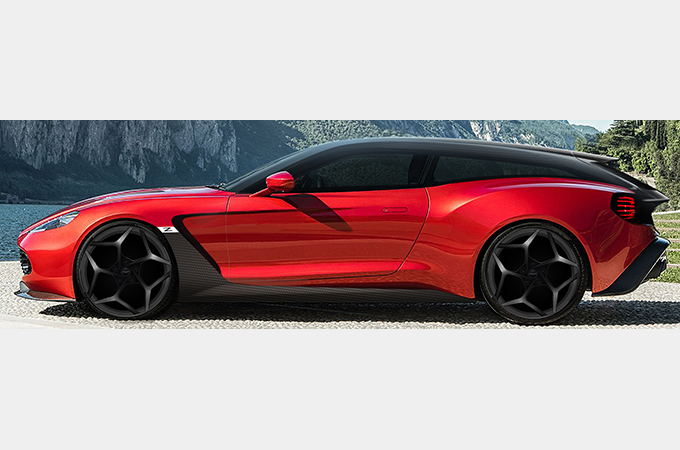 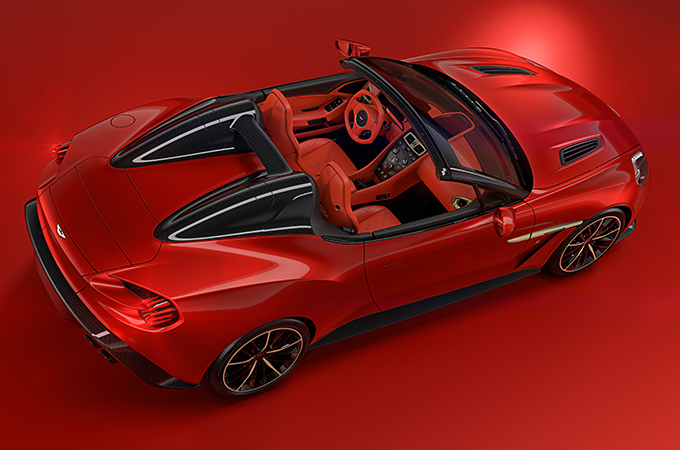 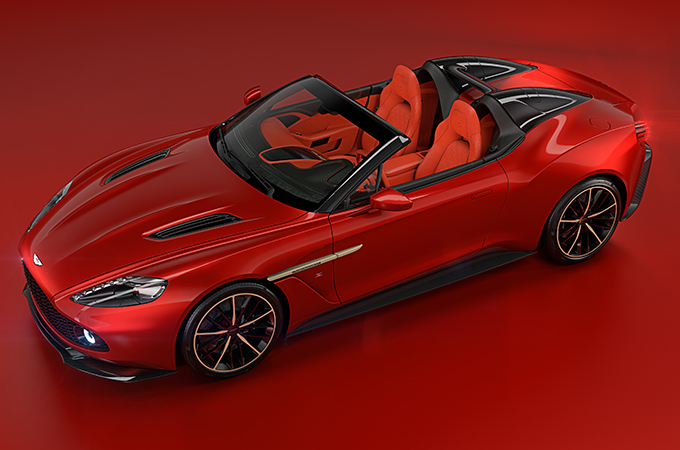 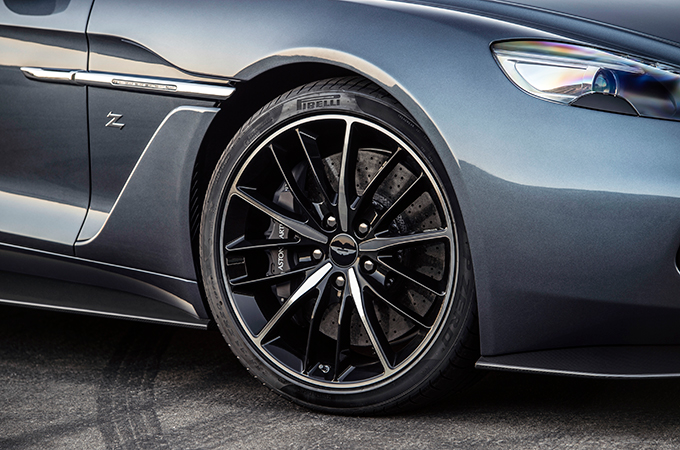