The world-class Edelweiss piano is enclosed inside a transparent perspex shell, which can be illuminated by neon LED lights.

The futuristic Coral Piano was inspired by the London designer’s travels in India and her love of sci-fi movies.

It also has the self-play system that allows tracks to be played wirelessly from a concealed iPod and hidden speakers. A bank of precision electronic solenoids, built into the piano, accurately plays the selected music as originally recorded.

“It’s a piece of furniture that starts the party!” says Davies. “I wanted to create the ultimate interactive experience, a sculpture that at the flick of a switch turns into a radiant and dramatic centrepiece, drawing you in both by sight and sound.

“I took my love of films such as Tron and Blade Runner and their technological aesthetic – and the colours from my travels: tropical sunsets, flamingos and coral shells – and used crisp, dazzling acrylic to transform this hand-crafted artisan instrument into a vibrant work of art.”

She continues: “I wanted to respect the heritage of the piano and its traditional mechanisms, the wooden hammers and leavers, and the classic black and white keys. However, I wanted to take it into the future and the transparency presented an exciting challenge,” adds Davies. “The piano needed to be beautiful, whilst also hiding the digital wizardry that allows the Edelweiss self-play system to operate behind the scenes.”

Davies decided to collaborate with Edelweiss, which has been handcrafting self-playing, custom pianos from its Cambridge studio for more than 40 years.

She says: “Edelweiss was the only company I could find that could build this piano, and help me realise my dream. I wanted something magnificent but musically precise; and their craftsmen were able to configure the exact design, colour and materials I was looking for.”

Ross Norman from Edelweiss says: “We relished the challenge to work with Dio, and to create something completely different. In this case, taking a piece of statement furniture into the fourth dimension, giving it colour, light and sound.” 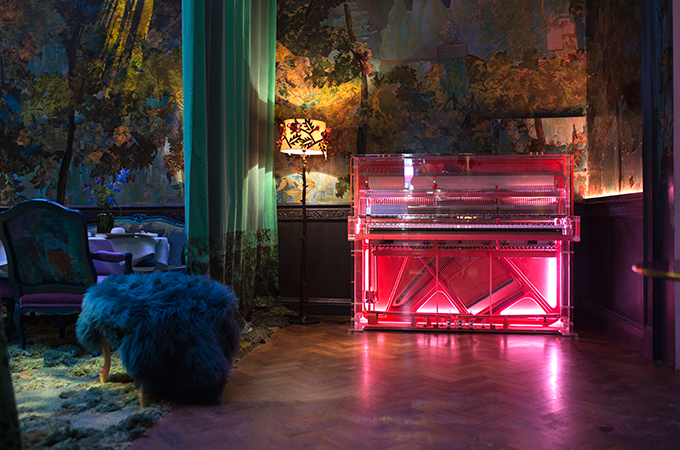 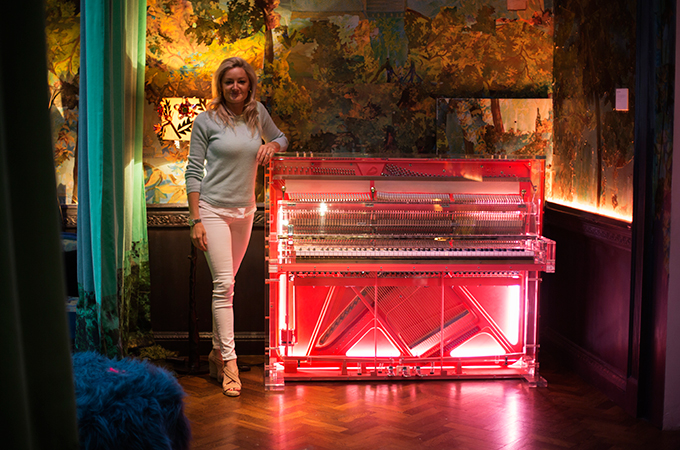 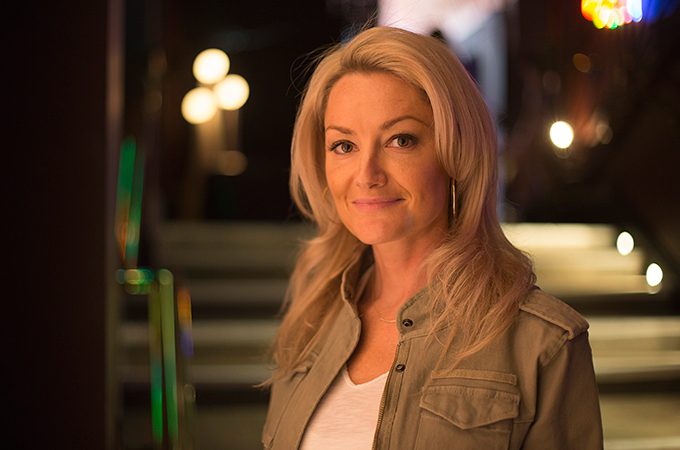 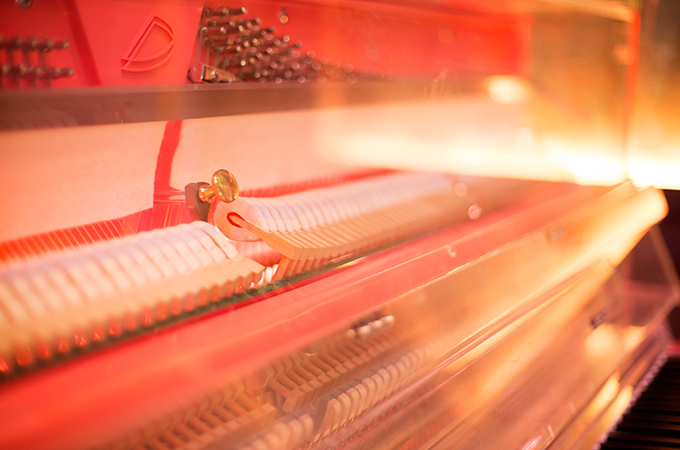 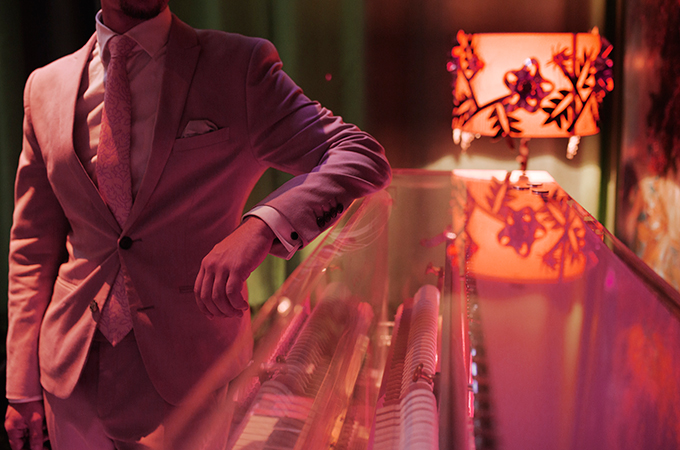 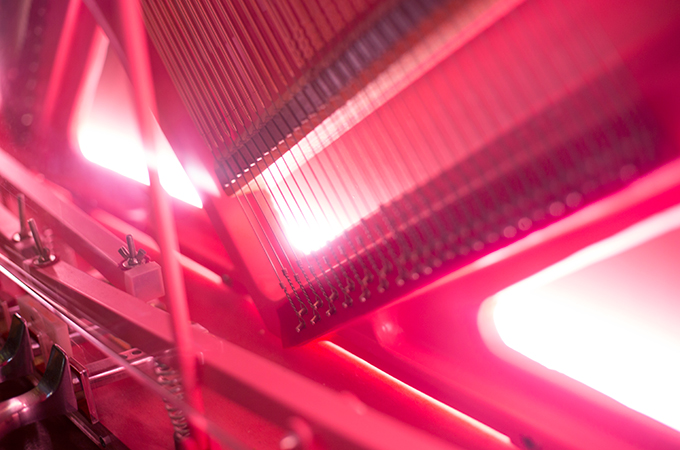 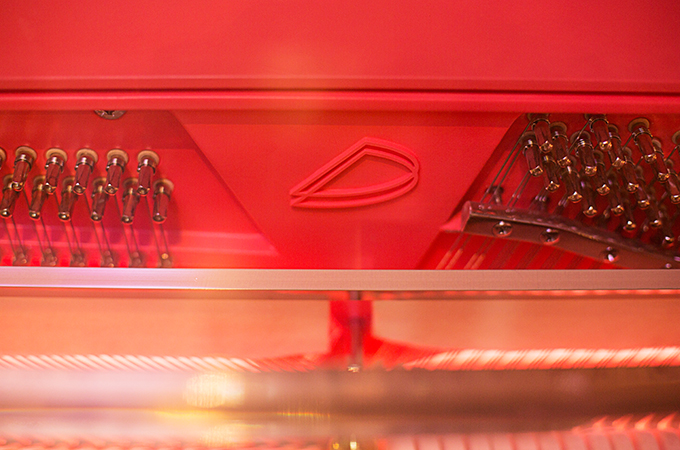 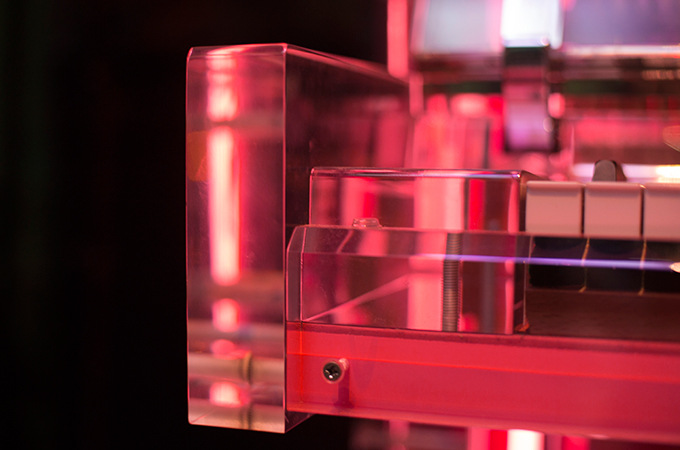 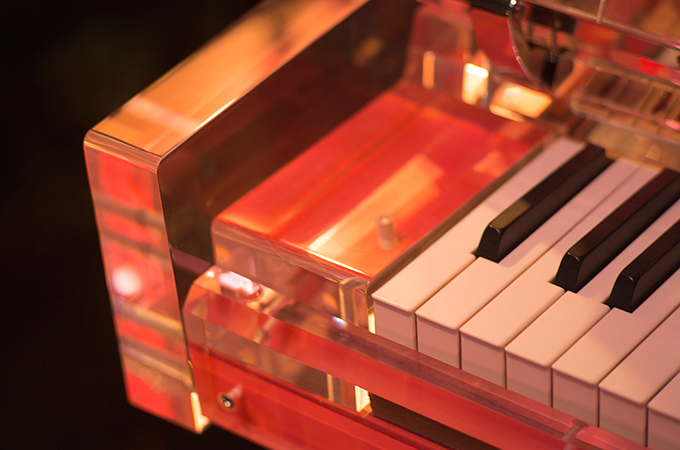 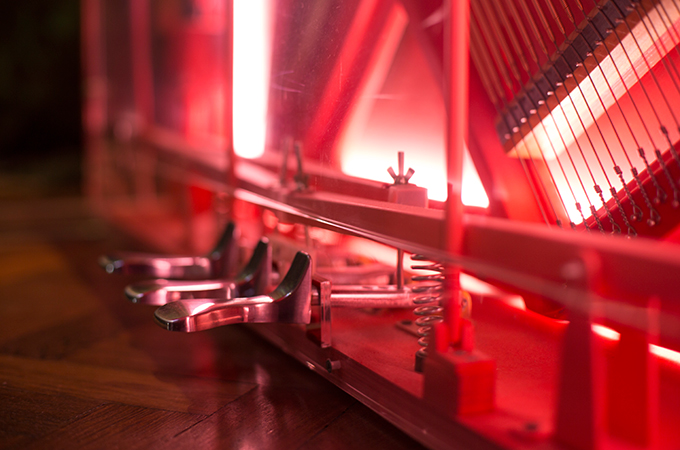