The growth will be driven by a firm Chinese rebound as well as increasing customer confidence in Europe, Bain & Company revealed in a report.

As the gap between winners and losers continues to widen, brands must rethink their strategies and adapt to a millennial state of mind, which will be a key driver to push the market to €290 billion in sales by 2020, it said.

“This year looks promising so far,” said Claudia D’Arpizio, a Bain partner and lead author of the study. “After a difficult 2016, the first quarter of 2017 brought some relief to the luxury industry. Factors such as the continuous repatriation of Chinese consumption as well as a positive outlook in Europe both for locals and tourists will help drive overall market growth during the remainder of the year.”

In the Americas, the US luxury market continues to underperform, it said. A strong dollar, ongoing political uncertainty and struggling department stores combine to create an uneven outlook for 2017. Latin America is supported by some local consumption, while Canada remains dynamic but still poised to slow.

Europe is in the midst of recovering from decreased tourist flows in 2016 and is regaining confidence among local consumers. Spain, perceived as a safe destination, and the UK, where the pound is substantially weaker than this time last year, stand out as bright spots. Bain forecasts growth of 7-9 percent for the region.

Mainland China is also rebounding, as local consumers demonstrate a strong preference for purchasing luxury goods at home, which is expected to drive growth of 6-8 per cent. However, Chinese tourists will still account for a sizable portion of luxury purchases abroad.

Sluggish and mature, Japan remains a safe market for luxury brands. Local consumption supports a market where tourism has decreased, leading to flat growth for the year.

Across the rest of Asia, the environment remains difficult. Bain believes the market in that region is set to shrink by -2 to -4 per cent. Hong Kong, Macau and Singapore are on the mend, but Taiwan and Southeast Asia face decreased tourism, particularly from China and South Korea, which has been impacted by domestic political turmoil.

The rest of the world is expected to be flat or see only slight growth of 2 per cent, with the Middle East remaining stagnant outside of Dubai, the report said.

“For luxury goods companies in the Middle East, the challenge is two-fold. On one hand, the market is difficult with several segments declining for the first time in 10 years. On the other hand, they need to adapt to the rise of the Millennials and make sure they cater to the needs of their next generation of consumers," said Cyrille Fabre, partner and leader of Bain’s Retail and Consumer Products practices in the Middle East.

Bain’s research identifies five key topics that will drive the market for personal luxury goods going forward: the US market landscape, Chinese increased purchases at home and abroad, ever-growing influence of digital, a widening gap between winners and losers, and the new wave of millennial consumers. 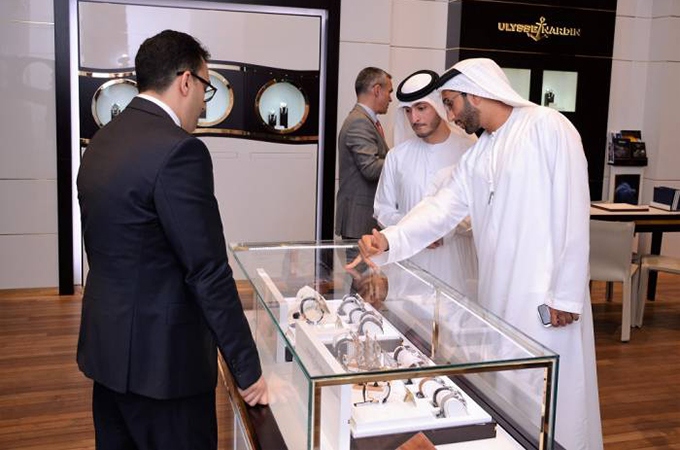