Katara Hospitality was named as the World’s Leading Hospitality Company for the second year running at the 2014 World Travel Awards.

The award for the leading global hotel developer, owner and operator based in Qatar was presented at the Grand Final ceremony in Anguilla last evening, which was attended by more than 300 leaders from the travel, tourism and hospitality sectors.

Founded in 1993, the World Travel Awards recognise and reward excellence in the travel, tourism and hospitality sector worldwide.

Now in their 21st year, the awards are acknowledged as the hallmark of quality, honouring winners who set the benchmark to which other industry players aspire.

Commenting on the organisation’s latest accomplishment, Sheikh Nawaf bin Jassim bin Jabour Al Thani, Chairman of Katara Hospitality, said: “This accolade underlines the investment and development milestones we have achieved on our journey to becoming one of the top hospitality organisations in the world. Identifying attractive investment opportunities, increasing revenue streams and presenting exceptional service to our guests has propelled Katara Hospitality into the global spotlight.”

“We are proud to once again win this award at such an important international platform and be recognised as an organisation that is pushing the boundaries of industry excellence,” added Hamad Abdulla Al-Mulla, CEO and Board Member of Katara Hospitality. “We look forward to investing in and developing many more of the world’s most spectacular hospitality gems as we progress further on our path of global expansion.”

Following this, the organisation has also been recognised at a regional scale for its efforts in developing the hospitality industry in Qatar. Katara Hospitality was recently named the Hospitality Company of the Year at the fifth Arabian Business Qatar Awards and the ‘2014 Hospitality Achiever’ at the Inaugural Qatar Enterprise Agility Awards.

Katara Hospitality recently reopened the Sheraton Doha Resort and Convention Hotel, following an extensive renovation. Bringing Doha’s most iconic hotel to its former glory, the refurbishment perfectly reflects the synergy between the striking 1970s architecture of one of Qatar’s most recognised landmarks with all the functionality expected of a leading 21st century luxury hotel.

Earlier this month, the Excelsior Hotel Gallia in Milan, one of Katara Hospitality's five-star properties in Italy and a Luxury Collection hotel, welcomed its first guests during its soft reopening.

Following the completion of the renovation by renowned Milanese architect Marco Piva, this project will officially reopen in February 2015, following four years of redevelopment work.

With 30 hotels already in operation or under development, Katara Hospitality has topped its goal of 30 properties by 2016 two years ahead of schedule. 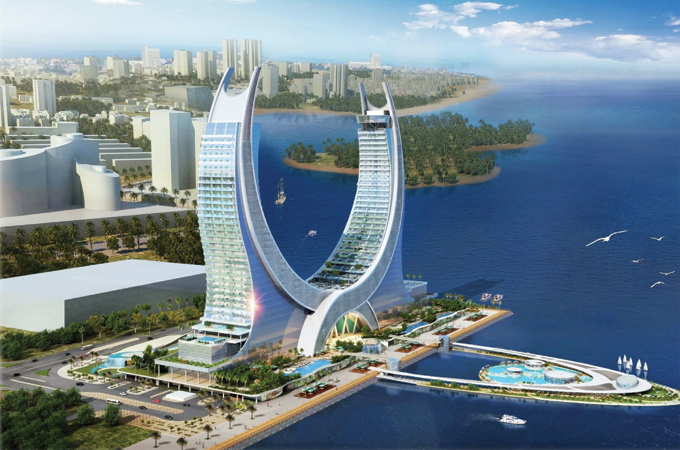