New York City’s real estate market is on the upswing and has recovered from the effects from the 2008 global recession, according to the latest reports from Douglas Elliman, one of the largest real estate companies in the US.

In its May 2014 Manhattan And Brooklyn Rentals report, the firm noted that since the beginning of the year, Manhattan rental prices have begun to rise again, reaching their highest level in five years.

“Much of the weakness that began to appear in late 2013 has disappeared. The use of concessions by landlords has fallen by half since January and the vacancy rate has fallen near multi-year lows. These conditions, in addition to tight mortgage lending and rising employment are expected to keep rents elevated through the coming months.

“For the past 12 months, Brooklyn rental prices have been higher than the prior year. The biggest gains are being seen in smaller apartments such as studios and one-bedrooms, although overall rental prices have been levelling off in 2014, taking a breath from the large gains of the past few years. We don’t anticipate much relief to tenants over the coming months as the economy improves and lending conditions remain tight,” it said.

Also, in its 2004-2013 Manhattan Decade report – which was prepared for the firm by Miller Samuel Inc – Douglas Elliman said that in 2013 Manhattan co-op and condo market had the second highest sales total in 25 years, second only to 2007.

“After four years of stable sales, the release of several years’ pent-up demand and rising mortgage rates pulled many consumers into the market,” the report said.

“With the addition of more sales, inventory fell to a 14-year low. Tight credit conditions continued to keep rising prices in check as the economy strengthened. We are encouraged with the improving conditions and look forward to an active market in 2014,” it said.

“The monthly absorption rate – the number of months to sell all inventory at the current rate of sales – fell to 3.9 months, the fastest recorded metric in this research. Despite heavy sales volume, all housing price indicators saw modest gains from prior year levels.

“After sales activity peaked at 13,430 in 2007, the number of sales fell 44.7 per cent over the next two years. The end of the six-year housing boom was signified by the collapse of Lehman Brothers in 2008 and the onset of the global economic crunch. Despite the lack of access to credit, sales activity quickly rebounded exceeding the 10,000 threshold in 2010. During this period, there was a large amount of pent-up demand built as attempts by the Federal government to revive the economy as well as the lack of a cohesive economic strategy and political gridlock caused many consumers to ‘pause’.

“Prior to expiration of the federal government’s ‘fiscal cliff’ at the end of 2012, sales volume expanded and accelerated the following spring when mortgage rates spiked almost overnight. This prompted consumers on the fence to enter the market before mortgage rates rose further.”

“In 2013, sales surged 21.2 per cent to 12,735 from the prior year level,” the report pointed out. “The number of sales for 2013 was the second highest total in the 25 years this metric has been tracked. Listing inventory fell 12.3 per cent to 4,164 from the prior year level, a 14-year low. Despite new record sales, and a 14-year low for inventory, housing prices rose modestly with the average sales price increasing 1.9 per cent to $1.44 million and the average price per square foot rising 4.6 per cent to $1,136 over the same period.

And in its 2004-2013 Manhattan Townhouse Report, Douglas Elliman said that in the apartment market, Manhattan townhouse sales jumped and prices edged higher over the past year. “Inventory continued to fall, resulting in the fastest paced market in 17 years. There were noticeable gains in market share of three- to five-unit family sales, as more consumers looked to convert them to single family homes. We anticipate additional improvements in the townhouse market over 2014,” the report said.

Meanwhile, two well-appointed apartments in a prime area of New York City are on the market for international buyers looking to invest in this strong market.

The two apartments are located within The Beekman on 575 Park Avenue in Manhattan, says Rocio Docal, who is the exclusive broker for this property and works for Douglas Elliman, One is a three-bedroom Corner apartment with a fireplace, covering an area of 1,812 sq ft and overlooking a lovely tree-lined street with beautiful facades, on offer for $3 million.

The other is an apartment next door with two bedrooms and a fireplace also overlooking Park Avenue. Covering an area of 1,430 sq ft, it is on offer for $2 million.

Each apartment comes with a storage unit.

As they are located next to each other on the same floor, the two apartments can also be combined and converted into a five-bedroom home with all the rooms facing Park Avenue along with the two fireplaces to cover a total area of 3,242 sq ft, for a total price of $5 million.

The Beekman is a prime property offering a doorman round the clock, concierge service, a maid service five days a week and all utilities included in maintenance, says Docal, whose strong market knowledge helps identify the best opportunities for both primary residences and investment properties.

“This is a rare opportunity to combine two apartments in one of the best locations in New York City,” she says. “This white-glove residence offers elegance and tranquillity. It is of great value for investment purposes or just to live in. It is located on Park Avenue and 63rd Street, one block from Madison Avenue, where you will find the greatest shopping of the world as well as fine restaurants, and two blocks from New York’s famed Central Park.”

Docal has ample experience in New York, having sold apartments from the most prestigious addresses in Manhattan. She believes that these apartments, which are available for purchase by corporates, trusts and foreign buyers looking for a second home, are “indeed a unique investment opportunity”.

Established in 1911, Douglas Elliman has grown to become the largest regional and the US’s fourth largest real estate company, with a current network of more than 4,100 agents in over 70 offices throughout Manhattan, Brooklyn, Queens, Long Island (including the Hamptons and North Fork), Westchester and Putnam Counties, as well as South Florida and California. In addition, through a partnership with Knight Frank Residential, Douglas Elliman’s network extends to 43 countries across six continents. 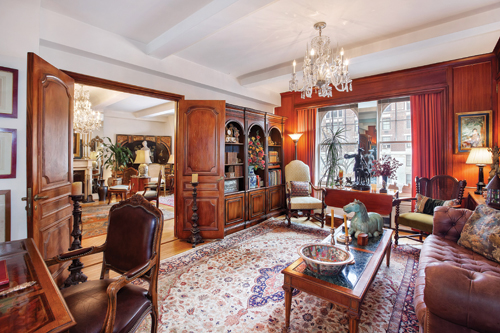 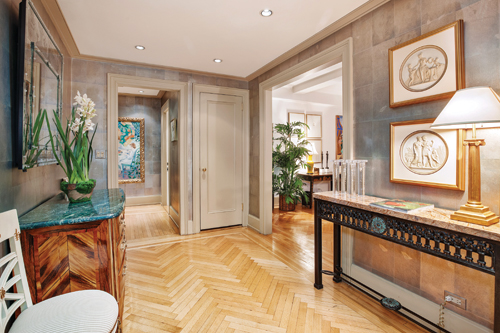 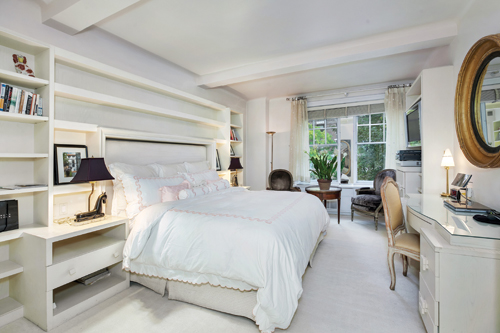 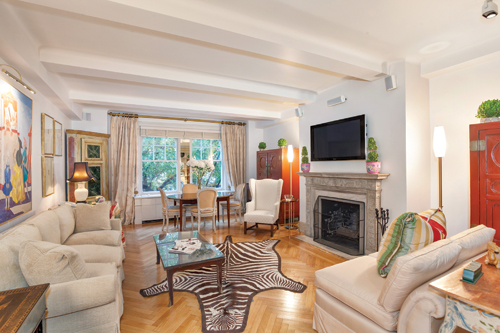