Amouage’s Journey perfume for men and women signals a new initiative in creative director Christopher Chong’s own journey, a movement he says that takes him from an improvisation phase to a more direct era, one that could see him brutally honest with himself. That new stage in his life, Chong says, will have its impact on the fragrances he will create and give perfume lovers and, indeed, Amouage fans a hopefully new and delightful experience.

“I’ve been drawing from aspects of my life and life’s inspirations, places I’d been to and things I had encountered. I translated those experiences into stories and narratives, and last year I ended that cycle,” he chimes emphatically like the closing bell.  “Now it’s the beginning of a new cycle when I’m not going to translate those fragments of my life any more. I’m going to tell them as they are. I’m going to be very direct with my customers. It will be a journey of metamorphosis. I’m going to tell you how I’m going to develop as a creator.” So all ye determined femmes and men on the move, beware. Chong is upon you!

Journey did not happen overnight. “The concept was there but I wasn’t ready for it. The brand was not ready for it. It had been developing over several years already. I was thinking about this concept as I was entering my second cycle,” says Chong.

Chong was introduced to the heady Sichuan pepper a few years ago when he was looking for another perfume, but it was not the right ingredient. This time it fitted well with the inspiration and the concept – the new journey.

The creative director, born in Hong Kong, brought up in New York and now living in London, has abundant memories from his time in the modelling industry which potentially can yield inspiration influenced by the elegance and beauty of fashion creations and the wonder they trigger. But Chong also has a trough of memories from his childhood when his parents went to work leaving him ample time to watch Chinese and Hollywood films. “Cinema was my baby-sitter,” he says of that period in this life. Unbeknownst to him at the time, it would be a reservoir from which he could draw elements for his creativity, even the making of perfumes.

Journey draws from his passion for Chinese cinema, particularly Film Noir, that cinema lovers even today remember and relish the delights they obtained from watching black and white movies that in decades past were about crime and melodrama.

Chong’s interests being quite wide and including music and literature, he also displays a passion for Shanghai Deco, particularly of the period spanning the 1930s and 1940s when East and West met and which coincided with a very important period in Chinese history, the 1949 Revolution included.

Shanghai Deco, which had a distinct architectural appeal and also influenced interior décor, is still appreciated not just by the Chinese nostalgic for a glorious past in Shanghai’s cultural life but also Westerners who saw a degree of sophistication in the art presented which is not surprising as Shanghai in the early decades of the 20th century was a magnet for trade and commerce and all things beautiful.

Talking about his passion for cinema and Shanghai Deco, he says quite simply: “I’m trying to bring that into my current creations.”

Journey pays homage to his heritage. “We want everyone to love it,” he says. Early indications from Western sniffers show it has been warmly embraced. In Dubai, where the Middle East launch took place recently, the reception was equally enthusiastic.

Among the two Journey offerings, the one for man is “much more dramatic”, Chong believes. After all, it opens with the spicy Sichuan pepper blended with bergamot, cardamom, neroli and bigarade as the top note. At the heart are juniper berries, incense, pure gerniol and tobacco leaves with masculine notes provided by tonka beans, cypriol, leather and ambrox, making up the base. It is woody and spicy as a family.

“While Journey for Man takes an intrepid leap into the unknown, Journey for Woman is a quiet, observing traveller that first lays out a path,” Chong explains.  A star ingredient for Woman is the rare and expensive Chinese osmanthus flower, which gives the fragrance a compelling yet soft flavour. With osmanthus in the top note are the time-honoured ingredients of apricot, jasmine tea, nutmeg and cardamom which contribute their individual properties to bolster the fragrance. At the heart are jasmine sambac, mimosa, honey and cedarwood while pipe tobacco, saffron, vanilla, cypriol and musk build the base. It classifies in the floral, fruity and leather family.

The amalgamations and blends featured in these inaugural perfumes of Chong’s “new cycle” have given him a good start for the “period of honesty” he has embarked upon. “Our lives play out in fragments. I am making sense of mine by drawing elements from my experiences and morphing them with other art forms to define, articulate and transcribe my world within the composition of these fragrances,” he muses.

What has Chong learned from his eight years as creative director at Amouage? “As the title says, we create. That’s only one aspect of the job, he says. “Another major aspect is meeting customers. Interaction is really important.” Even if that means the tiresome process of jetting across all the continents where Amouage has a presence.

Is Chong surprised over how people assess his perfumes? “I do not have any expectations. When I meet people and they smell my perfume, I want them to engage in a dialogue with me. I want to hear what they feel about my perfumes. I tend not to say much.” Chong is wary of dropping impressions into his listeners’ subconscious during conversations as this might not bring out an honest outcome from his interlocutors. “It is important for them to relate with the perfume with their own experiences,” he avers.

Is Chong always optimistic he will come out with a winner? “I do my best,” says the perfume maestro. “One cannot be 100 per cent (confident). I try my best to do something that fits my creative integrity. When it goes to market it’s out of my control. All I can honestly say is I’ve done my best and if other people love it or hate it it’s up to them. I’ve known for the last eight to nine years you cannot make everyone happy.

If perfume sniffers do not see the subtlety of his formulations and critique his work rather unjustly, and he happens to know about it, he just does not read it. “In the beginning I used to read. It’s upsetting when people don’t understand,” he says.

The Amouage brand was born in Oman where it is still based. Chong expressed fascination for the sultanate’s cultivation and celebration of individuality. “What’s astonishing is that it has retained its own identity. They’re not trying to copy what other countries in the Middle East are doing,” says Chong, giving as an example the  recourse to building skyscrapers that is the hallmark of  the Gulf architectural scene. Oman has “attitude”, which he adds is reflective of Amouage’s own distinct identity. “We are who we are. We don’t need to follow. They follow us.” 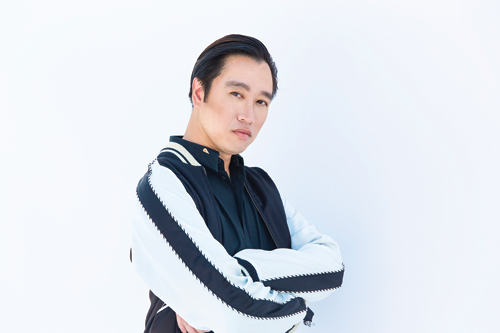 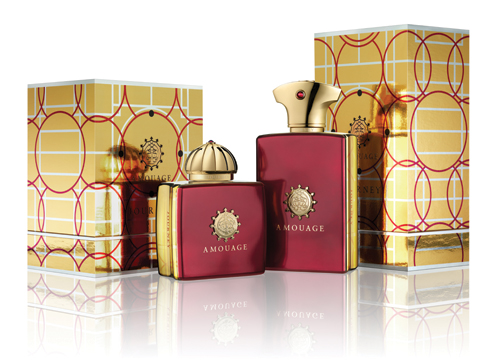