Katara Hospitality will continue to expand in 2017 on the back of an excellent 2016, in which it opened new hotels at home and abroad in its drive to become a world force in hospitality.

The leading hotel owner, developer and operator in Qatar, Katara Hospitality said 2017 will see it continue to invest in the highest quality hotels in Qatar while growing a collection of iconic hotels in key markets across the globe.

Overseas, the company opened the Hotel Royal Savoy Lausanne in Switzerland, while in Qatar two new hotels, Simaisma and The Avenue were opened and the Sealine Beach renovated and rebranded.

Katara also opened Hotel Park, a new public family-friendly park in and launched Katara Specialties, a contemporary food and beverage initiative within all of Katara Hospitality’s local and international hotels.

It also partnered with Marriott International to support the evolution of hospitality education in Qatar.

“Our vision is to change the world of hospitality through investment and innovation to leave an outstanding legacy for future generations, in line with Qatar National Vision 2030,” said Katara Hospitality’s Chairman, Sheikh Nawaf Bin Jassim Bin Jabor Al Thani. “Our achievements in 2016 demonstrate our commitment to reach that goal. We have strengthened our position as a key player of Qatar’s domestic hospitality industry; and our continuing expansion overseas is establishing Katara Hospitality as an internationally recognised leader in the global luxury hospitality sector. Our ongoing renovation plans and investment programme also leave us well placed for further growth in 2017 and beyond,” he added.

Hamad Abdulla Al-Mulla, Chief Executive Officer of Katara Hospitality, said: “We remain committed to the further development and expansion of our portfolio, and 2016 was an important stage in that process.  We now turn our attention to 2017 as we expect to complete a range of initiatives that will take us closer to our target of 60 properties by 2026.”

Demonstrating its commitment to social responsibility and sustainability, Katara Hospitality introduced the Hotel Park in May, a new family-friendly public park in the heart of Doha’s bustling business district covering 80,000 sq m of park space with over 34,500 sq m of green space. It provides residents and visitors with a relaxing escape and includes play areas, spectacular water features, a fitness zone and video wall among other amenities. Hotel Park also offers four levels of underground public parking, over 2,500 car spaces in total, with access to Doha International Exhibition Center through an underground tunnel link.

In October, Qatar’s first leisure destination Sealine Beach, a Murwab Resort, welcomed its guests and families to its exquisite facilities, following the anticipated renovation that culminated in the unveiling of a completely remodelled leisure destination for local and international tourists. The project entailed a full refurbishment of all 77 of the resort’s existing guest units, villas, and chalets as well as the development of an additional 18 family-style villas, which are located along the remaining stretch of the resort’s beach and expected to be completed early this year. A significant renovation is also ongoing at The Ritz-Carlton, Doha to ensure the property continues to offer guests quintessential Arabian five-star hospitality. The three-phased renovation, which includes all guest rooms and suites, F&B outlets and the spa, is expected to be completed by mid-2017.

In February, Katara Hospitality marked the successful partnership between world renowned Chef Nobu Matsuhisa and Le Royal Monceau – Raffles Paris, at an illustrious event held at Matsuhisa Paris; a Japanese fine dining restaurant and the newest addition at Le Royal Monceau. The presence there of such a restaurant, whose chef shares the same values of excellence and perfection as Katara Hospitality, personifies its broader commitment to luxury service and superior product offering.

In August, The Peninsula Paris was granted the highly prestigious ‘Palace’ distinction by Atout France, the French Tourism Development Agency. The historic hotel, which sits in the heart of Paris, just steps from the Arc de Triomphe, became the eighth hotel in Paris to receive the accolade and the second Katara Hospitality-owned hotel after Le Royal Monceau – Raffles Paris was honoured with the status in 2010. Hotels with the ‘Palace’ distinction exhibit extraordinary service standards and design aesthetic, exceeding the five-star ranking.

In September, Katara Hospitality unveiled the legendary Hotel Royal Savoy Lausanne, in a grand opening ceremony following an ambitious renovation that restored the hotel to its historic charm. The iconic hotel is the second hotel to open under The Bürgenstock Selection in Switzerland, a collection of luxurious hotels which fall under Murwab Hotel Group, Katara Hospitality’s standalone operating arm.

Dating from 1909, this legendary hotel has added to the luster of Lausanne’s fame as a refuge for royalty and aristocrats from around the world. The hotel is located in the heart of the city of Lausanne and overlooks Lac Lèman. The reopening of the hotel revives the property’s more than one hundred-year-old history. Spread over 5,000 sq m, the hotel is a city oasis and opens a new chapter in the history of the hotel.

In line with its strategy to preserve the heritage of unique hotels around the world, in October 2016 Katara Hospitality announced the restoration of the acclaimed Raffles Singapore. The refurbishment of the hotel, which was originally opened in 1887, will start in February 2017, and will be conducted over three phases to be completed by 2018.

& Lifestyle Awards in October. Rounding out 2016, Katara Hospitality was named the “World’s Leading Hospitality Company” for the fourth consecutive year at the annual World Travel Awards ceremony in December.

Entering 2017 with a high-quality portfolio of luxury assets, Katara Hospitality said it intends to expand this “through a considered and highly strategic programme of development and investment in the highest quality hotels in Qatar while growing a collection of iconic hotels in key markets across the globe”. Excellent progress is being made in the renovation of existing hotels and the creation of new ones and Katara Hospitality says it looks forward to announcing the “achievement of further milestones throughout the year”. 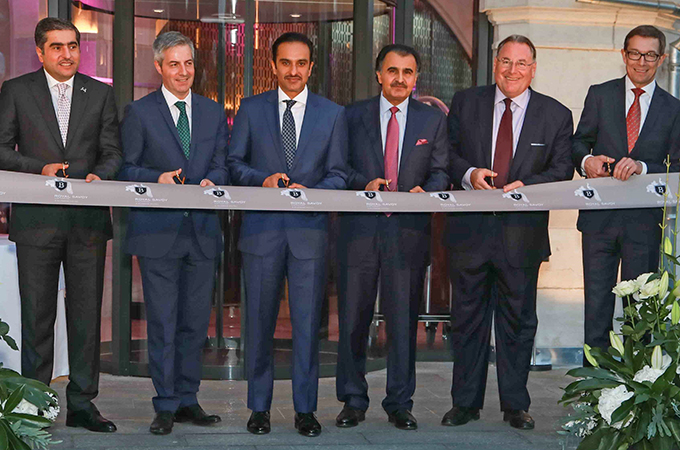 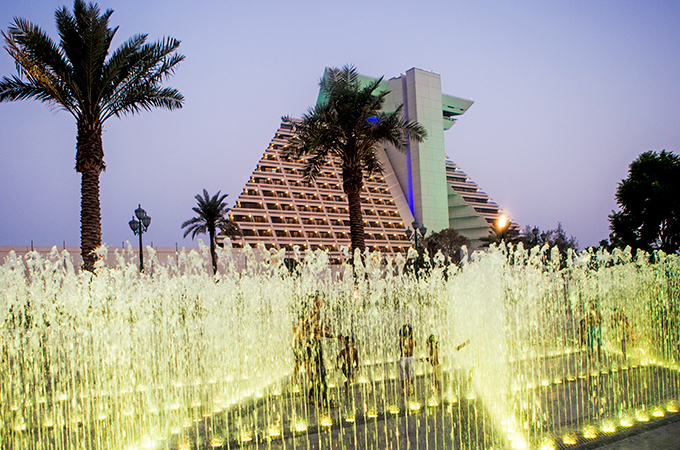 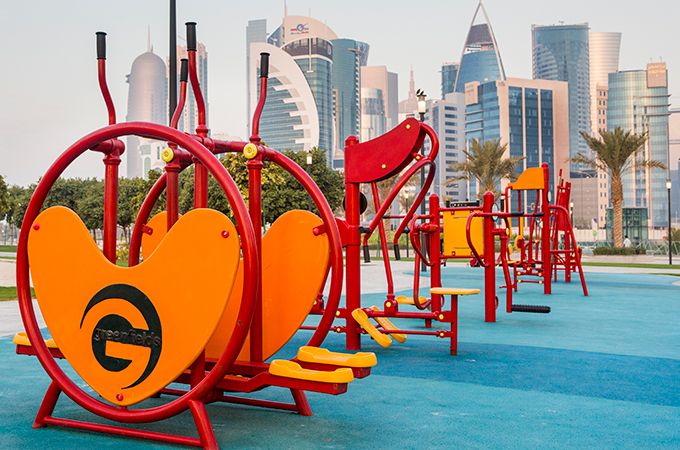 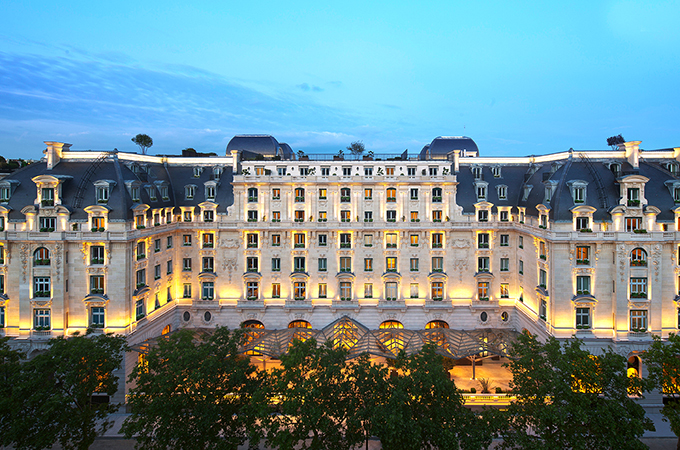 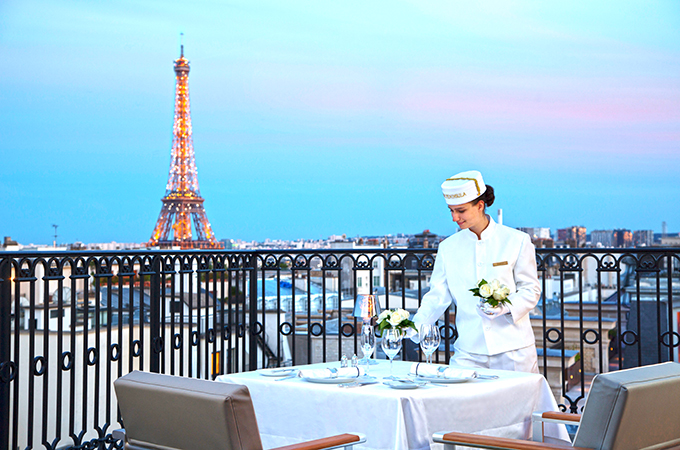 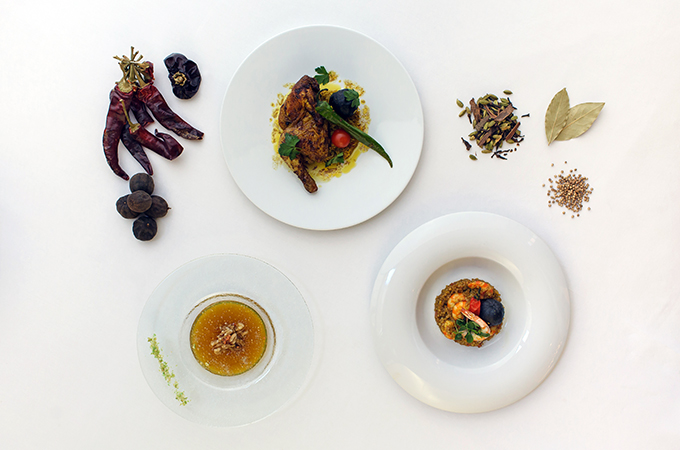 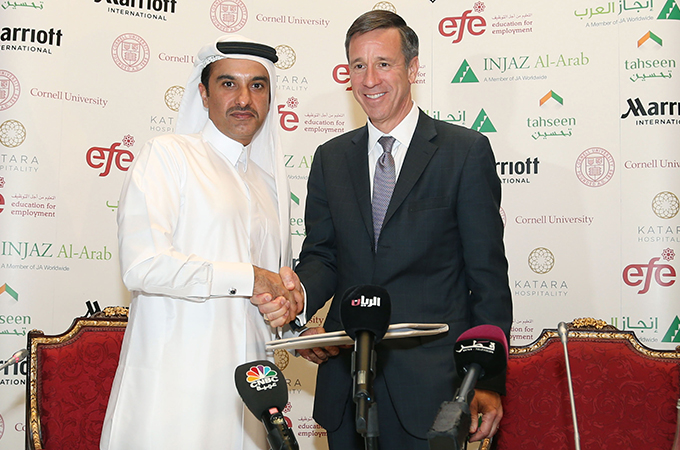