As many as 1,300 Islamic banking leaders and experts from across the world will gather for three days in Bahrain next month to discuss the industry’s future in international markets.

The 21st Annual World Islamic Banking Conference (WIBC 2014), which runs from December 1 to 3 at the Gulf Hotel, will be held under the theme ‘Islamic Finance: Towards the New Paradigm Shift in Global Financial Markets’.

Held under the patronage of Bahrain’s Prime Minister His Royal Highness Prince Khalifa bin Salman Al Khalifa, the event is also supported by the Central Bank of Bahrain.

It will open on December 1 with a pre-conference seminar hosted by the International Islamic Financial Market (IIFM).

The main conference, which begins December 2, will be inaugurated by Central Bank Governor Rasheed Mohammed Al Maraj and followed by keynote addresses from Baroness Sayeeda Warsi, House of Lords, who has been a driving force in the progress made by Islamic finance in the UK; Nurlan Kussainov, Deputy Governor, National Bank of Kazakhstan; and Jaseem Ahmed, Secretary-General, Islamic Financial Services Board (IFSB).

Another highlight will be an interactive dialogue with IILM’s Chief Executive Officer Professor Datuk Rifaat Ahmed Abdel Karim, who will share his perspectives on Islamic finance.

WIBC 2014 will also include a debate featuring CEOs and decision-makers in the industry, led by Ashar Nazim, Partner, Head of Global Islamic Banking Centre, EY.

Commenting on the Bahrain Economic Development Board’s (EDB) participation in the event, Kamal bin Ahmed, Minister of Transportation and Acting Chief Executive of the EDB, said that Islamic finance is set to play a much more prominent role in the wider economies of both the traditional OIC (Organization of Islamic Co-operation) markets as well as new countries who are exploring the potential of Islamic finance, from Hong Kong to the UK.

WIBC 2014 will be a truly international gathering, convening delegations from Luxembourg, the UK, and Azerbaijan, with the UK ‘Country Interface’ being inaugurated by Iain Lindsay OBE, British Ambassador to Bahrain.

Speaking ahead of the event, WIBC Chief Executive David McLean said that the WIBC will tackle key areas in the Islamic finance sector, including regulatory, strategic, Shari’ah, operational and risk transformation “to ensure that the industry is able to build critical mass, and further expand its geographic reach and depth”.

The pre-conference seminar will be inaugurated by Dr Halim Alamsyah, Deputy Governor, Bank Indonesia, and will place a range of complex themes in a practical framework, enabling a deeper understanding of the critical issues facing the Islamic finance industry.

Among other highlights, the World Islamic Banking Competitiveness Report, led by EY’s Global Islamic Banking Center, will be launched at the conference, which will also feature an awards ceremony, honouring excellence, innovation and pioneering initiatives in the global Islamic banking and finance industry.

Now in its 21st year, the 2014 WIBC will host more than 1,300 attendees from over 50 countries who will be joined by over 90 high-profile speakers and 65 market-leading partners and sponsors. 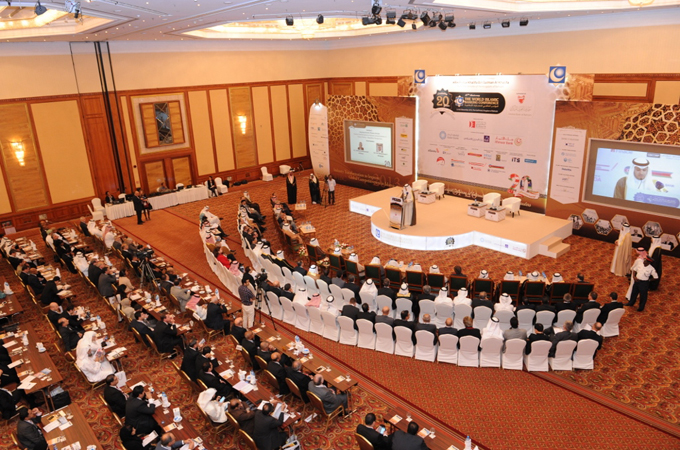