Shanshan Feng has won the 2016 Omega Dubai Ladies Masters for the third year in a row, and the fourth time in her career.

Beating her nearest rivals with precision and poise, the Omega brand ambassador further established her reputation in the Dubai tournament, which is one of the most popular on the Ladies European Tour.

The tournament, held last week, was played on one of the city’s renowned course – The Majlis – and was held under the patronage of HRH Princess Haya bint Al Hussein, wife of HH Sheikh Mohammed Bin Rashid Al Maktoum, Vice-President and Prime Minister of the UAE and Ruler of Dubai.

Feng played excellently throughout the competition, especially during the final round where she shot 64, and ended with a final score of ten under-par, a winning margin of two shots.

Continuing her position as reigning champion, her win caps off a fantastic year in which she also won the Buick Championship in May and a bronze medal at the Rio 2016 Olympic Games.

Along with her prize money and trophy, Feng was awarded with an Omega Seamaster Aqua Terra Master Co-Axial 34 mm. The timepiece features an 18-karat Sedna gold case with a glittering diamond-paved bezel, as well as revolutionary technology on the inside.

Charley Hull, another of Omega’s brand ambassadors, also played excellently throughout the three days of competition and ended second with a score of eight under-par. This was a big moment for the talented young player, who recently won the CME Group Tour Championship in Florida.

Omega has been the title sponsor of the Dubai Ladies Masters since 2009. For eight years running, the brand has witnessed a wonderful display of female golf. Hosted by the Emirates Golf Club, it is always a highlight to see play at The Majlis – which was named among the world's top 100 golf courses in a survey conducted by influential US-based magazine Golf Digest. 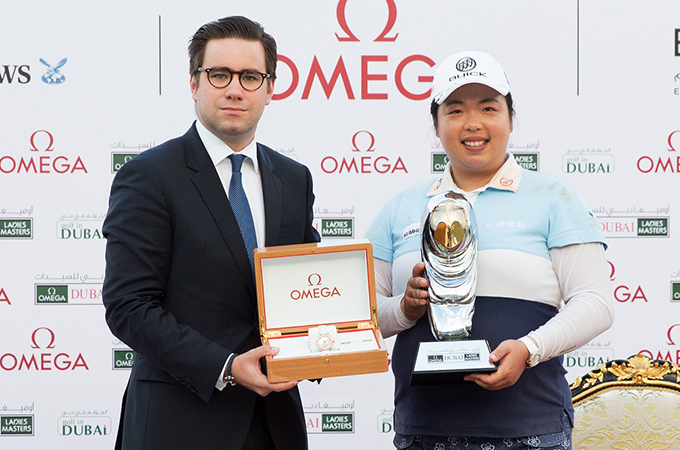 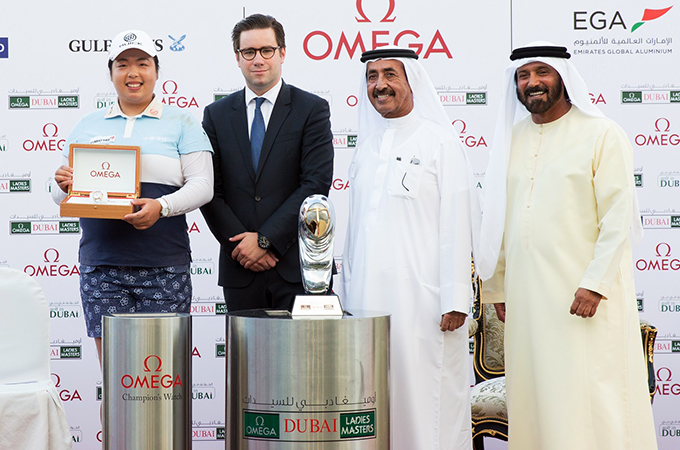 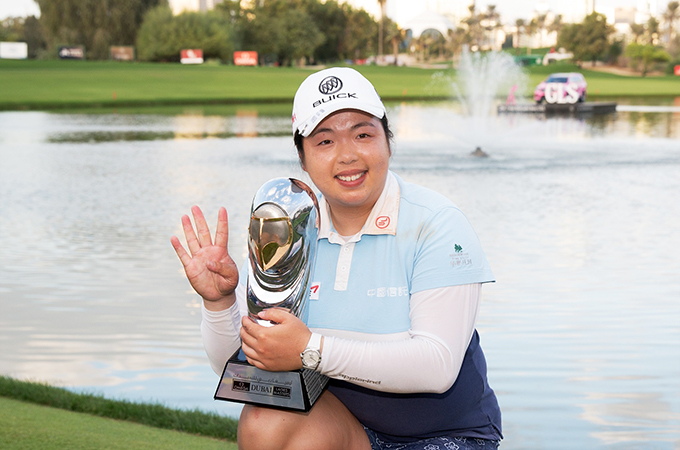