The first new Lagonda super saloons – billed by Aston Martin as "the finest of fast cars" - will reach customers in the Middle East early next year.

Addressing media and VIP guests at the November 10 launch in the Al Qasr Hotel, Madinet Jumeirah, CEO Dr Andy Palmer Dr Palmer revealed that the Lagonda, which is being built in a strictly limited series initially only for customers in the Middle East, will be known as the Lagonda Taraf in this market.

The return of Lagonda follows in the wake of other headline-grabbing projects unveiled by the luxury British brand in recent years such as the One-77 hypercar, V12 Zagato and last year’s CC100 Speedster Concept.

Based on the brand’s almost VH architecture, the new saloon draws inspiration from the highly sought-after William Towns-designed Lagonda of 1976 and features many of the same cutting-edge engineering techniques seen in modern Aston Martin sports cars such as the use of carbon fibre body panels.

It is hand-built by the finest craftsmen and women at Aston Martin’s manufacturing facilities in Gaydon, Warwickshire, in a dedicated building previously given over to the creation of the One-77 hypercar.

The new super saloon is being offered for sale by invitation only with precise pricing details remaining confidential.

Dr Palmer said: “It is a privilege to be here in Dubai to introduce the exceptional new Lagonda Taraf. The Lagonda nameplate has always had a particular appeal for our customers in the Middle East, and I’m sure those who take the opportunity to purchase the new Lagonda will be proud to own what will doubtless go on to become a piece of luxury automotive history.”

The Lagonda Engineering Company, founded by American Wilbur Gunn in 1899, made its first motor car, a three-wheeler, in 1906 in Middlesex, England.

The company went on to establish itself as a rival to other luxury sports car makers of the time, with Bentley’s founder W O Bentley for a time designing engines for Lagonda.

The brand triumphed at Le Mans in 1935, and was bought by Sir David Brown in 1947 to sit alongside his acquisition of Aston Martin.

A Lagonda-branded saloon GT, the Rapide – based on a DB4 – was produced in 1961, while the striking William Towns’ Lagonda was launched in 1976, going out of production finally in 1990.

In 2009 Aston Martin unveiled a Lagonda concept SUV at the Geneva motor show to mark the centenary of Lagonda’s first four-wheeled car in 1909.

The Lagonda Taraf will sport an Aston Martin 6.0-litre V12 engine and the first cars will be delivered to the Middle East in early 2015. 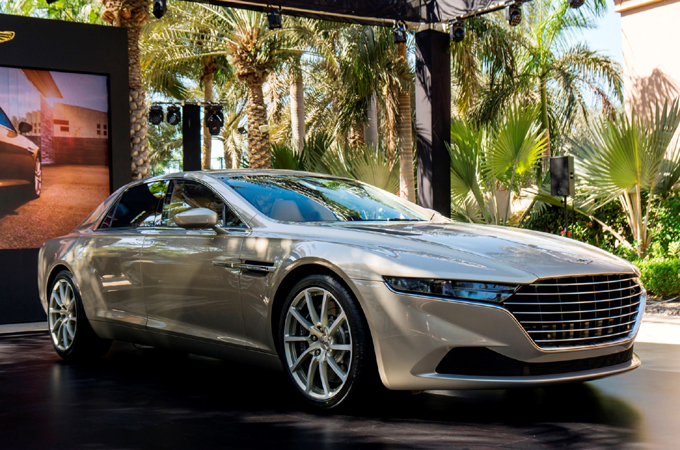 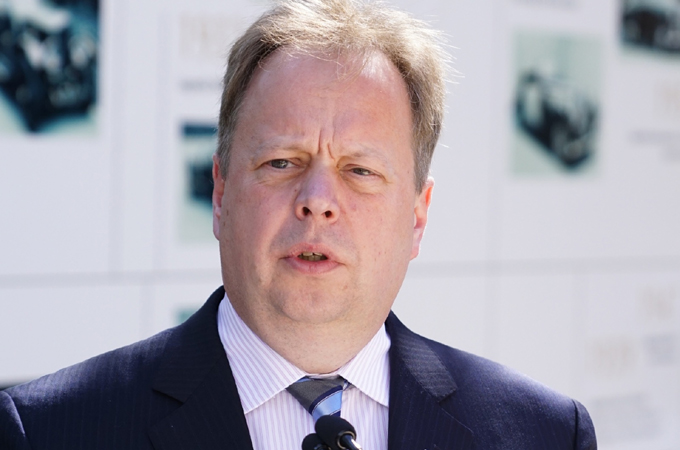 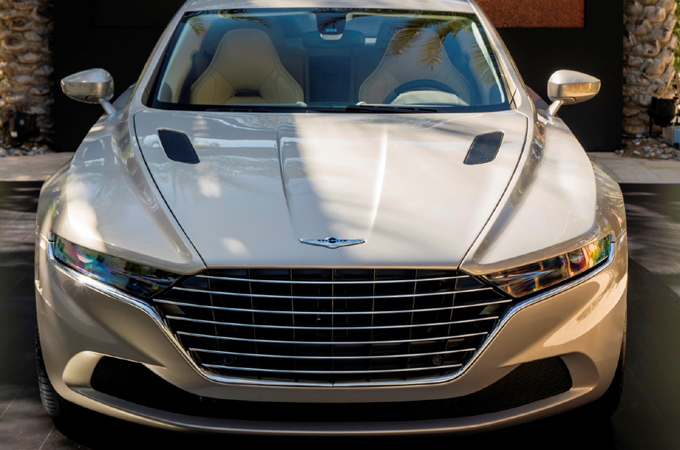