Gems and jewelry worth close to nearly $800 million have gone on display at Bahrain’s Jewellery Arabia exhibition, which opened its doors yesterday.

The event, which is being held at the Bahrain International Exhibition and Convention Centre (BIECC), was inaugurated by Deputy Premier Sheikh Ali bin Khalifa Al Khalifa yesterday.

Industry and Commerce Minister Dr Hassan Fakhro estimated that BD300 million ($795 million) worth of brooches, rings, necklaces, earrings, bracelets and more are on show at this year's edition, which he termed as “the largest exhibition in the history of Bahrain”.

India has the biggest presence at the event with 64 leading names represented by The Indian Gem and Jewellery Export Promotion Council (GJEPC).

Among Bahrain’s exhibitors is Al Hawaj, which has the distinction of having taken part in the event since its launch 23 years ago.

General manager Abdulwahab Al Hawaj said the company was exhibiting global brands and its popular collection of amber misbahs (Islamic rosaries), which was the “largest of its kind in the Gulf”.

Meanwhile, visitors can receive expert advice on the quality and authenticity of their diamond jewellery at a mobile laboratory being operated by the International Gemological Institute (IGI), the world's largest independent gem certification and appraisal institute for diamonds, coloured gemstones and jewellery.

Jewellery Arabia will continue at the BIECC until Saturday and is open to the public every day from 4 pm until 10 pm, except the final day when it opens at noon. 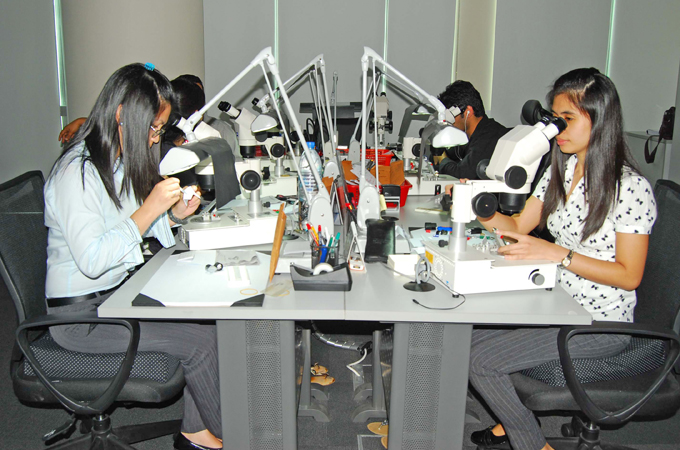