A new mixologist and Chinese chef at The Ritz-Carlton, Riyadh are taking food and drink to further heights of sophistication

There is, at one of Saudi Arabia’s top luxury hotels, a food and beverage revolution taking place. Fine traditions of culinary excellence which have long defined the brand now interact with new avenues of innovation, art and science, delivering new and unforgettable experiences for an increasingly adventurous entertainment-seeking public in the kingdom’s capital city.

At the palatial Ritz-Carlton, Riyadh, where superlatives are the norm, creativity and innovation, it seems, knows no bounds. Having earlier this year successfully launched inventive new coffee brewing techniques at its Chorisia lobby lounge – the first of their kind in the country – the award-winning property is now writing new chapters in its much decorated food and beverage story.

Both men were appointed with a mandate to bring new and exciting innovations to The Ritz-Carlton, Riyadh table – literally and figuratively – and both are certainly delivering, wowing guests and visitors with stunning masterpieces never before seen in Saudi Arabia.

For Schulte, a German national, the opportunity to showcase the complex interplay between exotic ingredients, flavours, nutrition, art and even science, which are constituent parts of mixology, for the first time in the Kingdom, is professionally alluring.

“Mixology is about endlessly innovating with ingredients, flavour combinations and presentation,” Schulte explains. “It is also about creating new experiences for guests who demand that something extra.”

Delivering ‘that something extra’ is the gauntlet that every ambitious and talented mixologist lays down for himself, and in Schulte’s case the days and weeks of meticulous planning, experimenting and perfecting the many combinations which comprise each and every signature beverage is very much a labour of love, drawing on equal measures of imagination, adventure, passion, skill and patience. “Every mixologist’s challenge is to achieve layers of flavour,” he explains. “It can take five days to get the perfect layering and depth, and then you have to work on presentation. You must push the boundaries if you want to challenge the palate.”

Schulte’s quest begins by using only the finest ingredients available from around the world: often exotic, occasionally rare, sometimes subtle in flavour, other times intense, nearly always imported. The palette off which he works is a unique mélange of produce, from plants and tree resins to pollen, and inevitably healthy. There’s organic charcoal powder, hydra salts, delicate butter pea flowers, organic aniseed and fennel oils, and a range of scents. There are difficult-to-source oils such as bitter orange oil, and cassia wood which is boiled for several days to release its intense, captivating aromas.

“You have to have a passion for what you’re doing,” says the master, who can be seen practising his craft with finesse, flourish and fanfare at Chorisia. “Although working with non-alcoholic drinks presents creative challenges, it is in fact an opportunity to really extend one’s skills,” Schulte explains.

He says the decision by The Ritz-Carlton, Riyadh to employ a full-time mixologist is symptomatic of the hotel’s philosophy of really pushing the envelope in the pursuit of memorable experiences. To do so, he also draws inspiration from the hotel’s kitchens, where renowned chefs offer advice on flavour combinations and ways to tailor beverages to the different themed outlets such as Hong, Azzuro and Turquoise.

One such expert is Peter Lee, who joined The Ritz-Carlton, Riyadh’s formidable culinary team in July this year. Like Schulte, his remit was simple in concept, if not challenging in execution: to re-invent the sumptuous Hong restaurant’s menu, which had established an excellent reputation for Chinese fine dining.

“My goal is to offer something different to diners in Riyadh,” he says simply. “I understand Saudi tastes and I want to share my international experiences with the diners here.”

Chef Lee certainly has the credentials to do just that. A graduate of Beijing’s famous Chaoyang District Vocational College of Cooking, his 20-year career has seen him work in the kitchens of five-star hotels and restaurants across the world. He has proudly served members of the Saudi and British royal families and, memorably, during the Olympic Games in his home city of Beijing, Jacques Rogge, a former president of the International Olympic Committee (IOC).

The menu at Hong, a blend of contemporary and classic dishes, is succinct yet stylish. Here, less is most definitely more, with an emphasis not just on taste but also on visual appeal. As such, every evening Chef Lee and his team embark on their unique interpretation of gastronomic theatre, with each dish playing a starring role.

It is a dazzling, colourful and classy display, but with The Ritz-Carlton, Riyadh one would really expect nothing less. 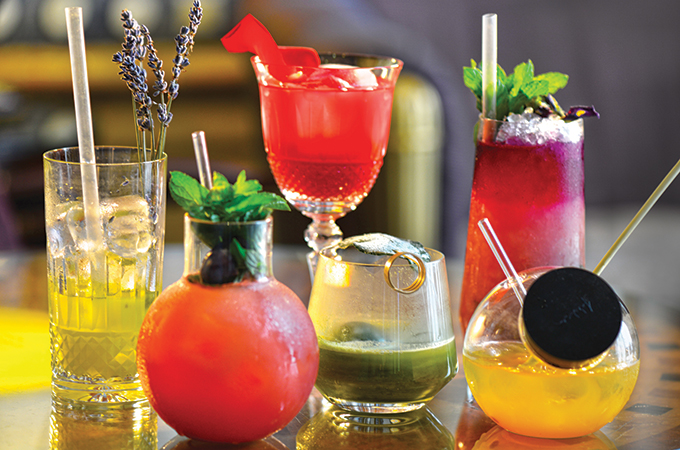 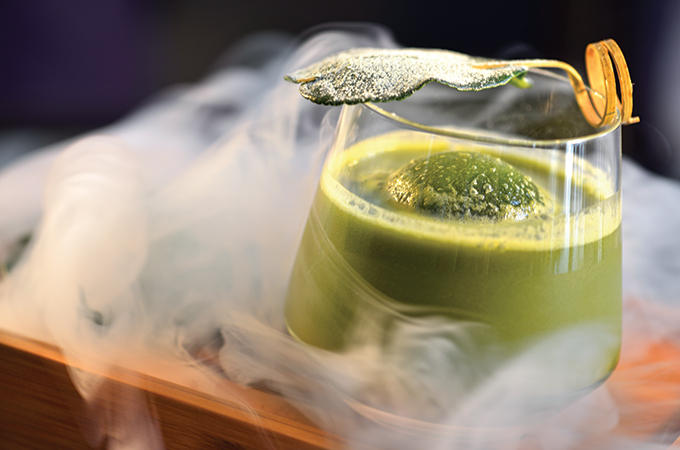 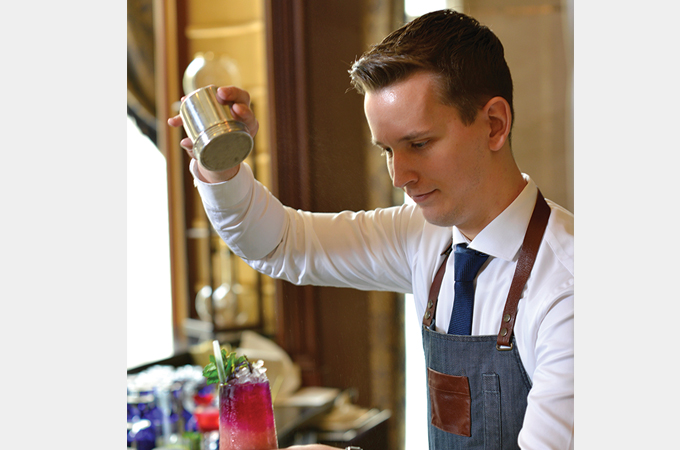 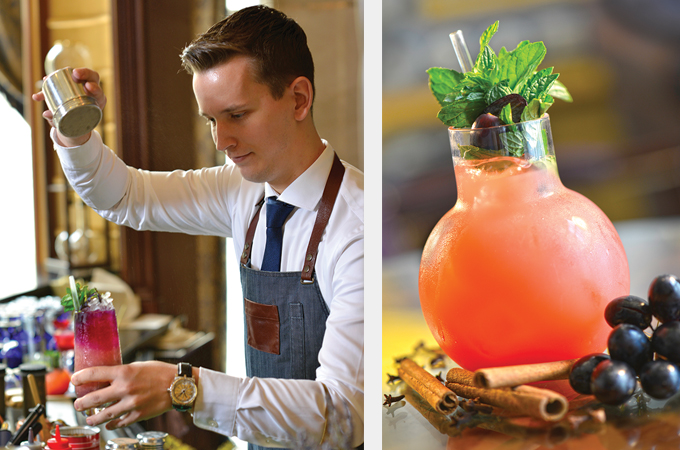 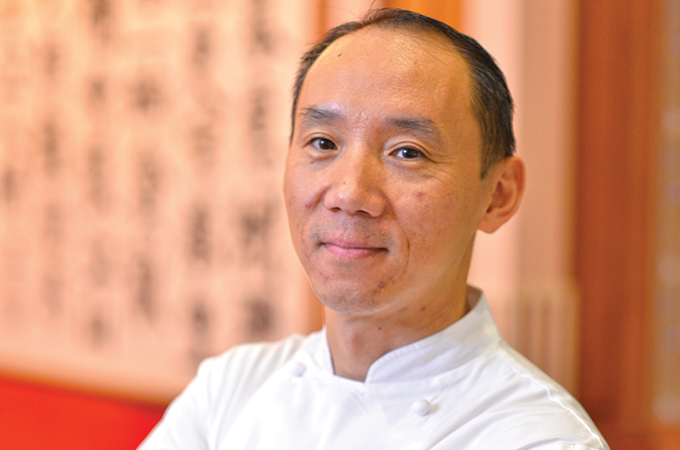 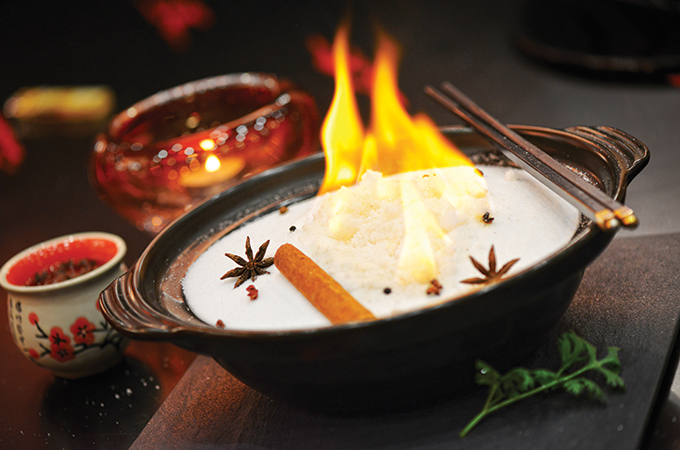 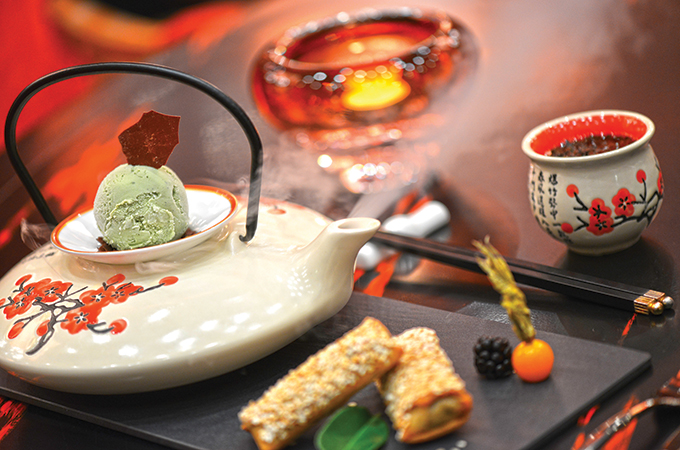 "
Mixology is about endlessly innovating with ingredients, flavour combinations and presentation, It is also about creating new experiences for guests who demand that something extra – Schulte