More than 600 exhibitors from 30 countries will be present at the 2014 edition of Jewellery Arabia, which opens its doors in Bahrain tomorrow.

On display will be a huge range of finished jewellery, luxury timepieces, precious stones, antiques, objets d’art, and jewellery packaging and technology from across the world.

Billed as the largest and most prestigious exhibition of its kind in the Middle East, Jewellery Arabia is held under the patronage of His Royal Highness Prince Khalifa bin Salman Al Khalifa, the Prime Minister of Bahrain.

The event will run from November 18 to 22 at the Bahrain International Exhibition and Convention Centre (BIECC) over a floor space of 16,000 sq m.

Now in its 23rd edition, Jewellery Arabia is expected to attract more than 48,000 visitors over its five days, according to Arabian Exhibition Management (AEM), the event’s organiser.

India will boast the biggest presence at the event with 64 leading names represented by The Indian Gem and Jewellery Export Promotion Council (GJEPC).

The participation and exhibit space by the council has increased as a result of the huge response received last year. GJEPC will also have a new look for the Indian pavilion at the 2014 show.

Spread over a significant 968 sq m of exhibition space, the Indian pavilion will once again showcase exquisite craftsmanship and jewellery collections comprising of high-end diamond jewellery, gold and platinum jewellery, and fine jewellery.

For the Middle East market, Indian participants will also focus on jewellery with colour stones, sapphires, emeralds, rubies and solitaire diamonds. This year, the Indian pavilion will be showcased in halls 1 and 2 with additional space taken in the entrance hall of the exhibition centre.

Commenting on the Indian pavilion’s participation, Vipul Shah, GJEPC Chairman, says: “Over the years, the Indian pavilion has gained remarkable recognition. This year, we have increased our presence and have a higher number of participants from India. The Middle East accounts for around 40 per cent of the gem and jewellery trade with India – a phenomenon that continues to grow at a steady pace.  With the growing importance of the Middle East, Jewellery Arabia 2014 is one of the most sought-after events among industry players.  We look forward to strengthening our ties with our Middle Eastern partners and to exploring new business opportunities beneficial to both nations.”

Hong Kong, meanwhile, will have the second largest pavilion at 684 sq m, with the Hong Kong Jewelry Manufacturers’ Association (HKJMA) bringing a 53-strong group of the territory’s leading jewellery firms to the show.

The HKJMA has been bringing groups to Jewellery Arabia since the event’s launch in 1992 and views the exhibition as an important trade partner for the Middle East region.

“Over the years, Hong Kong has gained a reputation for its unsurpassed mastery in jewellery design and gem setting craftsmanship. Each piece reflects innovative minds and distinct techniques in jewellery making,” says HKJMA Exhibition Manager Henry Lau. “In recent years, Hong Kong jewellery manufacturers have moved towards establishing their own brands as a means of guaranteeing trustworthy quality. Being the hub where East meets West, Hong Kong is inspired by oriental and foreign cultures to make extraordinary masterpieces which meet the needs of any market.”

“Jewellery Arabia is renowned for exhibiting finished jewellery of the finest quality in a world-class environment. We are very privileged to be representing and flying the flag for Britain in this prestigious exhibition. The pavilion is eager to take full advantage of this fantastic opportunity and visitor footfall,” says BJGI International Marketing and Events Manager Dave Kukadia.

“This year’s British group will display an array of distinctive, unique and breathtaking designs. British design is synonymous with creativity, flair and quality and Jewellery Arabia 2014 is the perfect catalyst to launch the designers and exhibitors into the international market,” he adds.

Thailand will be boosting its presence at Jewellery Arabia with its first ever pavilion at the event.

The pavilion will be hosted by the Gems, Jewelry and Precious Metal Confederation of Thailand (GJPCT) and Thai Gem and Jewelry Traders Association (TGJTA) in co-operation with Thailand’s Department of International Trade Promotion (DITP).

It will be presented under the theme ‘Ploi Thai Gems & Jewellery from Thailand’ and feature 17 reputed Thai gems and jewellery companies.

The debut of the Thailand pavilion will be also be marked by a Thai Night on November 19 at the BIECC. Open to the general public, activities include a Thai jewellery fashion show and authentic Thai cultural performances.

“We felt there was a niche in the market. Young working women do not have much choice when it comes to purchasing jewellery. It is either big diamonds with big prices or small diamonds which have no effect. At Jewellery Arabia, we bring together a selection of jewellers who produce beautiful pieces at prices which the young working woman can afford,” says Al Khalifa.

“The brands represent timeless and statement jewellery, pieces which enhance and lighten up any look,” she adds.

Meanwhile, winners of the 2014 Middle East Premier Awards for Jewellery and Pens will be revealed at a gala awards ceremony at the Ritz Carlton Hotel tonight.

The awards, which are held alongside the exhibition, have attracted more than 200 entrants.

Launched in 2006 and hosted by PP ME, publishers of the Arabian Watches & Jewellery magazine, the awards recognise and reward the best brands in their respective categories through a rigorously screened process monitored by independent, representative, unbiased, and experienced professionals.

This year’s awards recognise excellence in design and conceptualisation in 10 different categories of jewellery and pens apart from three individual awards for outstanding Young Arab Designers.

The Gemological Institute of America (GIA) will also be present at Jewellery Arabia, and conduct a series of complimentary seminars as a part of its mission to educate the public on gems and jewellery.

GIA representatives will be available to discuss educational opportunities and laboratory services.  Institute experts will offer attendees – ranging from the trade to consumers and connoisseurs – insights into the different aspects of gems and jewellery.

As the creator of the famous 4 Cs of diamond quality and the 7 Pearl Value Factors, GIA is considered the world’s foremost authority in gemology. Seminar topics include diamonds, coloured stones, pearls, how to read GIA grading reports and consumer tips for purchasing jewellery.

Jewellery Arabia is free to the public, but children under 16 will not be allowed.

However, a supervised crèche is available at a nominal fee. 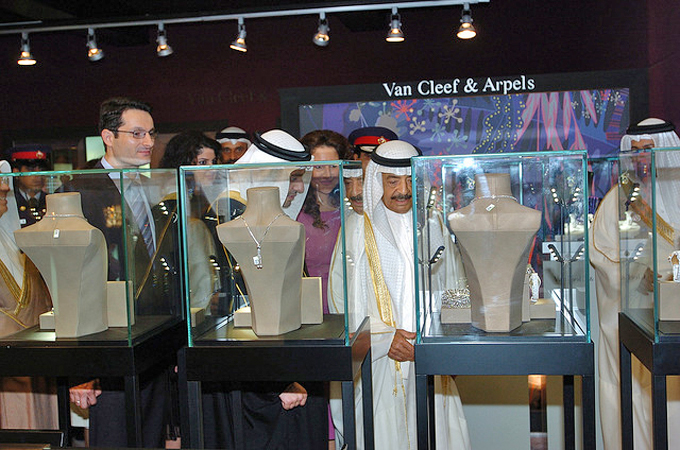 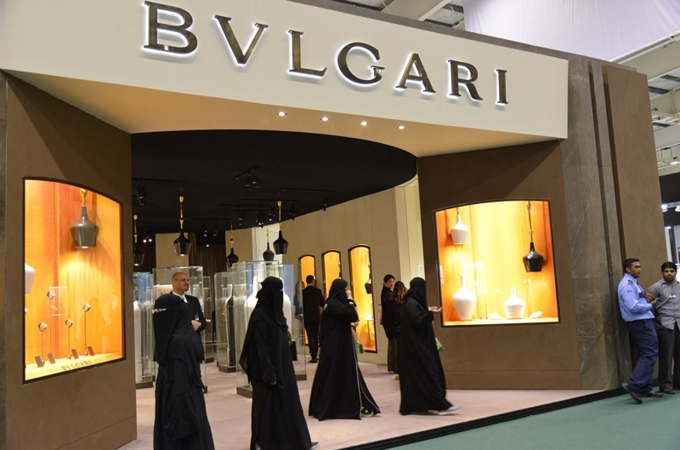