Italian luxury car manufacturer Maserati celebrated its centenary with a drive event in the serene setting of Muscat, Oman.

Media guests from South Africa to Japan tested Maserati’s current line-up of 2015 cars including all variants of its most recent models, the Maserati Quattroporte and Ghibli, and befitting the occasion, the Maserati GranTurismo MC Stradale and GranCabrio MC Centennial Editions in an event reflective of Maserati’s history, present and future.

Umberto Cini, Managing Director of Maserati Global Overseas Markets, said: “2014 is an important year for Maserati. We are celebrating our centennial anniversary – an important milestone where we honour our history, but at the same time keep our eyes firmly fixed on the future. Through exciting new products, strong investment into production facilities and network infrastructure as well as by entering new markets, we are on track to achieving our global goal of producing 50,000 Maseratis per annum while remaining true to what Maserati stands for.”

In addition to the successful GranTurismo and GranCabrio ranges, the latest generation of Maserati’s flagship sedan, the Quattroporte, and the new sports executive sedan, the Ghibli, provide the cornerstones to the brand’s growth strategy.

Over the next years Maserati will continue to expand its portfolio by introducing its first-ever model in the SUV segment and the Maserati Alfieri, a two-door coupe which was first presented at the 2014 Geneva Motor Show. A cabrio version of the Alfieri is also planned to arrive in 2018.

The marque’s engine portfolio will include a V6 with up to 520 hp, a V8 with over 560 hp and new diesel variants with up to 340hp; most of them in combination with either two- or all-wheel drive.

Maserati was established on December 1, 1914, in Bologna by its Alfieri Maserati and his brothers. Their passion and talent contributed to the company DNA: innovation, excellence, and challenge, which are reflected in the brand’s claim “The Absolute Opposite of Ordinary”.

Today, the company's headquarters and main production location are in Modena. A second state-of-the-art production location, based on the highest quality standards of the world class manufacturing (WCM) concept, was inaugurated in Grugliasco, near Turin, in 2013.

Maserati has been owned by the Italian car giant Fiat since 1993.

Its emblem, the trident, was inspired by the fountain on the Piazza del Nettuno in the center of Bologna. It is a symbol that ties together the brothers, their hometown, and the artistry and craftsmanship for which Bologna and Emilia-Romagna are known.

With its rich history based on its frankincense-trading past and Bedouin values, inspiring culture and beautiful landscapes, Muscat, described as “Arabia’s jewel”, was the perfect location for Maserati’s Centennial Drive.

The city of Muscat, lies sparkling white, topped with golden minarets in the middle of a maze of pleated mountains reaching down to the Arabian Sea. Guests were able to gain an insight into the Arabic culture in an almost pristine state and experience Oman’s natural beauty on the scenic routes selected for drivers to experience the full potential of the Maserati model range. 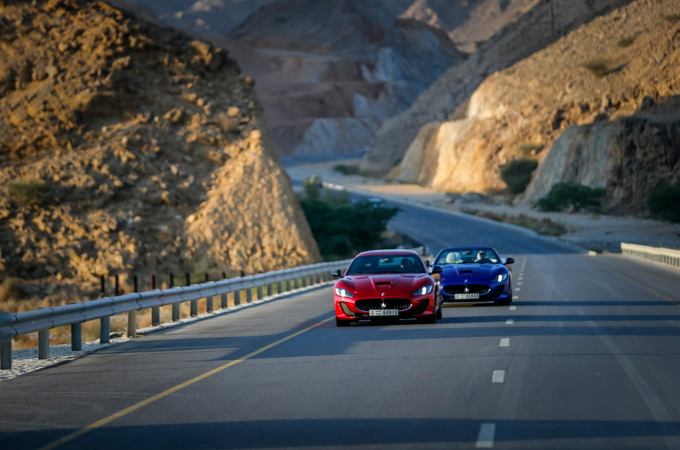 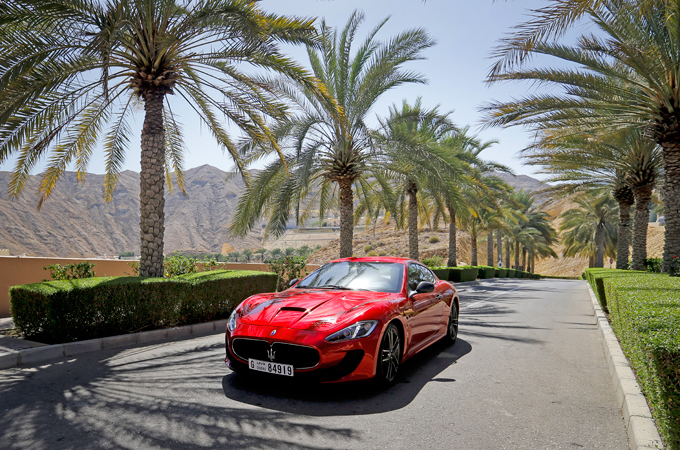 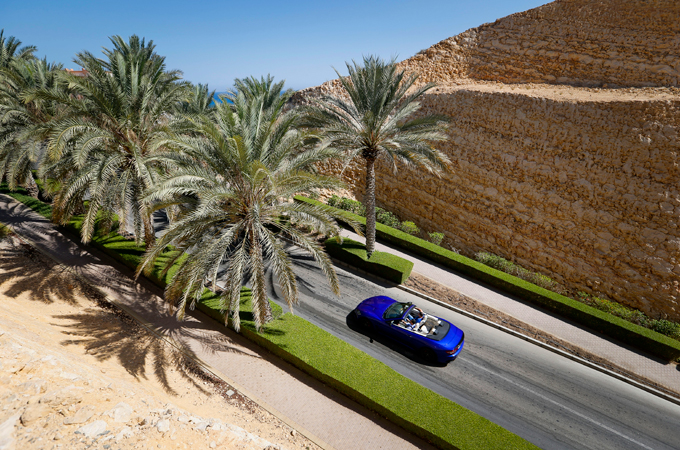 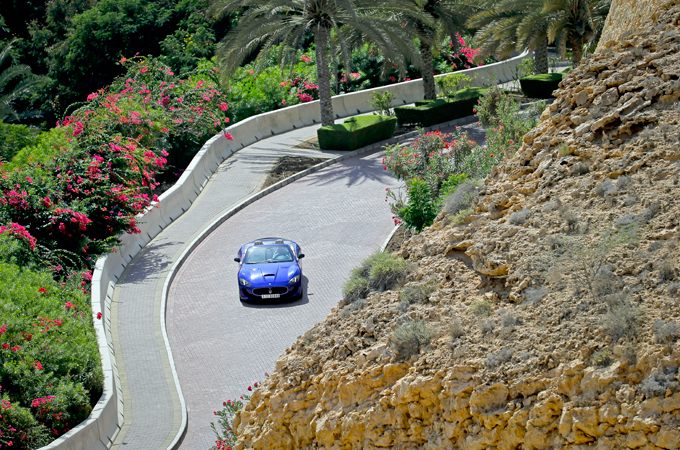 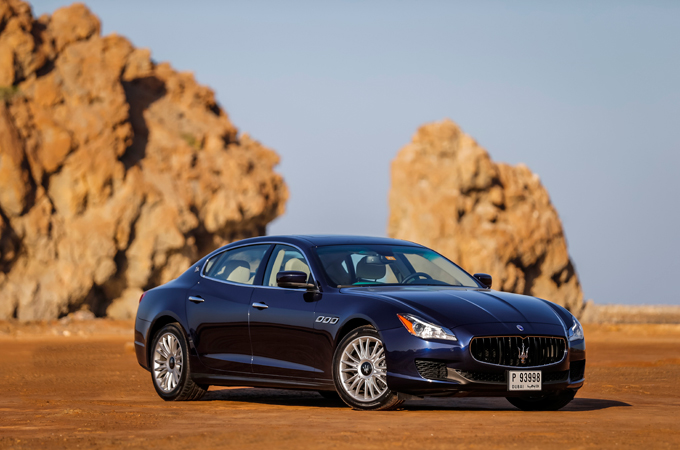 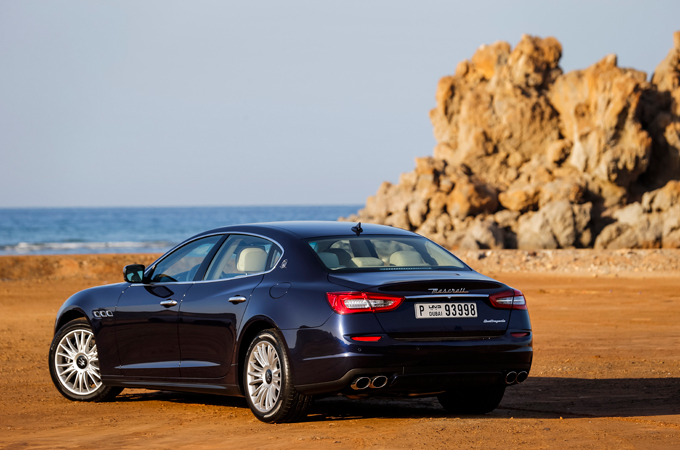 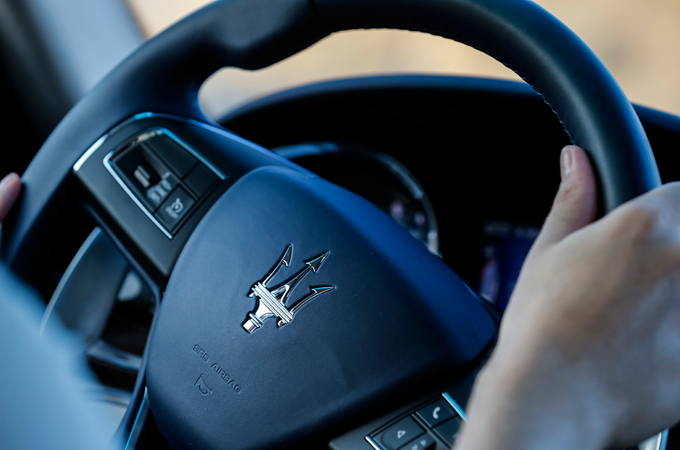