Porsche has rolled out two new Cayenne SUVs, which include the new 2015 Cayenne GTS as well as an entry-level model at the start of the range.

The biggest change for the 2015 Cayenne GTS is its engine, where the naturally aspirated V8 in the previous model has given way to a more powerful, cleaner 3.6-litre twin-turbo V6 engine.

The engine packs 440 hp and 602 Nm of torque, which is 20 hp and 52 Nm higher than the Cayenne S that utilises the same drivetrain. Its consumption is lower and it delivers improved levels of performance.

The Cayenne GTS accelerates from 0 to 62 mph in 5.2 seconds, or just 5.1 seconds with the optional Sport Chrono package, and onto a top speed of 162 mph. As standard it has a sports exhaust system, which provides the familiarly deep GTS soundtrack.

Thanks to its chassis the Cayenne GTS captivates drivers with its unmistakable lateral dynamics. The Porsche active suspension management (PASM) damping system has a sporty set-up. With the standard steel-spring suspension the vehicle sits 24 mm lower, while with the optional air suspension the figure is 20 mm. Further standard features include brakes from the Cayenne Turbo, inclusive of brake callipers painted red in typical Turbo fashion.

The Cayenne GTS has as standard the Turbo nose section with large air intakes and the Sport Design package, including more contoured side sills and wheel arch extensions. The latter, like the roof spoiler and lower rear of the vehicle, are painted in the body colour. Black provides some striking contrasts: all lettering is in this colour, as are the 20-inch wheels in the RS Spyder design, the exhaust tailpipes, the bi-xenon headlights' inner apertures and the fitment of darkened LED rear lights. There's a new feature on the front doors: striking GTS lettering.

The sporting character continues on the inside. Eight-way adjustable GTS sports seats in leather/Alcantara upholstery, including ‘GTS’ lettering on the head restraints, are fitted as standard. The interior GTS package is optionally available in carmine red or rhodium silver with rev counter face, decorative stitching, head-restraint lettering and safety belts in contrasting colour.

Meanwhile, the new base model Cayenne has a 3.6-litre V6 naturally aspirated engine delivering 300 hp which accelerates the SUV from 0 to 62 mph in 7.7 seconds or 7.6 seconds with the optional Sport Chrono package. At 143 mph, top speed matches the level of the previous model. Fuel consumption is also lowered.

The Cayenne and Cayenne GTS are celebrating their world premieres on November 19 at the 2014 Los Angeles Auto Show in the US. 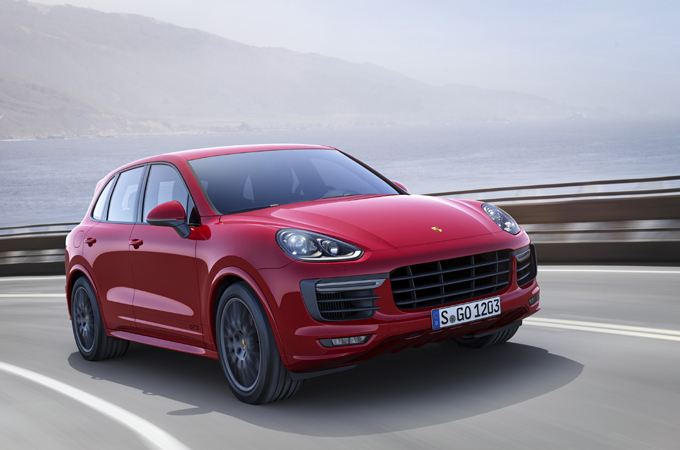 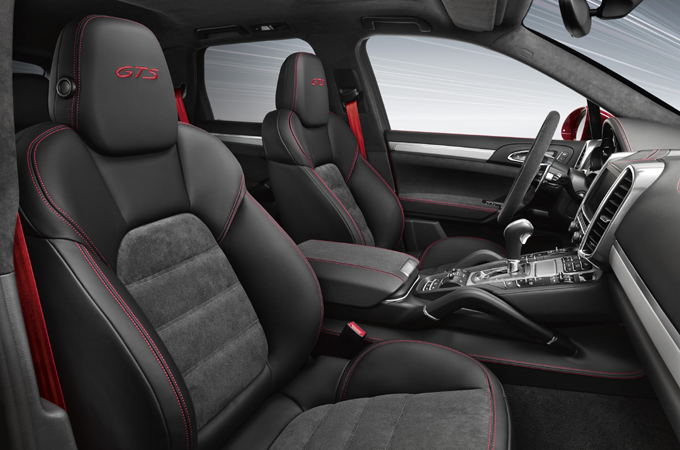