BMW M has unveiled its first high-performance car with electrified drive system as part of the company’s Golden Jubilee celebrations, opening up the inimitable M feeling to new target groups and markets.

The newly developed M Hybrid drive system, an extravagant design and the progressive luxury ambience inside the BMW XM come together to create a fresh interpretation of the Sports Activity Vehicle (SAV) concept for the high-performance segment.

The highlight of the brand’s model offensive in its 50th anniversary year, the BMW XM is also the first BMW M original since the BMW M1. Precisely crafted flourishes in the exterior design of the high-performance SAV recall the legendary mid-engined sports car.

Production of the BMW XM will get underway at BMW Group Plant Spartanburg in the US in December 2022 before it arrives at dealers in the Middle East and worldwide in Spring 2023.

Dr Hamid Haqparwar, Managing Director of BMW Group Middle East, said: “Today marks a key milestone as we welcome the BMW XM – the most powerful BMW production car, ever. Developed with the Middle East in mind, the BMW XM perfectly combines the best of our X and M worlds into an all-new form of luxury and sense of interior space. This also makes it the very first hybrid BMW M model, a defining moment for our journey towards electrified performance.”

The M Hybrid drive system in the BMW XM delivers an overall output of 480 kW/653 hp (generated by the combination of the combustion engine with up to 360 kW/489 hp and the electric drive system with up to 145 kW/197 hp). It is underpinned by a newly developed, classically high-revving V8 engine with cutting-edge M TwinPower Turbo technology.

The intelligently managed interplay between engine and motor delivers a well-resolved performance experience worthy of the M badge in all driving situations. It is defined by an immense build-up of power that begins instantaneously and is sustained throughout the rev range. The BMW XM sprints from 0 to 100 km/h (62 mph) in 4.3 seconds, accompanied by an energy-charged soundtrack of rare emotional appeal for an eight-cylinder unit.

The M Hybrid button on the centre console is used to select one of three operating modes, including an Electric setting for cruising with zero local emissions at speeds of up to 140 km/h (87 mph). This is thanks to the lithium-ion high-voltage battery mounted in the car’s underbody and the 25.7 kWh of usable energy it provides. The Combined Charging Unit in the BMW XM enables AC charging at up to 7.4 kW.

The exterior design of the BMW XM is a statement of exclusivity, presence and performance. The proportions of a modern SAV, powerful contours, a dynamically stretched silhouette, M-typical design cues, a reworked interpretation of the front-end look created for BMW’s luxury-segment models and a host of distinctive accents give the XM a singularly extrovert aura.

The expressive style of the BMW XM’s exterior design continues inside the cabin. The cockpit and front seats are designed entirely around an active driving experience. A generous feeling of space, high-quality materials and extravagant design transform the rear of the BMW XM into an exclusive M Lounge. 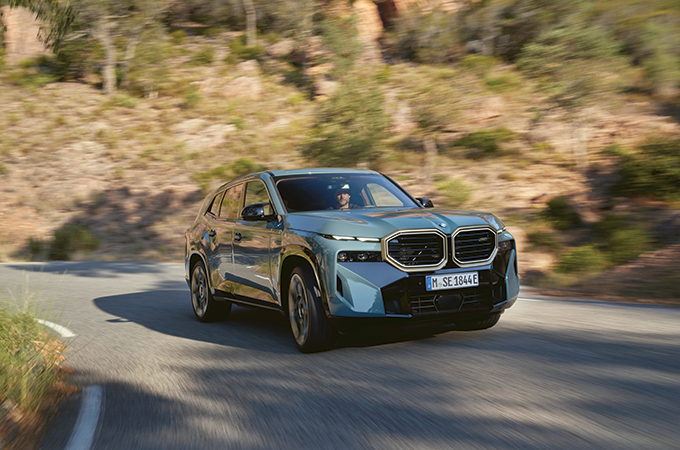 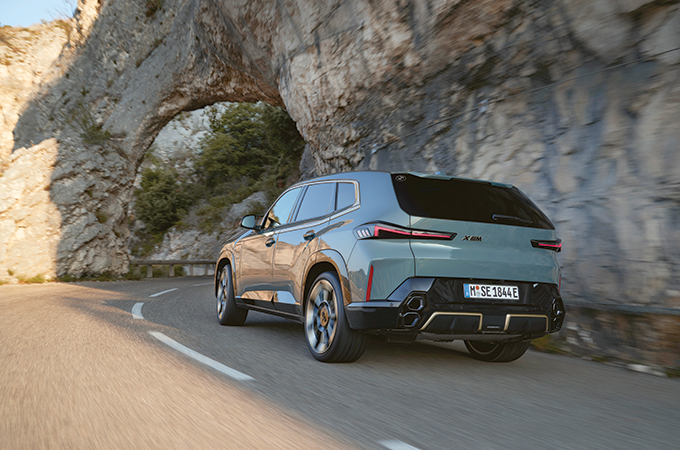