Bentley Motors, which is on course for a record 2014, has won a prestigious award that honours the best British luxury brands.

The automaker scooped the award for British Luxury Brand Overseas at the prestigious Walpole Awards, which was held at the Victoria & Albert Museum in London, UK, last night.

“We are delighted to receive this recognition of Bentley as the most sought-after luxury car brand in the world,” said Kevin Rose, member of the board for sales, marketing and aftersales. “Our sales are at a record level as we develop our vision to become the global luxury brand.”

“With our distinctive heritage and character as the premier British automotive manufacturer, we combine the best of British quality, style and craftsmanship with a broad appeal to discerning global customers who value our unique combination of luxury and performance.”

Walpole is a unique alliance of Britain’s finest luxury brands representing a diverse range of businesses.

They are all united by their commitment to the best – in quality, design, service, tradition and innovation. Together, Walpole members number more than 160 and represent an industry which is a leading creator of jobs in the UK and a major contributor to the UK economy.

Walpole takes its name from the statesman Sir Robert Walpole, famous for his promotion of overseas trade.

The organisation promotes Britain’s global reputation as a vibrant commercial and cultural nation through promoting the products and services of its members.

2013 was Bentley’s record year in the company’s 95-year history, with the company selling a record 10,120 cars worldwide, including a record 1,185 cars in the Middle East.

This year the manufacturer says it is on track for another record year, following a 23 per cent increase in deliveries in the first half of 2014.

Bentley Motors’ headquarters in Crewe is home to all of its operations including design, R&D, engineering and production of the company’s three model lines, Continental, Flying Spur and Mulsanne.

The combination of fine craftsmanship, using skills that have been handed down through generations, alongside engineering expertise and cutting-edge technology is unique to UK luxury car brands such as Bentley. It is also an example of high-value British manufacturing at its best. Bentley employs around 3,700 people at Crewe. 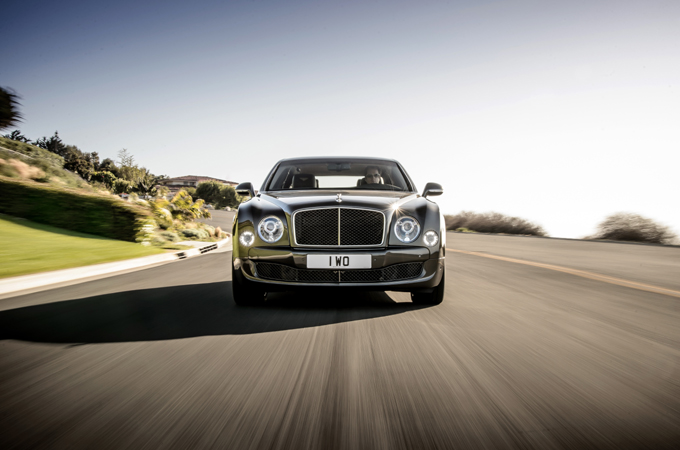