The new Avanti EVO builds on the highly renowned Avanti P.180 platform, and brings a host of improvements and upgrades to boost efficiency, reduce operating costs, provide greater levels of comfort for passengers, and be even kinder to the environment.

With a maximum speed of 402 KTAS (/745 kmph), the Avanti EVO is the fastest turboprop in the world and faster than many jets – doing so at fuel economy and emissions levels significantly below that of rival aircraft, according to the manufacturer.

Amongst its many improvements, the new Avanti EVO features:

• Airframe improvements including winglets, redesigned nacelles, and a reshaped front wing to help boost efficiency and cut emissions by 3 per cent. Climb performance also increases by 3 per cent.

• New five-blade scimitar propellers, which combine with aerodynamic changes to considerably reduce external noise by 68 per cent to 5 dB(A), making the Avanti EVO a better neighbour. Passenger comfort is further improved thanks to an internal noise reduction by 20 per cent to 1 dB(A) to the whisper quiet Avanti EVO signature cabin.

• The introduction of an Increased Range Configuration option increases the maximum range by 17 per cent from 1,470 nm to 1,720 nm.

• New cabin air-conditioning and lighting systems that give passengers even greater control over cabin comfort.

“The new Avanti EVO represents excellence and provides everything business aviation requires to meet the increasing demands on time. It improves performance and delivers more for our customers but with even greater efficiencies, all combined with our unbeatable Italian style,” says Alberto Galassi, Chairman of Piaggio Aero Industries. “It marks a historical moment under the new ownership of Mubadala, and vividly displays its commitment to Piaggio Aero and our aircraft, and investment in major new production facilities.”

Carlo Logli, Chief Executive Officer of Piaggio Aero, says: “The Avanti design has become an icon for safe, efficient, and comfortable travel, that combined all the strengths of a turboprop with the speed of a light jet. It is with great pride that I see the next stage in its contribution to business aviation, in the shape of the Avanti EVO. As Piaggio Aero embarks on a new chapter in its growth and future development, thanks to the support of our shareholders, the new aircraft is a perfect starting point that underpins future growth.”

A range of new activities encompasses a number of initiatives including a close monitoring and consolidation of the stock inventory to improve parts availability, closer ties with authorised service centres to improve service to suit customers’ needs, and the creation of a bespoke integrated lifecycle programme called Parts Total Care.

The brand new Parts Total Care is a modular and customisable new programme designed to cover operators’ spare parts requirements for factory-delivered new Avanti EVO aircraft, that provides customers with an accurate and reliable cost through a competitive rate per flight hour.

Coupled with the other service network improvements currently ongoing, the innovative programme gives owners and operators a major advancement in budget control and aircraft management.

Avanti EVO is the latest chapter in the story of the aircraft which rewrote the rulebook on aviation elegance, design, and performance, says a spokesman for Piaggio Aero Industries.

“Avanti EVO blends the very best of Italian style, peerless craftsmanship, and intelligent thinking to create an aircraft that stands alone for its values. With greater range, faster climb, reduced fuel costs, a lower noise footprint, added safety systems, and a more luxurious cabin, Avanti EVO is yet another step forward,” he concludes.

Piaggio Aero Industries is active in civil and ISR (intelligence, surveillance and reconnaissance) aircraft design, manufacturing, maintenance and overhaul and also manufactures aero-engine parts, while managing repairs and engine overhauls under licence. It is based in Genoa, Finale Ligure, and a new state-of-the-art centre of aviation excellence under completion in Villanova d’Albenga.

Piaggio America, the subsidiary covering marketing, sales and customer support in the Americas is based in West Palm Beach in Florida, US.

Piaggio Aero’s flagship product is the Avanti EVO, the fastest, most advanced executive/multi-utility turboprop in the world, offering the speed of a light/mid-size jet, and the comfort of a large, whisper quiet full stand-up cabin, with fuel efficiencies 40 per cent greater than most business jets.

The new vision of Piaggio Aero is maintaining its role as a global brand in business aviation and to become a prominent player in the surveillance and security sector producing leading-edge unmanned aerial systems and world-class multirole patrol aircraft. The company is working on two new ISR aircraft programmes: the P.1HH HammerHead, and the Piaggio Aero MPA Multirole Patrol Aircraft.

Mubadala Development Company, which is driving the economic diversification of the emirate of Abu Dhabi in the UAE, owns 98.05 of Piaggio Aero’s share capital, and Piero Ferrari owns the remaining 1.95 per cent. 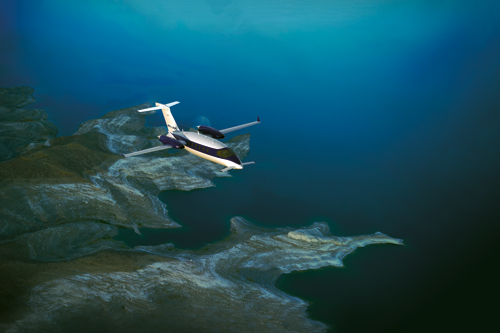 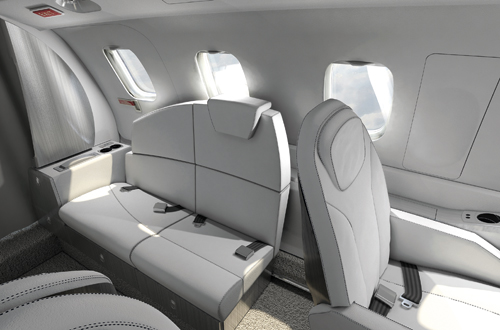