The USA dominates the world’s Top 20 cities with the most millionaires in 2022, with New York taking the crown with 345,600 millionaires.

Tokyo is in 2nd place with 304,900 resident high-net-worth individuals (HNWIs) worth over $1 million, and London, the wealthiest city in the world for many years, drops to 4th place below the San Francisco Bay Area with just 272,400 resident millionaires, according to the latest Henley Global Citizens Report, which tracks private wealth and investment migration trends worldwide.

City-state Singapore (5th), Hong Kong (SAR China) (12th), Frankfurt (13th), Toronto (14th), Seoul (16th), and finally Paris — plummeting three places since last year to scrape in at 20th position — make up the rest of the 2022 ranking. Houston is the biggest climber, jumping up 4 places since 2021, and Hong Kong is the biggest faller, crashing down 4 places from 8th place last year.

The Q3 Henley Global Citizens Report released today by leading international residence and citizenship by investment advisory firm Henley & Partners features exclusive data from the global wealth intelligence firm New World Wealth, and reveals the world’s 20 wealthiest cities with the most resident millionaires (namely, individuals with wealth of $1 million or more), as well as the five wealthiest cities in each major region, and the 25 fastest growing cities in the world in terms of millionaire growth in the six months to 30 June 2022 (year-to-date).

Dr Juerg Steffen, CEO of Henley & Partners, points out that 14 of the Top 20 wealthiest cities in the world are in countries that host formal investment migration programs and actively encourage foreign direct investment in return for residence or citizenship rights.

“The right to live, work, study, and invest in leading international wealth hubs such as New York, London, Singapore, Sydney, and Toronto can be secured via residence by investment. Individuals of talent and means should not limit their lives and business interests to one country. Being able to relocate yourself, your family, or your business to a more favorable city or have the option to choose between multiple different residences across the world is an increasingly important aspect of international wealth and legacy planning for private clients.”

The millionaire populations of Dubai, Mumbai, and Shenzhen are growing quickly, and these three cities are expected to break into the top 20 wealthiest cities by 2030, according to Andrew Amoils, Head of Research at New World Wealth.

Dubai currently ranks 23rd globally and is already home to 67,900 millionaires, 202 centi-millionaires (those with net assets of USD 100 million or more), and 13 billionaires.

The emirate has a highly diversified economy, which is strong in multiple key sectors including basic materials, hotels, financial services, oil and gas, real estate, retail, and transport. Affluent parts of Dubai include Emirates Hills, Jumeirah Golf Estates, and the Palm Jumeirah.

Currently ranked 30th, Shenzhen is home to 43,600 millionaires, and is widely seen as the hi-tech capital of China and home to the Shenzhen Stock Exchange — the seventh-largest stock market in the world by market cap. Major companies based in the city include Huawei, Tencent, and ZTE.

“This is mainly due to stock market rises in these markets and a big increase in Brent crude prices. Other interesting cities on the fastest-growing list include Lugano, an increasingly popular Swiss hotspot for affluent retirees from Europe. Bengaluru, known as the ‘Garden City’ and the ‘Silicon Valley of India’ is also gaining millionaires due to its rapidly growing IT, biotechnology, and business process outsourcing sectors. Hangzhou, one of the most scenic cities in China, is another wealth magnet to watch.”

According to the latest data in the Henley Global Citizens Report, Lisbon is also a high-growth millionaire up-and-coming wealth hub that is fast becoming a popular destination for affluent families from Brazil, China, South Africa, Turkey, the UK, and the USA, as well as from the rest of Europe.

Portugal’s Golden Residence Permit Program continues to hold the top spot in terms of applications processed and enquiries received by Henley & Partners in the first six months of 2022. As Dominic Volek, Group Head of Private Clients, points out, more HNWIs are turning to residence and citizenship by investment programs to protect their families’ security and shield their wealth and their legacies from ongoing regional and global volatility.

“At Henley & Partners, Q2 2022 has been unparalleled in terms of program applications, with the highest number on record, and growth of 45% compared to Q1 and 30% compared to Q2 2021. For those on a quest for a cosmopolitan lifestyle in an affordable EU member state, Portugal is the perfect solution, with its flexible Golden Residence Permit program and favorable non-habitual-resident tax scheme.”

The Montenegro Citizenship by Investment Program is placed second overall for applications processed by Henley & Partners between January and June 2022, making it the most sought after citizenship by investment program globally, and together with Portugal, indicating the strong pull of the European programs as a Plan B for most global investors.

Montenegro’s popular program closes in December this year and requires a minimum investment of EUR 250,000 in approved real estate projects and a donation of EUR 200,000 to the country. As Montenegro is an official EU candidate country that looks set to join the Bloc as early as 2025, the program has received substantial interest from forward-looking investors.

The next three programs in the top five for applications in the first six months of 2022 are all affordable citizenship by investment options hosted by Caribbean island nations — namely, Grenada, St. Kitts and Nevis, and St Lucia. 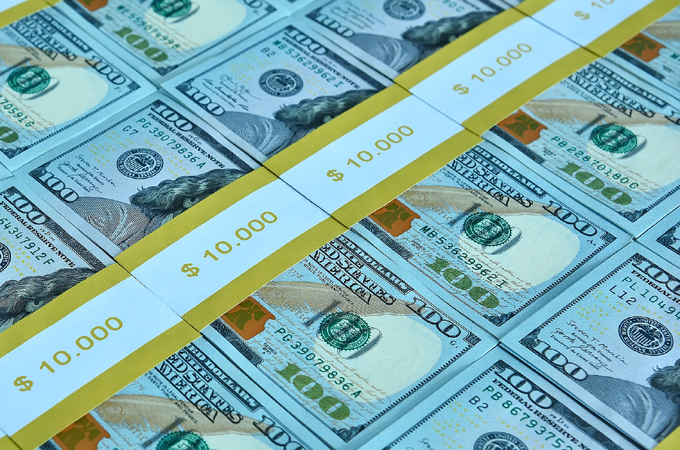