A 1965 Ferrari 275 GTB alloy-bodied Berlinetta - once considered to be the finest production Ferrari ever built - is to star in an upcoming Bonhams auction in New Bond Street in London, UK.

James Knight, Bonhams International Motoring Director, said: “This is a wonderfully original, long-term preserved, Ferrari 275 ‘Longnose’ Berlinetta offered from the Maranello Rosso Collection. It is one of the finest examples of its type that we at Bonhams have ever had the privilege to offer.”

From 1964 to 1968 almost 800 275 Berlinettas were produced, but just a fraction were the highly desirable longnose alloy variants.

This example, chassis 08035, has been inspected by renowned Ferrari authority Marcel Massini who described the motor car as “one of the very best cars from the Maranello Rosso Collection. A real gem”.

Finished in a beautiful shade of green, known as Verde Scuro it retains many of its original features, and has just 61,212 km recorded on the odometer.

Signor Palma was to keep the Ferrari for a little over 10 years, before selling it, in 1976, to Bellancauto SA of Rome, a company owned by mineral-water magnate, amateur racing driver and now legendary classic car collector Fabrizio Violati.

Subsequently this magnificent, completely unspoiled, Ferrari 275GTB became one of the star exhibits in the Violatti’s Maranello Rosso Collection museum in San Marino. 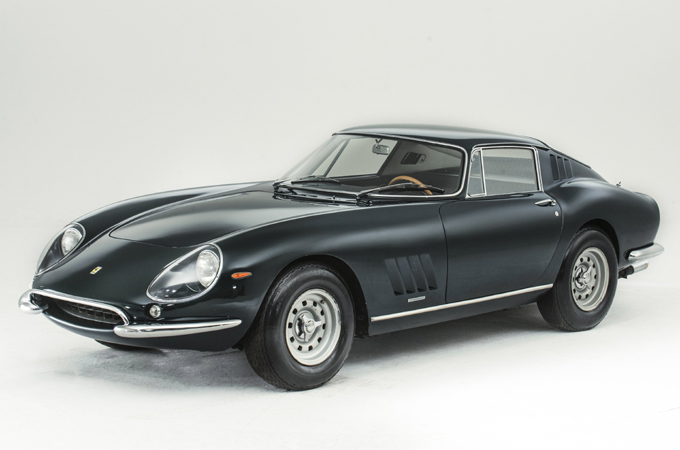