Inspired by the Mont Blanc mountain which was the original inspiration behind the maison’s creations, Montblanc has unveiled three new timepieces.

There are three key limited-edition models in this new Montblanc Star Legacy LE1786 Blue Capsule – an Automatic Date 39mm, a Moonphase 42mm, and a Chronograph 42mm. All of the models embrace the connection to the Mont Blanc with new glacier dials in dark blue.

The dials are decorated with a layered ice design that was inspired by the Mer de Glace, the main glacier of the Mont Blanc mountain. The centre of the dial is created using a special stamp that reproduces this glacier texture and celebrates “The Blue Hour”, this shade of intense blue falling upon the glacier at dusk when the moon rises and the stars begin to shine.

It was during this “Blue Hour” that Jacques Balmat became the first person to reach the summit of the Mont Blanc – at 18h23 on August 7 in 1786 – which also happens to be the number of these limited editions.

Balmat was not only fascinated by the mountain, but he was also seeking gold. It is for this reason that the dials of these new timepieces are adorned with rose-gold-coated indexes and hands, celebrating this adventurer but also providing an elegant contrast with the blue glacier colour.

There are many design elements that come into play in the Montblanc Star Legacy Collections. Their form is inspired by Minerva pocket watches from the beginning of the 20th Century with their pebble-shaped cases and domed sapphire crystals, front and back. They are also recognisable thanks to their onion crowns, with the Montblanc emblem on the crown and seconds hand.

Created in 1906, Montblanc was named after the famous Mont Blanc mountain which appealed to the brand’s founders as a symbol of luxury craftsmanship. The peak became a symbol for them to always strive for the greatest heights, and remains today, the brand’s inspiration.

The Montblanc emblem was created in 1913, representing a bird’s eye view of the Mont Blanc mountain with its six glacier valleys. It was this emblem that inspired the very first Montblanc Star Legacy watch collection in 1997, and which in turn, has energised this new capsule today. 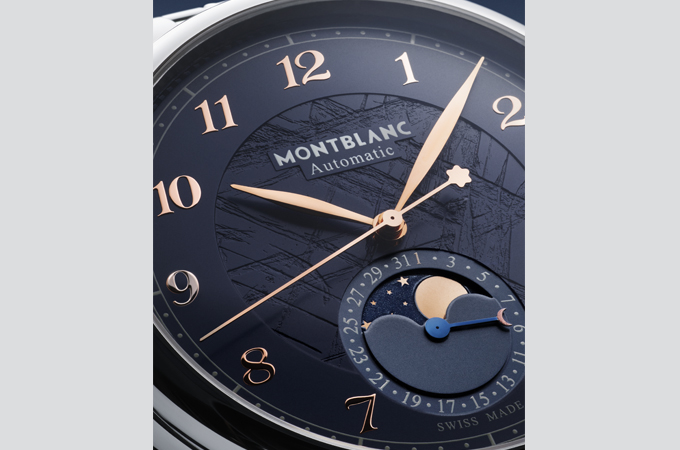 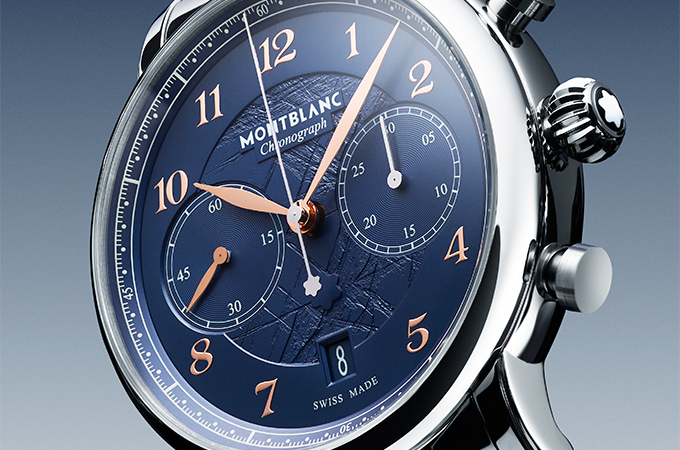