OMEGA is celebrating its legendary history and the magical qualities of its precise and delicate watch mechanisms with a stunning new campaign that turns watch calibres into dream-like worlds.

The inner workings of co-axial movements provide the perfect stage settings for a dynamic and playful celebration of the Swiss brand’s extraordinary achievements.

OMEGA’s latest campaign tells the story of its technical prowess and pioneering spirit with scaled down figures and iconic objects, set against the backdrop of enchanting, futuristic “watch-scapes”.

The centrepiece of the campaign is a visually compelling movie, created by the same studio that produced the 3D co-axial video, now showing at the OMEGA Museum. It is from here that OMEGA has drawn its eye-catching pictures and designs for print media and window displays.

Themes explored include moon landings, deep-sea adventures, sports timekeeping and, of course, precision watchmaking. Even Snoopy makes an appearance, as the famous cartoon beagle has links to OMEGA’s role in the safe return of Apollo 13.

With its magical/sci-fi aesthetic, OMEGA’s new campaign is sure to catch the eyes of watch fans around the world. The settings are otherworldly and the models charming, witty – and collectable.

Making a return appearance in the campaign is OMEGA’s Co-Axial Escapement, launched in 1999.  Its smaller contact surfaces mean less friction, less lubrication and greater reliability. It also works its magic as a sculptural feature in a cinematic landscape. 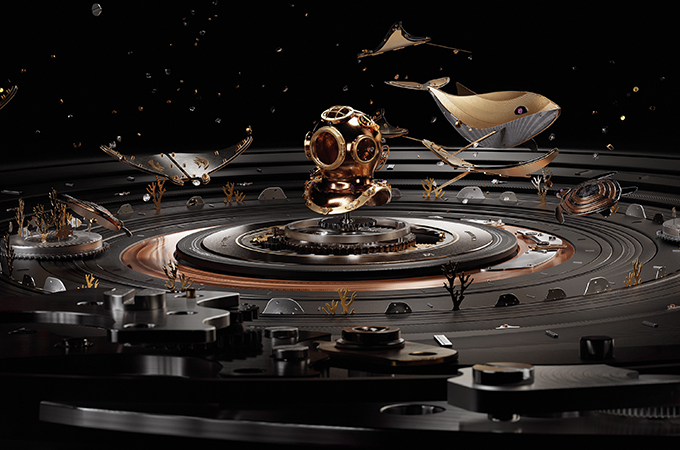 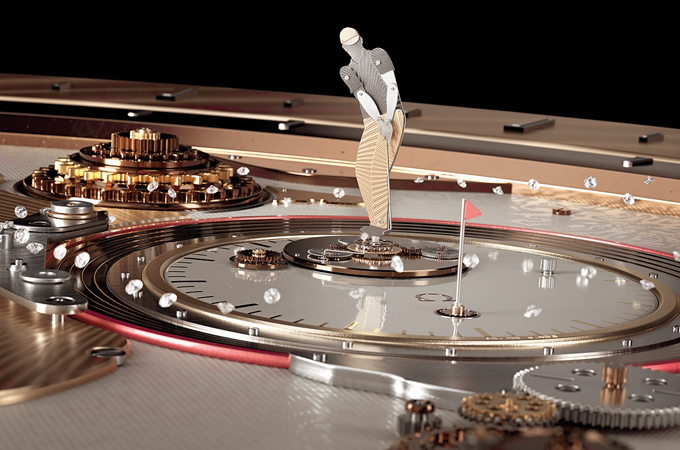