A Gulf International Bank (GIB) fund which invests in the debt of emerging market (EM) economies achieved a net return of 6.11 per cent in 2015.

The Emerging Markets Opportunities Fund (EMOF) managed another year of strong returns in a market beset by macro worries, the bank said.

GIB UK Chief Executive Officer Mark Watts commented: “We are delighted with the returns that the EM team continue to deliver to clients, it is a testament to their deep understanding of the markets that we are able to navigate difficult conditions and still manage a good positive performance for our clients”.

2015 was a year of monetary policy divergence with the European Central Bank announcing an aggressive quantitative easing programme and the Fed hiking rates for the first time since 2006. China growth concerns prompted the People’s Bank of China into cutting rates and a devaluation of the renminbi that subsequently led to a stock market crash in August now known as “China’s Black Monday”.

There was continued pressure on commodities prices, in particular oil which dropped to 11-year lows, given producers’ reluctance to cut supply and sluggish demand with the weakest global GDP growth post the 2007/08 financial crisis. Idiosyncratic issues in certain countries - such as financial sanctions in Russia, the Petrobras scandal, and ISIS incursions - were also at play and weighed negatively on global sentiment and emerging markets in particular.

Head of Asset Management Jose Canepa commented: “In a challenging year, we continued to deliver strong risk adjusted returns for both our hedge fund and long only portfolios in absolute and relative terms. We remain cautious in our investment approach but have been adding risk selectively. Entry levels are more attractive now than in 2015.”

EMOF is a Cayman domiciled debt hedge fund established in August 2010 and has achieved an annualised return since inception to the end of December 2015 of 7.31 per cent. It invests primarily in the debt of emerging market economies in hard currencies such as the US dollar.

In 2015 EMOF won “Credit Specialist 2015” at the Alt Credit Intelligence Awards, and “Hedge Fund 2015” at the FM MENA Performance Awards. It has been nominated 4 times as one of the best hedge funds in the Emerging Markets Fixed Income category for the EuroHedge Awards (from 2011 to 2013, and 2015).

The Bahrain-headquartered GIB is conventional wholesale bank owned by the six GCC governments, with Saudi Arabia holding a majority stake (97.2 per cent). In addition to its main subsidiaries Gulf International Bank (UK), and Riyadh-based GIB Capital, the bank has branches in London, New York, Dhahran, Riyadh and Jeddah, and was recently granted a licence for a corporate banking branch in Abu Dhabi, and a representative office in Dubai. It also has a representative office in Beirut, Lebanon. 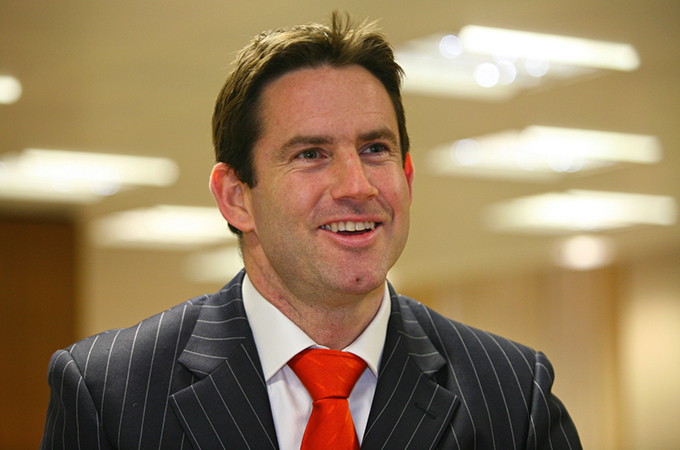